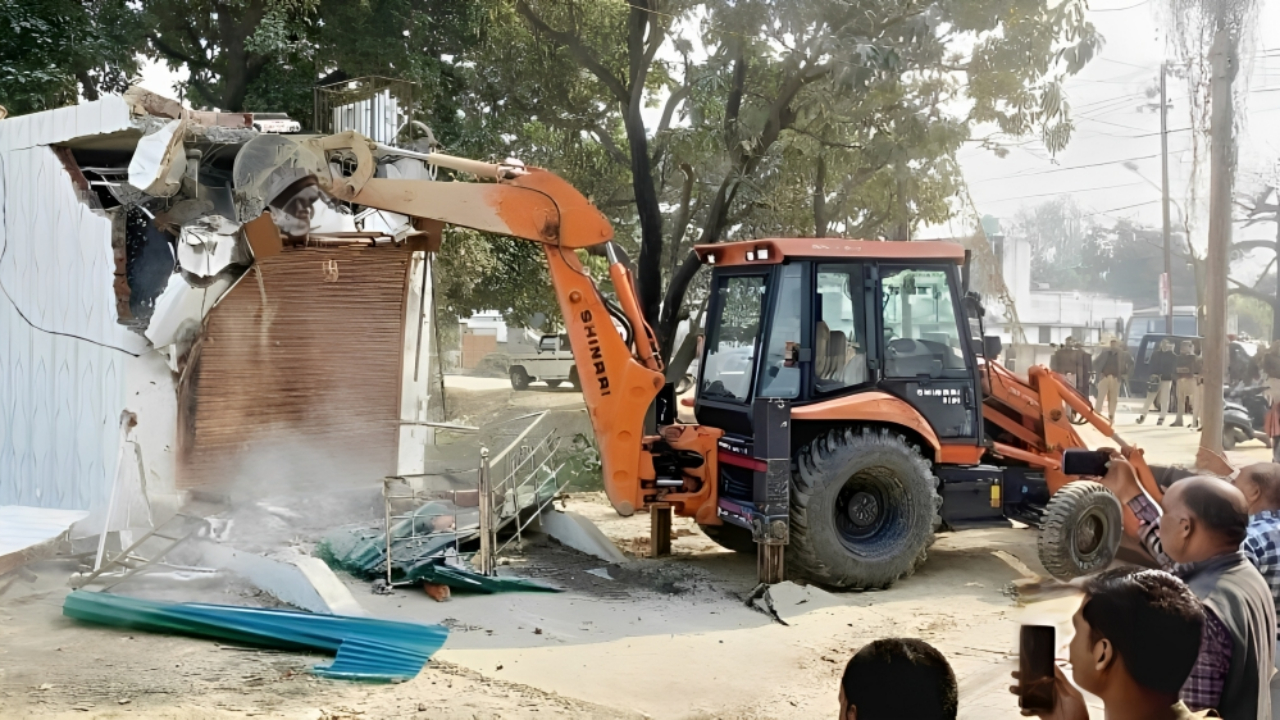 The Allahabad High Court on Tuesday took exception to the alleged act of authorities to demolish the house of a lawyer without issuing a notice to him. The Court also questioned the unnecessary and undue haste of the authorities in canceling the exchange order pertaining to the property (over which the house was built) passed in favor of the lawyer.

Directing the parties to maintain the status quo in the matter, the bench of Justice Devendra Kumar Upadhyaya and Justice Saurabh Srivastava ordered the Chief Standing Counsel to seek instructions in the matter and place all facts before the Court.

"Unnecessary and undue haste in getting the order dated 16.11.2022 recorded in the revenue records and the alleged action of demolition, that is too, without notice to the house owner speaks volumes about the action on the part of the Administration," the bench remarked.

The stress was laid on the act of the local authorities to demolish the house owned by Uma Shankar Mishra (General Secretary of the District Bar Association, Amethi) by using heavy machinery.

The property in question (over which a house was built) was given to Mishra in exchange for his land by means of an order passed on May 16, 2015. The exchange took place statutorily under section 161 of the U.P. Zamindari Abolition and Land Reforms Act, 1950 [UPZA & LR Act], that too, under the order passed by the court.

However, thereafter, one Umesh Pratap Singh wrote to the Sub Divisional Officer, Gauriganj, stating that the exchange of land was wrongly made. Acting on this letter, the officer concerned asked the Tehsildar, Gauriganj to examine and submit his report.

Thereafter, by means of an order passed on November 16, 2022, the SDM canceled the exchange order, and allegedly, immediately an entry was made in the khatauni, and thereafter, the house was demolished.

Taking note of the facts of the case, the Court expressed a prima facie view that in case any irregularity or illegality was noticed by the Sub Divisional Officer in the exchange order of May 2015, Mishra ought to have been put to notice and any order could have been passed only after providing him the opportunity of hearing.

The Court further opined that under the provisions of the UPZA & LR Act there is no provision that empowers the Sub Divisional Officer to register suo motu review petition in respect of a final order passed by him.

"From a perusal of the order dated 16.11.2022 it does not follow that Shri Uma Shankar Mishra was given any opportunity of hearing or was issued any notice prior to the passing of the said order dated 16.11.2022. Prima facie, it appears that such a course adopted by the Sub Divisional Officer is alien to law as also alien to the provisions contained either in U.P.Z.A & L.R. Act...Unnecessary and undue haste in getting the order dated 16.11.2022 recorded in the revenue records and the alleged action of demolition, that is too, without notice to the house owner speaks volumes about the action on the part of the Administration," the bench remarked as it ordered the parties to maintain status quo in the mater. (emphasis supplied)

Case Title - Dist. Bar Association Amethi, Thru. Its General Secretary v. State Of U.P. Thru. Addl. Chief Secy. Deptt. Of Revenue Lko. And 6 Others [PUBLIC INTEREST LITIGATION (PIL) No. - 828 of 2022]