Only The Spouse Or Children Of A Person In Coma Can Be Appointed As His Legal Guardians: Delhi HC [Read Judgment] 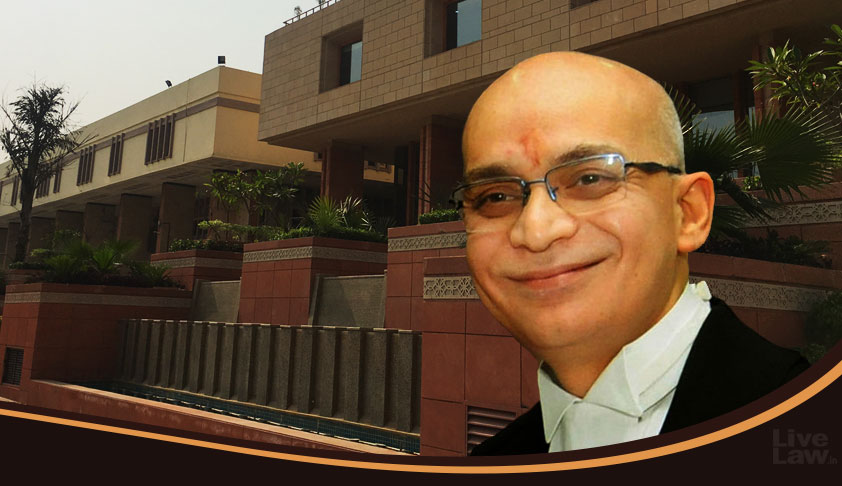 Delhi High Court has held that if a person is in coma, only the spouse or the children of that person can be appointed as a legal guardian, who would also have to disclose the details of the assets held by such patient. The Single Bench of Justice Rajiv Shakdher also noted that if a person in coma is abandoned by the family, then his next friend can be appointed as a legal guardian...

Delhi High Court has held that if a person is in coma, only the spouse or the children of that person can be appointed as a legal guardian, who would also have to disclose the details of the assets held by such patient.

The Single Bench of Justice Rajiv Shakdher also noted that if a person in coma is abandoned by the family, then his next friend can be appointed as a legal guardian with the prior permission of the court.

In the present case, the Petitioners were aggrieved by the fact that the SBI has not given them recourse to the Public Provident Fund account which was opened and maintained by their father during his lifetime, upon their mother Mrs. Saroj Sharma slipping into a comatose state.

SBI had disputed the relief claimed by the Petitioners by citing its circular dated 05.12.2018 and the circular dated 19.11.2007, issued by the Reserve Bank of India. These circulars state mention that the petitioners are necessarily required to obtain a "guardianship certificate" from the competent court.

It had also placed reliance on the following statutes to resist the demands made in the writ petition:

Therefore, the question before the court was whether the petitioners are required to obtain a guardianship certificate under the aforementioned statutes and/or circulars, as contended by the SBI before they can be permitted to operate the PPF Account maintained by their father with SBI?

The court started its observations by analysing the provisions of the various statutes cited by SBI. With regards to the Guardianship Act, it was observed that the same would not apply to the present case as the Act does not cover persons who have attained majority.

Therefore, it was held, that the SBI's argument about the need for the Petitioners to obtain a guardianship certificate in order to seek relief, cannot be sustained.

The court also appointed the Petitioners as the legal guardians of the person in the comatose state on a condition that the money which is there in that person's account will be used for her benefits. Petitioners are also directed to file a report in that behalf with the Registrar General of this court every six months.

The court also observed that the Division Bench of Kerala High Court had framed certain guidelines in case with similar facts. Therefore, the same guidelines can be used as a framework for formulating guidelines that need to be applied in the National Capital Territory of Delhi till such time the legislative chasm is filled-up and a specific provision is made as to how guardians are to be appointed qua persons in comatose state.

The following Guidelines were issued by the Kerala High Court in the Case;

The condition of the person lying in comatose state shall be got ascertained by causing him to be examined by a duly constituted Medical Board, of whom one shall definitely be a qualified Neurologist

A simultaneous visit of the person lying in comatose state, at his residence, shall be caused to be made through the Revenue authorities, not below the rank of a Tahsildar and a report shall be procured as to all the relevant facts and figures, including the particulars of the close relatives, their financial conditions and such other aspects.

The person seeking appointment as Guardian of a person lying in comatose state shall be a close relative (spouse or children) and all the persons to be classified as legal heirs in the due course shall be in the party array. In the absence of the suitable close relative, a public official such as 'Social Welfare officer' can be sought to be appointed as a Guardian to the person lying in 'comatose state'.

The person applying for appointment as Guardian shall be one who is legally competent to be appointed as a Guardian.

The person appointed as Guardian shall file periodical reports in every six months before the Registrar General of this Court, which shall contain the particulars of all transactions taken by the Guardian in respect of the person and property of the patient in comatose state; besides showing the utilization of the funds received and spent by him/her.

The Registrar General shall cause to maintain a separate Register with regard to appointment of Guardian to persons lying in 'comatose state' and adequate provision to keep the Reports filed by the Guardian appointed by this Court.

It is open for this Court to appoint a person as Guardian to the person lying in comatose state, either temporarily or for a specified period or permanently, as found to be appropriate.

If there is any misuse of power or misappropriation of funds or non-extension of requisite care and protection or support with regard to the treatment and other requirements of the person lying in comatose state, it is open to bring up the matter for further consideration of this Court to re-open and revoke the power, to take appropriate action against the person concerned, who was appointed as the Guardian and also to appoint another person/public authority/Social Welfare Officer (whose official status is equal to the post of District Probation Officer) as the Guardian.

It shall be for the Guardian appointed by the Court to meet the obligations/duties similar to those as described under Section 15 of the National Trust Act and to maintain and submit the accounts similar to those contained in Section 16.

The Guardian so appointed shall bring the appointment to the notice of the Social Welfare Officer having jurisdiction in the place of residence, along with a copy of the verdict appointing him as Guardian, enabling the Social Welfare Officer of the area to visit the person lying in 'comatose state' at random and to submit a report, if so necessitated, calling for further action/ interference of this Court.

The transactions in respect of the property of the person lying in 'comatose state', by the Guardian, shall be strictly in accordance with the relevant provisions of law. If the Guardian appointed is found to be abusing the power or neglects or acts contrary to the best interest of the person lying in 'comatose state', any relative or next friend may apply to this Court for removal of such Guardian.

The Guardian appointed shall seek and obtain specific permission from this Court, if he/she intends to transfer the person lying in comatose state from the jurisdiction of this Court to another State or Country, whether it be for availing better treatment or otherwise.