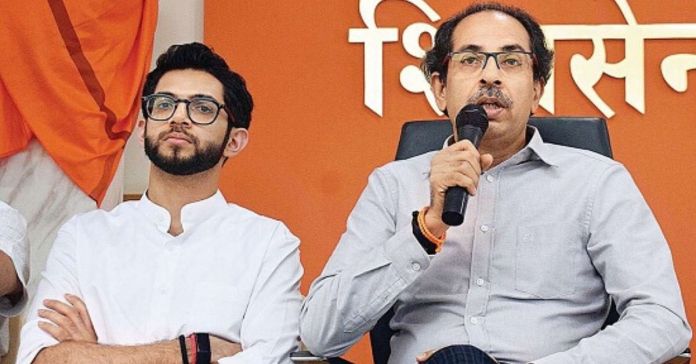 The Bombay High Court on Friday granted liberty to a woman booked under various provisions of the Indian Penal Code for three separate tweets against Maharashtra Chief Minister Uddhav Thackeray and State Minister Of Tourism & Environment Aaditya Thackeray, to move Court in case of any exigency. Court was assured by the State that no arrest will be made for at least two weeks without...

The Bombay High Court on Friday granted liberty to a woman booked under various provisions of the Indian Penal Code for three separate tweets against Maharashtra Chief Minister Uddhav Thackeray and State Minister Of Tourism & Environment Aaditya Thackeray, to move Court in case of any exigency.

Court was assured by the State that no arrest will be made for at least two weeks without giving sufficient notice, at least 48 hours, to the Petitioner.

Division bench of Justice SS Shinde and Justice MS Karnik was hearing the criminal writ petition under Section 482 of CrPC filed by Sunaina Holey, who was booked under Sections 153A, 505(2) and 500 of IPC in three different FIRs relating to three tweets posted by her. She was arrested this August and then released on bail in the case registered against her by the police at Bandra Kurla Complex cyber crime department.

On the remaining two FIRs, petitioner was served notices under section 41A(1) of the CrPC, asking her to visit the concerned police stations for probe. One of the police stations is in Palghar district.

Petitioner's first tweet was the video of a man who blamed PM Modi for Coronavirus. She wrote- How can someone blame the PM for Covid when it is an act of God? In the second tweet, she posted a caricature of the CM of Maharashtra and his son Aaditya Thackeray and in the third tweet, she argued against a person who said she cannot criticize Maharashtra's leaders as she is not a Maharashtrian. In the tweet, she said that she was born in Maharashtra. The tweet allegedly contained abusive language

Appearing on behalf of the petitioner, Dr.Abhinav Chandrachud had argued in the last hearing that none of the ingredients of the offences against the petitioner are made out. Court had kept the matter for hearing today on the point of whether interim relief can be granted in quashing the petition.

Pressing for interim relief, Dr.Chandrachud submitted that his client is now being targeted for any and all of her tweets. Her rights under Article 19 of the Constitution were being breached, he argued.

At this juncture, the bench remarked that right to free speech and expression under Article 19 was not absolute.

"Perhaps citizens are under the impression that freedom of speech and expression is an absolute right, without any restrictions," the bench said.

Chandrachud, however, said his client was not under such an impression.

APP JP Yagnik pointed out that despite notice was issued to the petitioner under Section 41A of CrPC, she has not appeared before the Investigating Officer to co-operate with the investigation.

Dr.Chandrachud submitted that his client was apprehensive that if she visited the police station, she would be arrested. Therefore, interim relief has been sought. However, Court noted that interim protection from arrest could be granted only for arrest in rare cases.

The bench also noted that police had issued a notice u/s 41A of the CrPC which is a notice to be issued when a person is not required to be arrested. Dr.Chandrachud suggested that the police can give her 48 hours' notice if they intend to arrest the petitioner under s. 41A(3).

APP Yagnik said that the police was not focused on arresting Holey, but wanted to make progress in its probe.

Dr.Chandrachud on instructions stated that the petitioner is ready and willing to co-operate with the investigating officer. In compliance of the notice issued under Section 41A, the petitioner will appear before Azad Maidan Police Station at 11 am on September 14 and before Tulinj Police Station on September 16 at 11 am and cooperate with the investigation, Dr.Chandrachud assured the Court.

Court accepted Dr.Chandrachud's submission and prevailed upon the State to make a statement. APP Yagnik then sought two weeks time to file an affidavit and assured the Court that the petitioner will not be arrested until then.

"In case of any urgency or exigency the Petitioner is at liberty to move this Court. List the petitions on 29.09.2020."