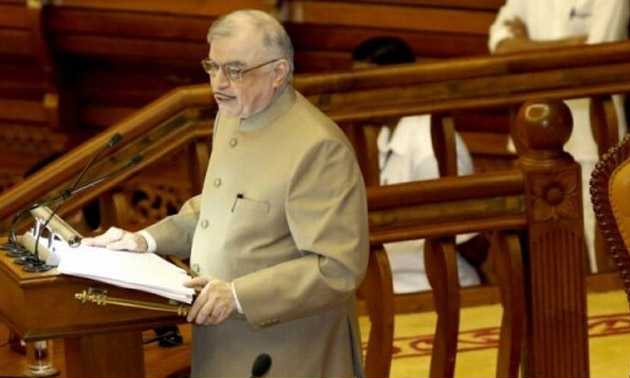 While addressing the state on the Republic Day Eve, the Governor of Kerala, Justice P Sathasivam said that the government is duty-bound to implement the judgment delivered by the Constitution bench of the Supreme Court in Sabarimala case.

While addressing the issue of 'gender justice', the Governor, former Chief Justice of India, said: "The Supreme Court ordered that preventing the entry of women in a particular age group to Sabarimala temple is unconstitutional. My Government is duty bound to implement the judgment and uphold our Constitution. "

He further endorsed 'Vanitha Mathil' organised by the state government. He added: "The various events that followed underline the urgent need to carry forward the progressive values of the renaissance movement. To this purpose, my Government extended support to the suggestions of social organisations to mobilise a 'Vanitha Mathil' across the length of Kerala as a symbol of the united will of Kerala women in their struggle for gender justice. The fact that more than 50 lakh women gathered on the historic evening gives us faith and confidence in protecting and promoting the secular and progressive values that Kerala is known for. My Government proposes to set up a "Navodhana Museum" commemorating the historic contributions of social reformists of Kerala."

On 28th September 2018, the Supreme Court (in a 4:1 verdict) permitted entry of women of all age groups to the Sabarimala temple, holding that 'devotion cannot be subjected to gender discrimination'. Thereafter, some Hindu groups had launched large scale protests against implementation of this judgment.

It was reported that the Police had arrested more than 3500 people in connection with the protests against 'women' entry in Sabarimala. The state had then imposed prohibitory orders in Sabarimala. Later, the Kerala High Court lifted restrictions imposed by police and declared that the place should not be used for protests. It also appointed a team of observers.

Forty-nine review petitions were filed by various individuals and organisations against the verdict. The bench of Chief Justice Ranjan Gogoi, Justice RF Nariman, Justice AM Khanwilkar, Justice DY Chandrachud and Justice Indu Malhotra decided to hear these review petitions in open court on January 22. But as Justice Indu Malhotra is on medical leave, the matter will be listed only after she joins back.

In the meanwhile, two woman aged below 50, Bindu and Kanaka Durga, had entered the Sabarimala Temple on January 2nd 2019. They approached the Apex Court seeking police protection and the court directed to the state to ensure they are provided "adequate security, round-the-clock".