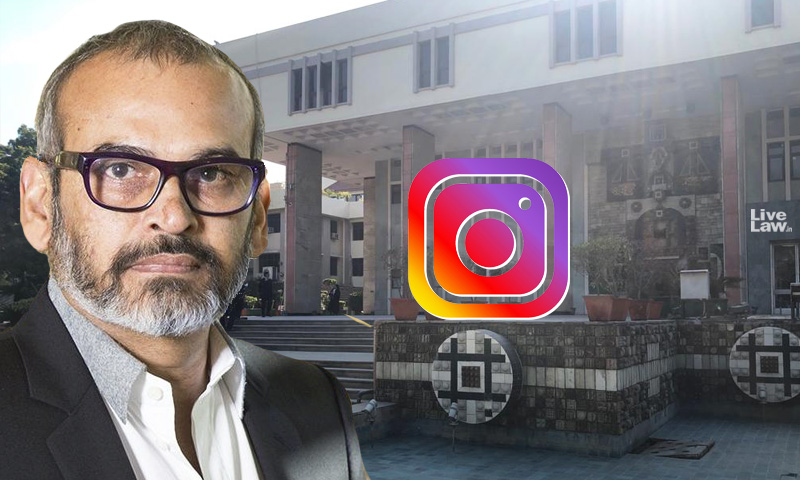 The Delhi High Court on Wednesday asked the anonymous holder of the Instagram account 'Herdsceneand' to decide as to whether she would want to be imlpeaded in representative capacity of all women who had raised sexual harassment allegations through the account against artist Subodh Gupta.The Court was considering the defamation suit filed by Gupta against the Instagram account. ...

The Delhi High Court on Wednesday asked the anonymous holder of the Instagram account 'Herdsceneand' to decide as to whether she would want to be imlpeaded in representative capacity of all women who had raised sexual harassment allegations through the account against artist Subodh Gupta.

Justice Rajiv Sahai Endlaw asked the counsel of the said account holder to take instructions from his client on two situations:

The court also said that the issue of maintaining anonymity, or holding an in-camera trial to further the same, will be decided at a later stage post the impleadment of parties. The Court had earlier permitted the account-holder to maintain anonymity in the interim.

In today's proceedings, the court was hearing the applications filed by Culture Workers Support Trust, and Indian Journalists Union, who were seeking impleadment as parties to the present suit.

While the Culture Workers Support Trustpreferred an impleadment application under Order 1 Rule 8 of the Civil Procedure Code, the Indian Journalists Union wanted to be impleaded under Rule 10 of the same Order.

Appearing for CWST, Senior Counsel Jayna Kothari submitted that the impleadment of the said Trust should be allowed as the present case involves questions of law that govern the public interest.

She argued that the art industry lacks a proper redressal mechanism for complaints regarding sexual harassment.

She had also raised a question of law as to whether there's a need to maintain the anonymity of victims in the cases involving sexual harassment, considering the backlash they might face if their identities are revealed.

While questioning the Trust's locus to seek impleadment, the court said:

'It's an inter-party suit. How does it affect the public interest? If you think you're raising a pertinent point, you should file a Public Interest Litigation. Your objective might be right but your effort is misguided.'

The court further remarked that the defendant is already being represented by a Senior Counsel. So, if the Trust has anything to add, it can assist the counsel appearing for the defendant.

While seeking their impleadment, Indian Journalists Union argued that the court in its previous order had asked Google to de-index certain newspaper articles, without even making those newspapers a party to the case.

It was argued that such de-indexing from the search engine, adversely affects the journalist's right to freedom of speech and freedom to carry out trade.

Further, it was also submitted that journalists enjoy a qualified privilege of reportage defence. These newspaper articles, it was argued, did not reproduce the content hosted by the Instagram account; they simply reported that certain allegations have been made against an artist called Subodh Gupta.

The IJU went on to highlight that there are certain articles that talk about the #MeToo Movement in general, or allegations against other individuals, but they were still directed to be taken down just because they contained a line saying - 'certain allegations have also been made against Subodh Gupta'.

The court doubted the intentions of the Union behind seeking impleadment by saying that:

It went on to say:

'You're supposed to report news, not make news. You can also choose to write academic pieces, why do you specifically want to report the matter which has been injuncted by the court? You just want to create a scandal, grab eyeballs.'

While the court is yet to decide on the impleadment applications moved by the two forums, it has asked the Instagram account holder to decide her further course of action regarding her impleadment in the case as a party on behalf of the women-complainants.

The next date of hearing is February 4.