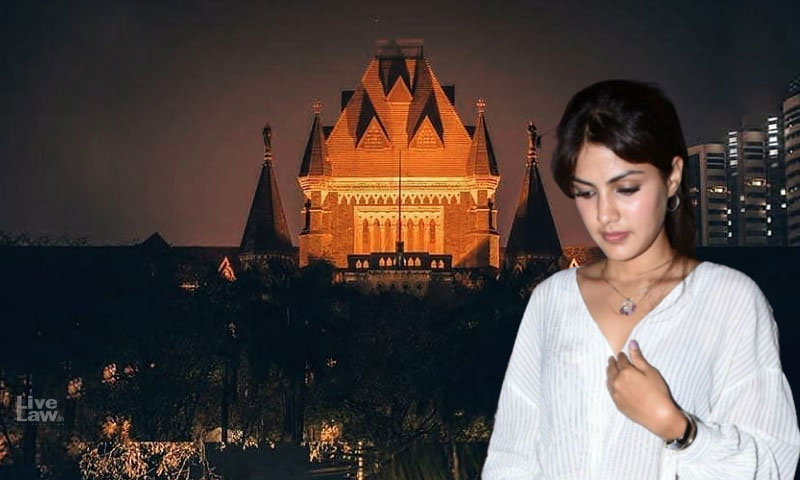 Actor Rhea Chakraborty has filed her reply before the Bombay High Court in the plea filed by Sushant Singh Rajput's sisters seeking quashing of FIR registered against them, and alleged that since the late actor died five days after obtaining oral prescription from sister Priyanka and her friend Dr.Tarun Kumar, it is imperative that the actions of petitioners are investigated as well.The...

Actor Rhea Chakraborty has filed her reply before the Bombay High Court in the plea filed by Sushant Singh Rajput's sisters seeking quashing of FIR registered against them, and alleged that since the late actor died five days after obtaining oral prescription from sister Priyanka and her friend Dr.Tarun Kumar, it is imperative that the actions of petitioners are investigated as well.

The writ petition filed by Priyanka Singh and Meetu Singh came up before the division bench of Justice SS Shinde and MS Karnik on Tuesday. Petitioners have sought quashing of FIR filed against them by Mumbai police on Rhea's complaint. They have also contended that the FIR against them was clearly a counter-blast to the FIR filed against Rhea Chakraborty by their father in Patna.

CBI's Counsel Additional Solicitor General to file a rejoinder to Maneshinde's reply. The matter will now be heard on November 4.

On a complaint filed by Rhea Chakraborty, petitioner sisters were booked under Sections 420 (cheating and dishonestly inducing delivery of property), 464 (making a false document, 465 (punishment for forgery), 466 (forgery of record of court or of public register, etc), 468 (forgery for purpose of cheating), 474 (having possesion of document), 306 (abetment of suicide) and 120B (criminal conspiracy) of the Indian Penal Code.

Rhea Chakraborty has referred to WhatsApp messages between Sushant and his sister that are already in public domain dated June 8, wherein, Priyanka Singh advised Sushant to take certain medications. She has alleged that the prescription by Dr.Tarun Kumar which was shared by Priyanka Singh with her brother is forged and fabricated.

The actions of the petitioner no.1 and Dr.Kumar in prescribing psychotropic substances without any consultation of examination is in violation of various provisions of the Narcotics Drugs and Psychotropic Substances Act, 1985 and Telemedicine Practice Guidelines, 2020. In addition, the prescription prepared by them in connivance with each other is a fabricated and false document given that the same reflects Sushant as an OPD patient when on the date and time at which the said prescription was sent, Sushant was very much in Mumbai and not Delhi.

Sushant died merely five days after he obtained the oral prescription wherein he was unlawfully prescribed psychotropic substances at the behest of his sister Priyanka and said Dr.Kumar. Given the death of Sushant and the investigation surrounding the circumstances of his death, it is imperative that the actions of petitioners, Dr.Tarun Kumar and other known and unknown persons who conspired to prescribe Sushant such controlled substances ought to be investigated as well."

On the other hand, petitioners have contended there is not even an iota of allegation to suggest that the alleged prescription was forged, neither has the State of Maharashtra done any preliminary enquiry to ascertain the said fact which is evident from the fact that the complaint was received at police station on September 7, 2020 at 7:30 pm and FIR was registered on the same day without any preliminary enquiry and without application of mind.

Rhea Chakraborty was granted bail by the Bombay High Court on October 7 after she had spent over a month under custody in a case registered by the Narcotics Control Burue on the allegation that she had facilitated the procurement of drugs for Sushant Singh Rajput. The Court observed that there was no prima facie material to show that she had committed offences under the NDPS Act.

She is also accused of abetting the suicide of Sushant Singh Rajput, who was found dead in his Mumbai residence on June 14.