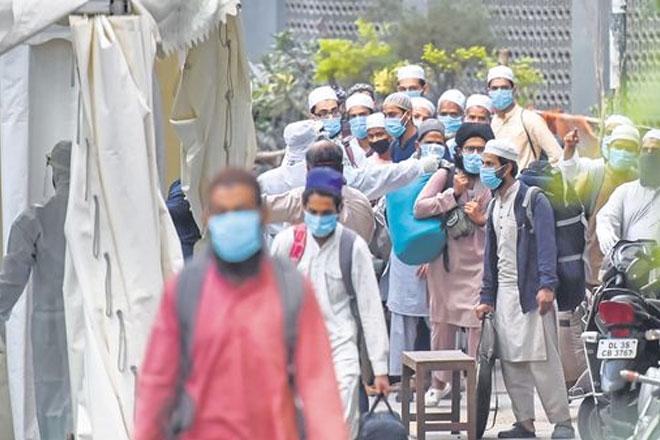 The Delhi High Court has come up with certain suggestions on managing the cases filed against foreign nationals for their alleged participation in the Tablighi Jamaat event that took place in Delhi in violation of visa rules. The Single Bench of Justice Anup Jairam Bhambhani has given these suggestions to expedite the disposal of cases against hundreds of foreign nationals related to...

The Delhi High Court has come up with certain suggestions on managing the cases filed against foreign nationals for their alleged participation in the Tablighi Jamaat event that took place in Delhi in violation of visa rules.

The Single Bench of Justice Anup Jairam Bhambhani has given these suggestions to expedite the disposal of cases against hundreds of foreign nationals related to Tablighi Jamaat event, who are unable to go back to their respective counties due to pending cases against them.

The order has come in a bunch of writ petitions seeking the earmarking of a designated court to try and adjudicate the cases filed against foreign nationals related to the Tablighi Jamaat event.

The Petitioners also asked for expeditious disposal of the cases registered against them considering the peculiar nature of the matter, the involvement of hundreds of foreign nationals, and also considering the extra-ordinary times of the prevalent pandemic.

The Investigation Officer had informed the court that there are a total of 956 foreign nationals from 36 countries, in respect of whom 48 charge-sheets and 11 supplementary charge-sheets have been filed.

Mr Rahul Mehra, who appeared for the Delhi Police, submitted that since in all there are 956 foreign nationals who are accused in the matter ; and multiple charge sheets have been filed, the future course of the criminal trial would depend upon various factors including whether the accused persons or some of them, plead guilty or enter plea-bargains or claim trial and that accordingly, the competent court would take a view in this matter.

Mr Mehra further submitted that court of the CMM, South-East, Saket Courts, New Delhi is the court dealing with all the cases and the Delhi Police is willing, if the need so arises, to request the District & Sessions Judge (South), Saket Courts, New Delhi to mark the matters in batches to different Metropolitan Magistrates (MMs) for expeditious disposal of the same, at the appropriate stage.

In light of these arguments, the court observed that:

'It has been stressed before this court that while many of the accused persons would be willing to plead guilty or enter a plea-bargain in order to seek early closure of the cases, so that they may return to their respective countries, if left unguided, the process may take a very long time.'

Based on the submissions made by all the parties, the court laid down the following suggestions to expedite the adjudication of cases pending against the aforesaid foreign nationals:

a. CMM may firstly, post all 48 charge-sheets and 11 supplementary chargesheets, stated to have been filed, on the same date, for a case management hearing. At this hearing, the CMM may divide the cases into batches and sub-batches according to the nationality of the accused persons and/or offences alleged or on some other rational and useful basis

b. Secondly, after cognizance is taken, at the appropriate stage, the CMM may segregate matters after eliciting responses from the accused persons as to whether they propose (i) to plead guilty; (ii) to enter plea-bargain ; or (iii) to claim trial

c. Thirdly, cases where accused are pleading guilty or entering plea-bargains, may be disposed of first.

d. Fourthly, for each of these stages, the CMM may designate a specific date and time when exclusively these matters would be taken-up, which could even be a non-working day, so that adequate time and resources could be devoted to facilitate expeditious disposal

While highlighting that the said suggestions are only to assist case management and the CMMs can devise their own methods, the court noted the fact that the counsels for the Petitioners, Delhi Police and the Delhi Government shall render all assistance and cooperation to the CMM for the above purpose.

The court has also kept the present matter pending in case any further directions or guidance is required to bring these matters to a conclusion at the earliest possible.

The court will next take up the matter on July 22.