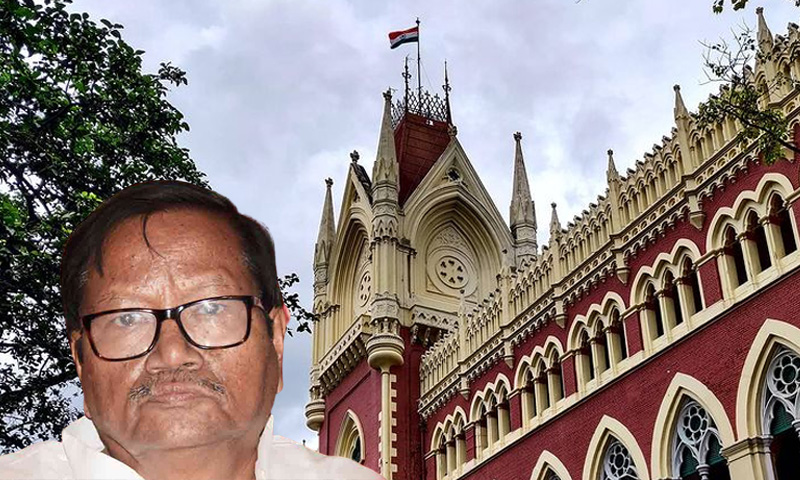 The Calcutta High Court on Thursday directed Minister of State for School Education Paresh Chandra Adhikari to appear before the Central Bureau of Investigation (CBI) by 3pm today over the alleged appointment of his daughter as a teacher in a government-aided school.

The direction was issued on a petition by a candidate who had alleged that she was deprived of the job despite having secured higher marks than the minister's daughter in the recruitment examination.

Justice Abhijit Gangopadhyay issued the direction despite vehement opposition from the Minister's counsel on the ground that the Minister is currently at Cooch Bihar and thus would take time to appear before the CBI office in Kolkata by 3pm today.

"The minister is very powerful why he cannot come?", Justice Gangopadhyay orally remarked during the proceedings.

It may be noted that on Tuesday Justice Gangopadhyay had ordered a CBI probe into the alleged irregularities in the recruitment of political science teachers for Class X1 and XII in the state-run schools of West Bengal and had also directed Adhikari to appear before the CBI by 8pm on Tuesday evening. The Judge had further opined that it is imperative that steps are taken to 'cleanse the whole situation of polity' and had accordingly recommended that Chief Minister Mamata Banerjee and the Governor Jagdeep Dhankar should consider removing the minister from his post.

However, such a direction had not been complied with by the Minister. Accordingly, on Thursday, Justice Gangopadhyay observed that it was granting one last opportunity to the Minister to appear before the CBI by 3pm today.

"At 3pm he has to present himself before the CBI, if he fails, I will pass other order", Justice Gangopadhyay orally remarked further while addressing the Minister's counsel.

The matter is slated for further hearing at 3pm today.

In the same matter, Justice Gangopadhyay in a special hearing on Wednesday night directed the CBI to take assistance of central forces to secure the West Bengal School Service Commission (SCC) building in Kolkata over claims of evidence tampering pertaining to the case of alleged illegal recruitments in West Bengal government schools. He had further ordered for the preservation of CCTV footage by observing, "The Secretary of the School Service Commission is directed to produce the CCTV footage before me at 12.30 a.m. tomorrow. The Secretary is to preserve all the digital information and the database if not already destroyed." He had further directed that no one should enter the building till 1 pm on Thursday without the leave of the Court and ensure that the CCTV footage of the office is available by Thursday noon.

On Thursday, a Division Bench of Justice Harish Tandon and Justice Rabindranath Samanta recused from hearing the appeals preferred from Justice Gangopadhyay's order on personal ground.