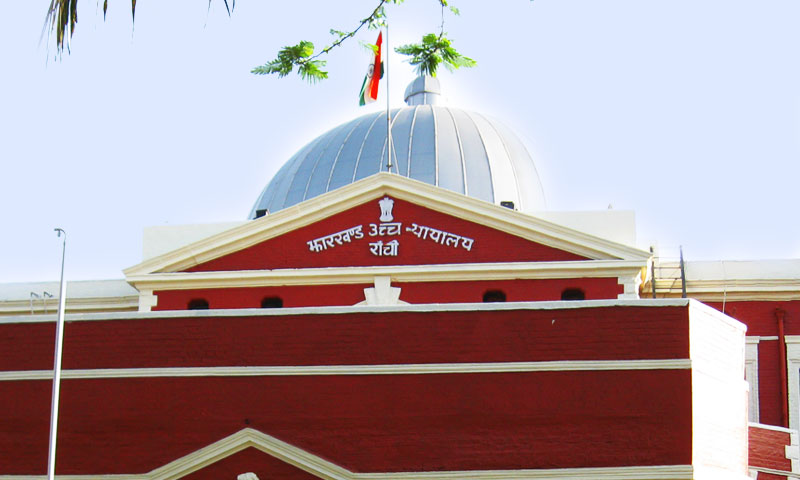 x
The Jharkhand High Court has recently observed that the entry in revenue records is not conclusive evidence of possession. Referring to Uttam Chand v. Nathu Ram, Gautam Kumar Chaudhary noted that,
"As stated earlier any entry obtained on the basis of the agreement to sell that has never been produced before the court for judicial scrutiny cannot be considered as evidence of possession. Hon'ble Supreme Court in Uttam Chand v. Nathu Ram, (2020) 11 SCC 263 held that the payment of tax and mere possession for some years was found insufficient to claim adverse possession."

The appellants, M/s Christian Mica Industries Ltd. and State Bank of India, have preferred a second appeal against the judgment of reveal passed in title appeal, dismissing the suit and decreeing the plaintiffs' suit.

In the plaintiff's case, the suit property within a village belonged to M/S Christian Mica Industries Limited. After that, the company transferred the possession and all other rights, total, and interest to Premlata Devi. During the revisional survey, the said land under the agreement was wrongly recorded in the company's name. Having known of the mistake, the plaintiff filed a complaint under Section 90 of the Chottanagpur Tenancy Act. After a thorough inquiry, the Revenue Authority corrected the mistake. This order was never challenged and attained finality.

Further, under the Land Ceiling Act, the Government acquired excess land of the company, including the suit property and other property under the agreement. The plaintiff objected with a prayer for the release of her land. The Additional Collector, Land Ceiling, Hazaribag released the same in favor of the plaintiff, and the contesting defendant never put claim upon the land. The plaintiff then sold a portion of the acquired land to a different person through a registered sale deed, and now they are in possession of their respective purchased land. One Rameshwar Dayal Gupta claimed himself a tenant of a quarter, being a portion of acquired property, filed a case before the S.D.M., Koderma alleging cheating and forgery against the plaintiffs but failed to substantiate the charges and the said case was dismissed.

The suit property is part and parcel of the acquired property, which M/s let out. Christian Mica Industries Ltd to State Bank of India, Jhumritelaiya Branch, and since 1961, the plaintiff became the owner of the suit property on the transfer of the property by M/s. Christian Mica Industries Ltd., and she is paying rent to the State after mutation. Premlata Devi perfected her title by prescription and adverse possession, hostile to the title of M/s. Christian Mica Industries Ltd. It is further submitted that in the year 1987-88, the Branch Manager, State Bank of India, Jhumri Telaiya entered into an oral agreement with the plaintiff wherein it was decided that the Bank shall pay Municipal Tax in the name of Premlata Devi and the amount shall be adjusted in monthly rent amounting to Rs.800/- with a promise to enhance monthly rent as per prevailing rate after consultation with senior officials. The Bank began to pay Municipal tax but did not finalize monthly rent and delayed the matter on some pretext or other. The plaintiff filed a case before the House Rent controller, which is still pending with direction to pay rent at the old rate but has defaulted by not paying rent for two consecutive months.

Also, the House Rent Controller has determined the monthly rent at the rate of Rs.13,850/- per month, which the Bank is liable to pay. The respondent/plaintiff has submitted that the plaintiffs required the suit house for her bonafide use and occupation. She resides in a very small ancestral house with no other suitable accommodation. Besides, the plaintiff's son Alok Modi is required to be settled in business as he is unemployed. Hence, the Bank was requested to vacate the house and pay the due rent, but nothing was done. Thus the plaintiffs served a notice under Section 80 of the Code of Civil Procedure to vacate the house and clear the entire dues within two months, to which the Bank made an evasive reply disputing the plaintiff's title, hence the suit.

The two issues before the Court were as follows:

i. Whether the Court of appeal below has committed a serious error of law in reversing the judgment and decree passed by the trial Court?
ii. Whether based on the declaration of title of plaintiff-respondent, a decree for eviction should have been passed against the appellant?

The Court noted that a suit for declaration of title could be based on either the possessory title or proprietary title. It held that when a claim of title is made based on adverse possession or ouster, there needs to be specific averment in the pleading on the owner before the commencement of adverse possession; and continuous conduct after that. It noted,

"The proprietary title can devolve by a method known to law such as inheritance, testamentary succession, registered sale, or gift deed, which must be specifically pleaded and proved. The source of title and the chain of title needs to be pleaded in the plaint along with the documents enclosed with the plaint in terms of Order 7 R 14 of the Code of Civil Procedure."

"Thus, the very document on which the edifice of title has been raised remained elusive and unsubstantiated during the trial," it added.

"Possession cannot be considered in a vacuum. There is a presumption that possession of a person other than the owner, if at all it is to be called possession, is permissive on behalf of the titleholder. Further, possession of the past is one thing, and the right to remain or continue in future is another thing. It is the latter which is usually more in controversy than the former, and it is the latter which has seen much abuse and misuse before the courts. In an action for recovery of possession of immovable property, or for protecting possession thereof, upon the legal title to the property being established, the possession or occupation of the property by a person other than the holder of the legal title will be presumed to have been under and in subordination to the legal title, and it will be for the person resisting a claim for recovery of possession or claiming a right to continue in possession, to establish that he has such a right."

In short, the Court noted that wherever pleadings and documents establish title to a particular property and possession is in question, it will be for the person in possession to give sufficiently detailed pleadings, particulars and documents to support his claim to continue in possession. It would be imperative that one who claims possession give all such details as enumerated hereunder, which are only illustrative and not exhaustive: (a) who is or are the owner or owners of the property; (b) title of the property; (c) who is in possession of the title documents; (d) identity of the claimant or claimants to possession; (e) the date of entry into possession; (f) how he came into possession—whether he purchased the property or inherited or got the same in gift or by any other method; (g) in case he purchased the property, what is the consideration; if he has taken it on rent, how much is the rent, license fee or lease amount; (h) If taken on rent, license fee or lease—then insist on rent deed, license deed or lease deed; (i) who are the persons in possession/occupation or otherwise living with him, in what capacity; as family members, friends or servants, etc.; (j) subsequent conduct i.e., any event which might have extinguished his entitlement to the possession or caused shift therein; and (k) basis of his claim that not to deliver possession but continue in possession.

It referred to the case of Raheja Universal Ltd. v. NRC Ltd., (2012) 4 SCC 148, where it was held that an agreement of sale or possession obtained by the transferee does not convey any title or create any charge neither Section 54 nor Section 53 A of the Transfer of Property Act.

Therefore, it was held that an agreement for sale or an agreement to sell itself does not create any interest or charge in such property. The provisions of Section 53-A of TPA 1882 recognize a transferee's right, where a transferor has given, and the transferee has taken possession of the property or any part thereof. Even this provision does not create the transferee's title in the property in question. Still, it gives him a very limited right, too, subject to the satisfaction of the conditions as stated in Section 53-A of TPA 1882 itself.

It concluded that the court of the first appeal committed an error in fact and law as it failed to formulate points for a determination as per Order 41 Rule 31 and declared the title and ordered the eviction of the Bank from the suit premises only based on entries made in revenue records and the order passed by revenue court which is neither evidence of title. Allowing the appeal and setting aside the decision of the first appellate court, the High Court remarked,

"An agreement to sell, in any case, cannot convey title, unless and until a deed of sale was executed on its basis."