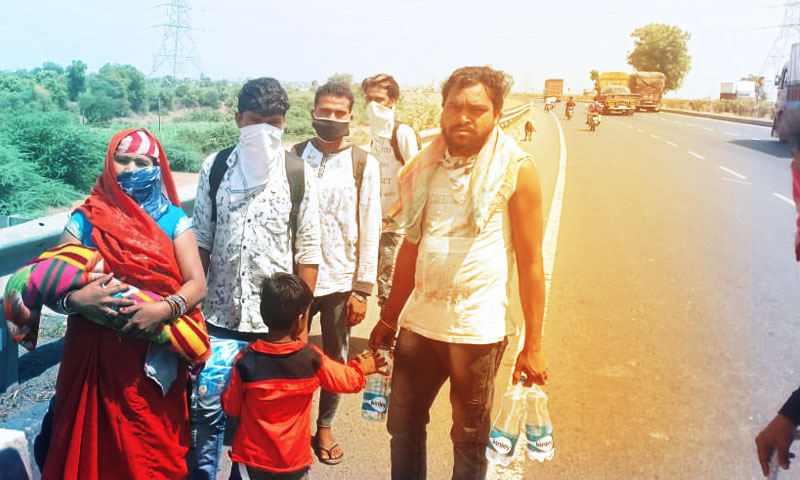 Delhi High Court has noted that there's a dire need for creating a mechanism for registration of migrant workers in Delhi.

The Single Bench of Justice Prathiba M Singh further directed the Central Government to submit a detailed affidavit highlighting the kind of portal it is proposing to create for the registration of migrant workers in Delhi.

The order has come in a writ petition filed by Mr Shashank S Mangal, seeking registration of migrant workers in Delhi.

In the last hearing, the court had directed both the Centre as well as the Delhi Government to submit detailed status reports indicating the data related to migrant workers and three procedures laid down for their registration.

In today's hearing, the Delhi Government informed the court that not a single worker is registered under the Inter-State Migrant Workmen (Regulation of Employment and Conditions of Service) Act, 1979.

However, the government further informed, that under the Building and Other Construction Workers (Regulation of Employment and Conditions of Service) Act, 1996, there are various schemes which are available for construction workers.

Moreover, the registration of these workers takes place through the e-district portal. It was also submitted by the Delhi Government that during the lockdown period, 39,600 registered construction workers have been disbursed financial assistance.

In addition to this, the Union of India submitted that the the Ministry of Labour and Employment, held a video conference on 16th June, 2020 with the intention to prepare a uniform registration format with software for portability across the country to enable the registration of migrant workers.

It was further mentioned that despite the fact that the Shram Suvidha portal of the Central Government does provide registration and issue license under the 1979 Act, no request has come so far from the migrant workers in Delhi.

In light of these submissions, the court noted that:

'A perusal of the above two reports/notes shows that there is a dire need for creating a mechanism for registration of migrant workers. Though some progress appears to have been made under the BOCW Act, registration/grant of licences under the 1979 Act is almost negligible, if not nil. This position needs to be altered and solved in order to ensure that migrant labour is adequately protected in terms of the Acts and benefits meant for them are also passed on to them.'

Therefore, the court that directed the Central Government to file a detailed affidavit highlighting the kind of portal, which is sought to be created, for the registration of migrant labour across the country. Such a portal ought to have on board all the state governments so that the ingress and egress of migrant labour is duly recorded and reported.

The court will next take up the matter on July 22.