'No Question Of Threatening UP Woman Who Converted To Islam': UP Police Tells Delhi High Court In Protection Plea 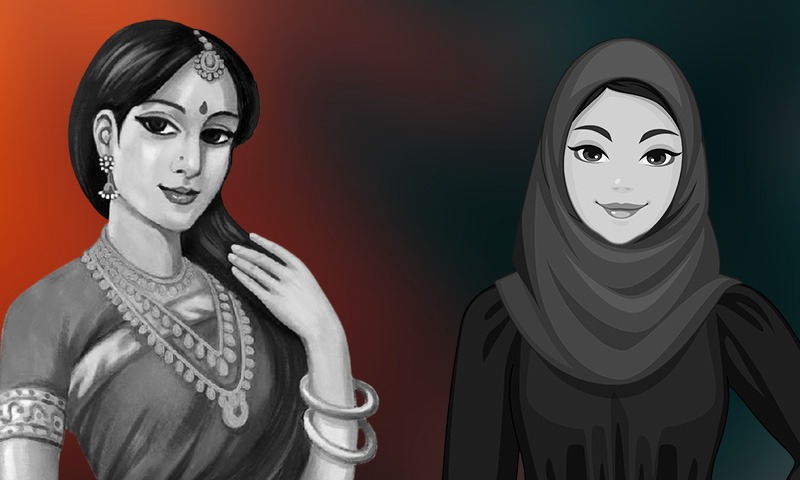 The Uttar Pradesh Police has refuted before the Delhi High Court, the allegations of harassment levelled against it by a Hindu woman from Shahjahanpur, who had converted to Islam.It has submitted before Justice Rekha Palli that neither the agency has registered any case against the woman or her family under the UP Prohibition of Unlawful Religious Conversion Act, 2020, nor the woman...

The Uttar Pradesh Police has refuted before the Delhi High Court, the allegations of harassment levelled against it by a Hindu woman from Shahjahanpur, who had converted to Islam.

"There is no case. We really wonder why this petition is filed against the State of UP," Additional Advocate General Garima Prashad for the State of Uttar Pradesh said.

"We have checked from district police station where she claims that she had gone and she was threatened, no complaint was filed by the petitioner at any stage or by her father in any of the police stations. As on date, no case is registered against her or her father or her husband."

The woman had claimed that she and her family was facing an extreme threat to life as they were being witch-hunted by the officials of the Uttar Pradesh Police. The latter has however denied registering any.

Accordingly, the Court had granted the woman interim protection.

Today, Advocate Sameer Vashishth appearing for the Commissioner of Delhi Police and GNCTD submitted that the petitioner never provided any address to the Delhi police for providing protection to her.

"They have sensationalised the matter also. Delhi Police has been made as a villain," he added.

In view of this, the Court recorded the stand of the UP government that there is no question of them giving any threat to the petitioner and also the submission that the woman herself failed to provide any details as to where she purportedly received threat from.

Noting that nothing survives in the petition, the Court posted the matter for further hearing on November 10 owing to the fact that the proxy counsel appearing on behalf of the petitioner was not in a position to argue the matter.

Following her conversion on May 27, 2021, the woman had changed her name to Ayesha Alvi, which was published in some newspapers.

She claimed that owing to this religious conversion, she and her family members are being targeted and malicious content about her is being published in the media every day.

The petitioner originally belongs to Uttar Pradesh and claims to be working in Delhi.

Allegedly, since June 23, 2021, when she was in Shahjahanpur, she started getting telephone calls from different media persons who requested a meeting, which she refused. Thereafter, they came to her place against her wishes, and then they took her photographs and took videos without her permission and against her will under force of threat.

She averred in her plea that several news reports appeared in the small-time newspapers and news portals in UP with regard to her conversion, giving completely absurd and imaginary details.

Further, she wrote a letter to Delhi Police Commissioner seeking protection and alleging that she had been receiving threats that she would be forcefully taken back and would be converted again.

In her plea, she has stated that on June 26, 2021, her father was taken away by the officials of the Uttar Pradesh Police and it was informed to her that they would come to Delhi and take her too.

She has further submitted that she is an adult and she is protected by the Constitution to choose her own faith and she cannot be targeted and harassed for the choice she makes with regard to the religion she follows.