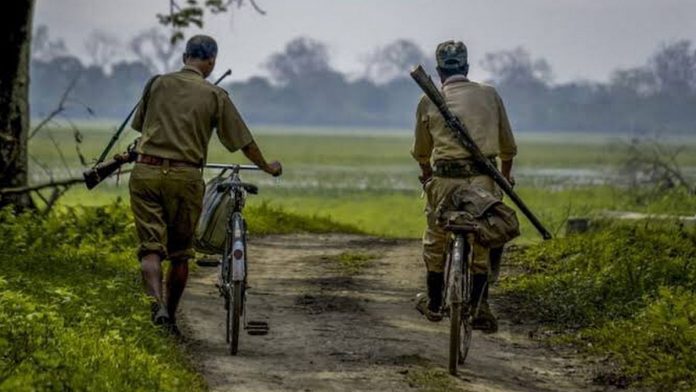 It has asked the State Government to take steps for filling up vacancies in its Forest Department, preferably within six months.

The directions come during the ongoing forest fire raging in the Districts of Nainital, Champawat, and Udham Singh Nagar districts.

The Bench was hearing a PIL titled— In Re, In the matter of, "Protection of Forest Area, Forest Wealth and Wild Life due to devastation from the extensive forest fires in the State of Uttarakhand."

During the hearing, it was informed that the Forest Department has a large number of vacancies. The sanctioned strength of Forest Guards is 3650, out of which there is a vacancy of 2098. Thus, there is a vacancy of 65% of the staff. Similarly, there is 82% vacancies in the cadre of Assistant Conservators of Forest. Likewise, on the post of Rangers, the sanctioned strength is 308, and the working strength is 237.

"It is, indeed, trite to state that forest fires have numerous adverse effects: firstly, on the greencoverage of the State; secondly, on the wildlife; thirdly, on the human population; fourthly, on the environment itself," the Bench remarked while underlining the need for proper implementation of the said Crisis Management Plan.

It added that it is essential for the State to develop multi-pronged strategies to tackle this annual menace.

Therefore, in addition to the above, it has issued the following directions:

Inter alia, the Bench has called for implementation of the guidelines issued by the National Green Tribunal, in a case titled Rajiv Dutta v. Union of India & Ors., to prevent forest fires in the State of Uttarakhand.