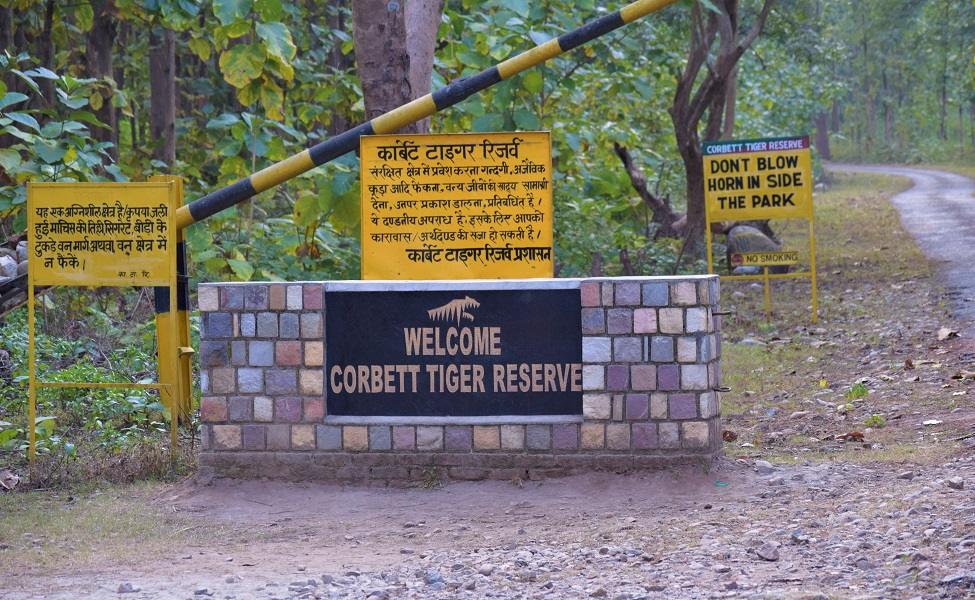 In a suo motu public interest litigation against illegal constructions and felling of trees in the Corbett Tiger Reserve, the Uttarakhand High Court has observed that there are prima facie violations of the Wildlife Protection Act, 1972, the Forest Conservation Act, 1980 and the Indian Forest Act, 1927. A Division Bench of Acting Chief Justice S.K. Mishra and Justice Alok Kumar Verma has...

In a suo motu public interest litigation against illegal constructions and felling of trees in the Corbett Tiger Reserve, the Uttarakhand High Court has observed that there are prima facie violations of the Wildlife Protection Act, 1972, the Forest Conservation Act, 1980 and the Indian Forest Act, 1927.

A Division Bench of Acting Chief Justice S.K. Mishra and Justice Alok Kumar Verma has thus directed the State's Chief Secretary to look into the matter and submit a report.

The Court also took note of the prima facie role played by Divisional Forest Officer in perpetuating these illegalities and directed that appropriate punitive action must be taken if the allegations are true.

The suo motu PIL was initiated in the aftermath of a report submitted by the Committee of National Tiger Conservation Authority (NTCA), revealing blatant violations of statutory provisions. This was heard along with another PIL, primarily concerning the illegal constructions in Morghatti and Pakhrau FRH Campuses.

The Court noted that though NTCA had recommended immediate demolition of illegal constructions and commencement of eco-restoration work, no action was taken by the Ministry of Environment till date.

The matter is now listed for further hearing on 14th February, 2022.

Earlier, the High Court had expressed surprise over construction of a single lane road in the critical habitat of Corbett Tiger Reserve (CTA). It had directed a team comprising of Principal Chief Conservator of Forest (General), Principal Chief Conservator of Forest (Wildlife), and the Director of Corbett National Park to inspect the site and submit a report on the extent of illegal constructions and other violations.

In its report, the Committee disclosed instances of illegal soil excavation, construction of water bodies near FRH campuses and felling of trees in the proposed tiger safari project site.

It was further revealed that none of the constructions in Morghatti or Pakhrau FRH campuses were in adherence to the approved norms and there was no none prior financial or technical sanction from the competent authorities.

After examining all the relevant documents, the Committee had recommended a vigilance enquiry and punitive action against the errant officers. The Committee also recommended that the current density of forest patch diverted for Safari needs to be revisited.

The main grievance of the petitioner, Anu Pant, is that no corrective steps have been taken even after conclusive evidence regarding illegalities in one of the most critical tiger habitats was revealed by two fact-finding enquiries.

It was alleged that there are colluding forces and unseen actors in the concerned Ministry and its Departments, that enabled the posting of present DFO in a sensitive area, despite previous service record.

The Chief Wild Life Warden (CWLF) who also acts as the CEO of CAMPA Fund (Compensatory Afforestation Management and Planning Authority) is accused of turning a blind eye towards the illegal constructions and diverting funds for the construction activities by the DFO concerned. The Director of Corbett Tiger Reserve has also been arraigned as a silent approver.

The petitioner has also alleged that the transfer exercise of officers involved in the CTR episode before the specified tenure was also laden with irregularities and meant to stonewall the investigation, many times not following the procedure through Civil Services Board as contemplated under Indian Forest Cadre Rules, 1966.

According to the petitioner, both the DFO and Range Officer were suspended only in late November by the Government. The suspension letter of the range officer was not served and he is still working in the same forest range, erasing evidence.

The petitioner seeks directions for the appointment of an independent SIT to look into the allegations. A further prayer is made to ensure proper use of CAMPA funds and implementation of proper Tiger Conservation Plan for Corbett Tiger Reserve and other reserves with the help of the Wildlife Institute of India (WII).