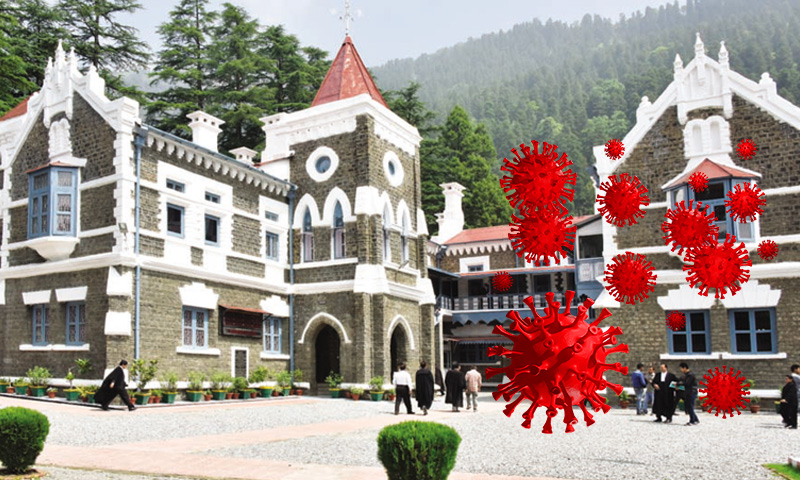 The Uttarakhand High Court on Monday (May 3) sought a response from the State Government regarding the state of prisoners amid the Covid-19 pandemic.

The PIL in this case seeks a direction to to the High Powered Committee to take a decision for releasing the under trial prisoners, including juvenile in Remand Homes, on parole or interim bail considering the imminent threat to their lives due to the ongoing second wave of COVID-19.

The plea states that there are several under investigation and under trial prisoners in the State of Uttarakhand, who are facing difficulties due to the emergent situation of the second wave of pandemic COVID-19.

Further, it is submitted that in compliance to the directions of the Supreme Court, the High Powered Committee comprising of the Executive Chairman of State Legal Service Authority (SLSA), Principal Secretary Home/Prison, Director General of Prison during the first wave of COVID-19 had issued several directions for the release of prisoners on interim bail/payroll.

However, as of now, when the situation is rather more critical, the Respondents are not releasing any prisoner on parole or interim bail in view of notification dated 26th March 2020.

"It is an admitted fact that most of the jail campus of the State of Uttarakhand are overcrowded due to non release of regular prisoners in absence of hearing of pending bail applications before this Hon'ble and Subordinate Courts as well."

Further, the plea states that many bail applications are pending before the High Court and subordinate courts as well, and that the undertrial prisoners are facing irreparable loss and injury and threat to their lives due to the spread of the second wave of COVID-19, which is violative of Article 21 of the Constitution of India.

Therefore, the plea prays that a direction be issued to the High Powered Committee for releasing under investigation and under trial prisoners, including juveniles in Remand Homes on parole or interim bail for a suitable period, in view of the order dated 26th March 2020 issued by Uttarakhand State Legal Service.

The Court has directed the Chief Standing Counsel for the State, CS Rawat, to file a report detailing the above information by May 6.

It has also directed the IG, Prisons, to remain present before the Court through Video Conference on the said date.