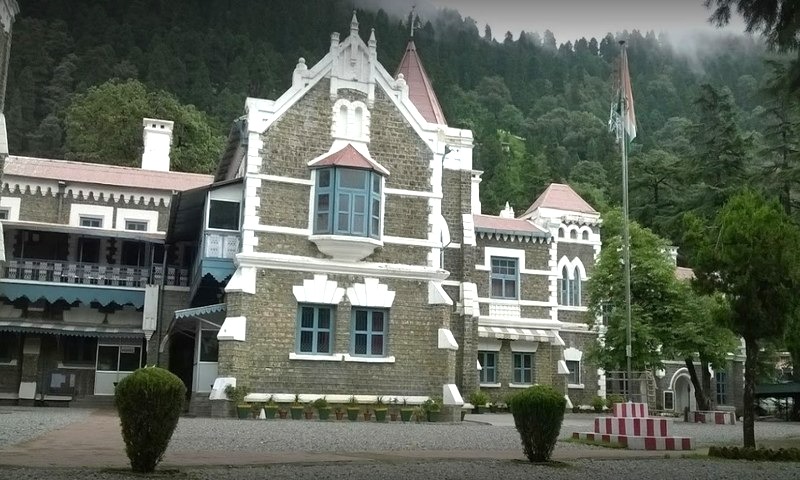 The Uttarakhand High Court has reiterated that a more than prima facie case is needed to be presented to summon a person under Section 319 of the Code of Criminal Procedure (Cr.P.C.). While dismissing a revision against the trial Court order of such summon, a Single Judge Bench of Justice Narayan Singh Dhanik observed, "Therefore, it is amply clear that in order to exercise the...

The Uttarakhand High Court has reiterated that a more than prima facie case is needed to be presented to summon a person under Section 319 of the Code of Criminal Procedure (Cr.P.C.). While dismissing a revision against the trial Court order of such summon, a Single Judge Bench of Justice Narayan Singh Dhanik observed,

"Therefore, it is amply clear that in order to exercise the power under Section 319 Cr.P.C., a case more than prima facie, but short of satisfaction to an extent that evidence if goes unrebutted would lead to conviction, must have been there."

On 07.01.2018, when the respondent no. 2 herein (complainant), his cousin brothers Daljeet Singh and Rajvender Singh, and his relatives Kuldeep Singh and Harvansh Singh were participating in a Nagar Kirtan in Sitarganj, the accused persons, armed with sharp-edged weapons, lathis and dandas and pistols, attacked them. In the said incident, Daljeet Singh and Harvansh Singh died at the spot and Rajvender Singh suffered serious injuries.

The respondent no. 2 lodged an FIR alleging that the accused persons had murdered his father earlier and putting pressure on him to enter into a compromise. Out of such enmity, they committed the aforesaid offences. After investigation, police submitted the charge sheet and thereafter trial commenced against the accused persons.

On 25.11.2019, while recording further examination-in-chief of the complainant, a CCTV footage was played before the trial court, which was collected by the police during investigation. After watching the said CCTV footage, the complainant, inter alia, identified the presence of the present revisionist at the place of incident and narrated his role in the alleged crime. The complainant further stated that at one point of time, he is being seen doing hathapai with Daljeet Singh (deceased) and Rajvender Singh (injured).

After the above deposition of the complainant, the prosecution moved an application to summon the revisionist as an additional accused under Section 319 Cr.P.C. and the same was allowed by the trial court. Hence, this revision was filed against that order.

Contentions of the Revisionist:

After commencement of the trial, on 25.06.2019 and on 16.07.2019, the complainant did not make any allegation against the revisionist in his examination-in-chief. It was only after seeing the CCTV footage on 25.11.2019, the complainant made serious allegations that it was on the exhortation of the revisionist that the accused persons committed the crime and killed Harvansh Singh and Daljeet Singh and inflicted injuries to others.

She also submitted that in the above facts and circumstances, it was totally illegal on the part of the trial court to summon the revisionist under Section 319 Cr.P.C. on the basis of the deposition made by the complainant in his examination-in-chief. It was alleged that the complainant tried to develop a completely new story after watching the said CCTV footage, which is without audio. She further asserted that had the complainant been an eye-witness of the alleged incident, which he claims, he would have taken the name of the revisionist in the FIR itself.

While discussing the scope and purport of Section 319, the Court relied upon a Constitution Bench judgment of the Apex Court in Hardeep Singh v. State of Punjab & Ors, (2014) 3 SCC 92, wherein it was observed,

"The test that has to be applied is one which is more than prima facie case as exercised at the time of framing of charge, but short of satisfaction to an extent that the evidence, if goes unrebutted, would lead to conviction. In the absence of such satisfaction, the court should refrain from exercising power under Section 319 Cr.P.C. In Section 319 Cr.P.C, the purpose of providing if "it appears from the evidence that any person not being the accused has committed any offence" is clear from the words "for which such person could be tried together with the accused". The words used are not "for which such person could be convicted". There is, therefore, no scope for the court acting under Section 319 Cr.P.C. to form any opinion as to the guilt of the accused."

The Court held that the "upshot" of the above discussion is that a more than prima facie case has been made out against the revisionist to invoke Section 319 of the Cr.P.C. and summon him as an additional accused to face the trial. Accordingly, the Court arrived at the conclusion,

"Now, on this anvil, if I just have a glance on the backdrop of the controversy and in the light of animosity persisting between the parties, and the deposition of the PW1, who is complainant as well as an eyewitness of the incident and who identified the revisionist in the CCTV footage and stated his role in the alleged crime, then I am of the opinion that the trial court has not committed any error in summoning the revisionist to face trial like other accused persons. Hon'ble Apex Court has approved of relying upon deposition which has not suffered cross-examination for the purpose of invoking Section 319 Cr.P.C."

Accordingly, the revision was dismissed.

Notably, in a recent judgment, the Supreme Court has also held that to invoke Section 319, a more than prima facie case, as exercised at the stage of charge framing, is needed.