Municipal Board Has No Power To Review Its Own Decision Unless Statutorily Provided: Uttarakhand High Court 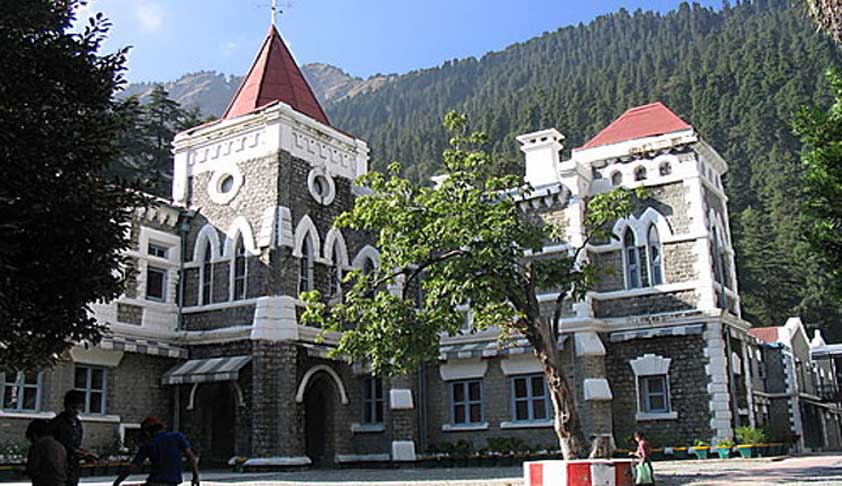 The Uttarakhand High Court has held that a Municipal Board has no power to review its own decision unless that is provided under the governing statute itself. A Single Judge Bench of Justice Sharad Kumar Sharma observed, "Rather, this Court is of the view that the passing of the impugned resolution by way of exercising a power of review too will not fall to be within a zone...

The Uttarakhand High Court has held that a Municipal Board has no power to review its own decision unless that is provided under the governing statute itself. A Single Judge Bench of Justice Sharad Kumar Sharma observed,

"Rather, this Court is of the view that the passing of the impugned resolution by way of exercising a power of review too will not fall to be within a zone of exercises of power which the municipalities could have exercised, because in an executive zone of decision, no power of review is vested until and unless it is statutorily created under the Act and by law."

Contracts were executed by the Nagar Palika Parishad, Nainital, in relation to four tenders. The said contracts were governed by some concluded terms of the contracts executed by the municipality of Nainital in favour of the successful bidders for each of the works, for the year 2022. The period of contract was to commence from 01.10.2020 and was to end on 31st March 2022. The contract thus executed would fall under the ambit of Section 96 read with Section 97 of the Uttarakhand Municipality Act, 1996 ('the Act').

The board, while allegedly exercising its powers under Section 8(g) of the Act, had held the boards meeting on 04.12.2021 and on the basis of the prevalent COVID-19 situation, a decision was taken by way of resolution to extend the contract for a further period of three months which was as a consequence of a reaction and deliberation made on a representation submitted and solicited by the contractors submitted on 02.12.2021, for the purposes of extension of the terms of the contract.

The impugned resolution was put to challenge by the petitioner, who was one of the aspirants to participate in the prospective bidding process.

1. Whether the contract which stood executed by the Nagar Palika, with regard to the four tenders could at all be extended by it for a further period, without even complying with the provisions contained in Sections 96 and 97 of the Act?

2. When the Board exercises its powers to pass resolutions, whether the resolution thus taken could be put to review before the municipal board itself?

3. Whether the power of review of its own decision has been vested with the elected Board, when rendered in the exercise of its executive and administrative powers?

Mr. Abhijay Negi, the counsel for the petitioner relied upon the judgment in Balaji Ventures Pvt. Ltd. v. Maharashtra State Power Corporation Company Ltd. & Ors., 2022 LiveLaw (SC) 295 wherein, the Apex Court has laid down that the Writ Court under Article 226 of the Constitution, cannot grant an interim order which may have an impact of rendering a final judgment or effecting a final decision to be taken.

The Court put two most important questions to the respondents, i.e., whether the board while exercising its powers to pass a resolution can extend the terms of the contract beyond the period prescribed under the terms of the contract therein in contravention to the provisions contained under section 96 of the Act. Further, it also asked the counsel for the respondents that whether in the matters of state largesse, where contract is executed by a local body as constituted under Article 243 of the Constitution, could at all in the exercise of its executive power, its earlier resolution dated 04.12.2021 could be reviewed.

The counsel for the municipalities made a reference to sub-section 1(B) of Section 34, wherein he contended that the power of review of a municipal board decision has been vested with the Board. Further, in order to support the impugned resolution which was rendered in the exercise of powers of review, he has made reference to the provisions contained under section 94, sub-section 6 of the Act.

The Court, after going through the provisions contained under sub-section 1(B) to Section 34, held that it provides for a joint committee or any officer or servant of the municipality, who is aggrieved by any opinion expressed by the resolution or the order passed by the municipal board, which is in disregard and in breach of the provisions of law, can approach the State Government on their own motion or by way of a complaint. It thus held, if a simplicitor interpretation is given to the stipulation contained under sub-section 1(B) of Section 34, the power available therein of approaching the State Government has been given to the joint committee or any officer or servant of a municipality or of a joint committee. Hence, the recourse to 1(B) of Section 34 would not be available to the petitioner.

The Court held that the ratio of Balaji Ventures Pvt. Ltd. (supra) has to be always applied depending upon the facts and circumstances of the cases. The Supreme Court has observed therein that permitting a contractor who was otherwise held to be ineligible by way of an interim measure, would amount to a final relief, which cannot be granted. However, the Court noted that this is not the situation or similar circumstances which is prevailing in the instant case.

The Court further held that inter se contractual obligations, which are governed by the terms of the concluded contract, cannot be regulated or extended by the municipality to hold a resolution of the Board while exercising its purported powers under section 8(g). The decision cannot be motivated on a representation made by the contractors, which is itself a non-statutory representation. Thus, the Court held that since the genesis of the resolution of 04.12.2021 was the representation by the contractors, which has got no legal sanctity in the eyes of law, coupled with the fact that it suffered from the vices of the non-compliance of the provisions contained under section 96 of the Act, the very decision making process of the Board was contrary to law.

Further, the Court held the view that the board or its members, which constituted the board in its decision making process of 04.12.2021 cannot adorn to themselves an exercise of the powers of being a financial expert, to scrutinize the technicalities of enhancement of the proportionate contract money by assessing its probable escalation to 20% and that too, without any material basis. It noted, if the impugned resolution itself is taken into consideration in its totality, it does not even reflect the parameters, which were adopted by the respondent to escalate the contract money by 20% and that too when the decision itself has been taken by way of exercising the power of review

"In fact, if the title head of sub-section (6) of Section 94 itself is taken into consideration, it starts with a non obstante clause, which rather creates a bar in modifying or annulling, any action or decision which is taken within six months prior to the date for the reasons of exceptions carved out under clause (a) and (b). Meaning thereby, the powers under sub-section (6) of Section 94, could be exercised when a pre-condition of sub-clause (a) and (b) of sub-section 6 of Section 94 of the Act, is complied and satisfied with. In fact, the resolution itself does not reflect the compliance of the preconditions contained and contemplated under sub-section 6 of Section 94 of the Act. The impugned resolution itself would be bad in the eyes of law, for the above reasons too."

Consequently, for the reasons aforesaid, the Court concluded that the impugned resolution suffers from over-exercise of powers which is not statutorily permitted to be exercised by the municipal board. Hence, the resolution dated 25.03.2022 was ordered to be kept in abeyance, till the next date of listing.