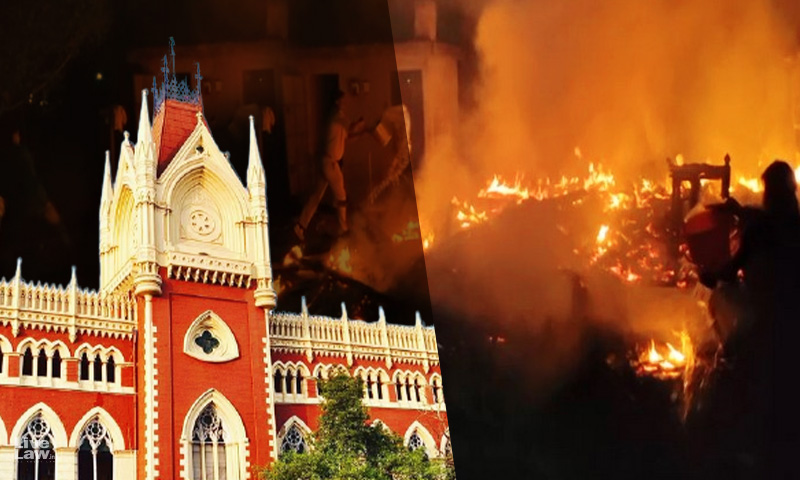 The Calcutta High Court on Tuesday took on record the latest status report filed by the Special Investigation Team (SIT) and the Central Bureau of Investigation (CBI) pertaining to the progress of the investigation with regards to cases of violence that had allegedly taken place post the declaration of the West Bengal assembly elections in May 2021. The Court vide order dated August 19, 2021...

The Calcutta High Court on Tuesday took on record the latest status report filed by the Special Investigation Team (SIT) and the Central Bureau of Investigation (CBI) pertaining to the progress of the investigation with regards to cases of violence that had allegedly taken place post the declaration of the West Bengal assembly elections in May 2021. The Court vide order dated August 19, 2021 had handed over to the CBI the investigation of cases related to murder, rape and crime against women whereas an SIT had been constituted to investigate other criminal cases related to post-poll violence.

A Bench comprising Chief Justice Prakash Shrivastava and Justice Rajrashi Bharadwaj was apprised by Additional Solicitor General Y.J Dastoor appearing for the CBI that a total of 51 cases had been initially registered out of which 48 cases had been referred to by the NHRC committee constituted by the Court and 3 cases had been registered on the basis of individual complaints.

Submissions on behalf of the CBI

ASG Dastoor appearing for the CBI also informed the Bench that in 20 cases charge sheets had been filed and that out of the 20 cases, in 18 cases an application had been filed under Section 173(a) of the CrPC for further investigation. He further submitted that 3 cases had been transferred to the SIT and that currently, 28 cases are still under investigation by the CBI.

The Court was further apprised that 203 charge sheets had been filed, 114 non-bailable warrants had been issued, 181 searches had been conducted, and that 101 statements under Section 164 of CrPC had been recorded by the CBI.

ASG Dastoor further informed the Bench that the CBI is doing its best to wrap up the investigation as expeditiously as possible. In this regard, he further remarked that none of the investigations are being carried on by the Kolkata Unit and that all 7 teams are from outside the State and hench the concerned officers are also in a hurry to go back to their parent units.

Submissions on behalf of the SIT

The Court also took on record the latest status report filed by the SIT  in a sealed cover. The counsel appearing for the SIT informed the Bench that 689 cases had been registered initially and that on the last date of hearing investigation was pending in 12 cases. However, till date investigation is pending only in 2 cases, the counsel informed further. The Bench was further informed that yesterday the CBI had transferred a new case to the SIT.

Furthermore, pursuant to the Court's earlier directions, the SIT also filed a report in a tabular format indicating the action taken with respect to the grievances raised in the 9 connected writ petitions before the Court. The Bench was informed that a total of 323 complaints had been received but since the same complaints had been registered multiple times, the number of actual complaints amounts to 290.

The Court also directed that the concerned counsels of the petitioners can make a request to the SIT to hand over the aforementioned report indicating the action taken on their complaints.

Submissions on behalf of the State government

On the previous date of hearing, advocate Priyanka Tibrewal appearing for one of the petitioners had submitted a supplementary affidavit before the Court wherein it had been contended that 54 factory workers in Shyamnagar, West Bengal were not being allowed to return to their workplace as local goons had been threatening them. She had further argued that in many such cases there have been allegations of murder and thus requested for such cases to be handed over to the CBI pursuant to the Court's earlier directions.

With regards to this, Advocate General S.N Mookherjee on the previous date of hearing had apprised the Bench that he had already sought a report from the concerned Director General of Police (DGP) in this regard and had accordingly prayed for 2 weeks time to provide further information to the Court.

On Tuesday, the AG submitted a report wherein it was disclosed that out of the 243 names submitted, 9 names had been repeated. Furthermore, it had been found that 117 persons are already residing at their respective houses and that 22 persons could not be contacted due to incorrect contact numbers provided.

The AG further informed the Bench that 86 persons had been residing in other places to pursue professional studies and other such engagements and that 1 person had already expired. The Court was further informed that 5 persons were absconding since they were involved in various criminal cases.

Accordingly, advocate Tibrewal was granted liberty to file an exception to the report filed by the State government. The Court directed that an affidavit of such displaced persons containing full particulars must be filed before the Court before the next date of hearing.

The matter is slated to be heard next on February 28.

It may be noted that September 29, the Supreme Court had issued notice in the petition filed by the State of West Bengal challenging the High Court's direction for CBI investigation into cases of murder, rape and crimes against women which allegedly took place during the post-poll violence in West Bengal. A bench comprising Justices Vineet Saran and Aniruddha Bose had observed that the State of West Bengal through its counsel Senior Advocate Kapil Sibal has made out a prima facie case for issuance of notice.