Whether Students Who Might Face Problems With Open Book Exams Will Be Given Another Opportunity To Appear For Regular Exams Later? Delhi HC Asks DU 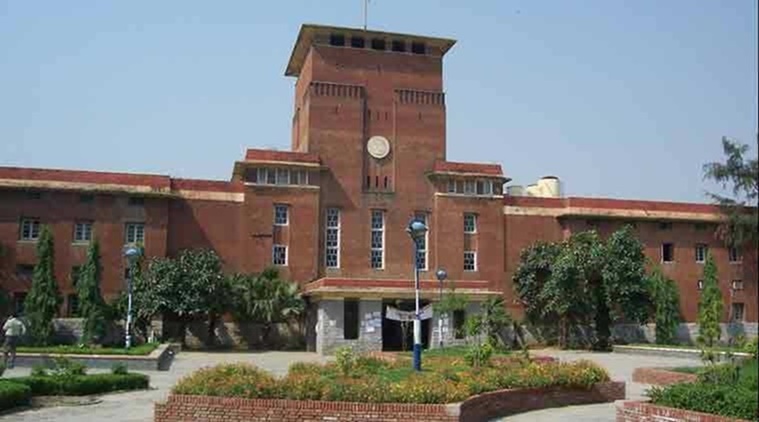 Delhi High Court has directed the Delhi University to submit an affidavit stating as to whether the students who might face problems with the Open Book Examination (OBE), scheduled to be conducted on July 10, will be given another opportunity to appear for regular examinations later. The Division Bench of Justice Hima Kohli and Justice Subramonium Prasad directed the University to...

Delhi High Court has directed the Delhi University to submit an affidavit stating as to whether the students who might face problems with the Open Book Examination (OBE), scheduled to be conducted on July 10, will be given another opportunity to appear for regular examinations later.

The Division Bench of Justice Hima Kohli and Justice Subramonium Prasad directed the University to further clarify as to whether the final year undergraduate (UG) students will be given provisional admission into postgraduate (PG) courses subject to them clearing the qualifying exam post the declaration of their undergraduate results.
The order has come in a writ petition moved by law students Prateek Sharma and Diksha Singh, the seeking a direction to be issued to the Central Government to ensure that examinations are only conducted after ensuring that all students have received identical and complete educational instructions.
The petition has argued that the Delhi University has taken no steps to consider the need of the visually impaired and specially abled individuals (auditory impairment).
Today, the court directed a series of questions towards the officials and the counsel appearing for the Delhi University, as a contempt application was moved by the Petitioner highlighting that the University withheld material information from this court during the last hearing.
As per the contempt application, the court was informed that the University did not apprise the court in its affidavit that it will be conducting the mock OBE from July 04 to July 08, and that the date of the final OBE was postponed to be conducted on July 10.
In reply to the contempt petition, Senior Advocate Sachin Dutta, who was appearing for the Delhi University, conceded that they were not very forthcoming with the information concerning the OBE. He said:
'We could've done many things differently. We agree that we were not very forthcoming with the information concerning the mock exams'.
Subsequently, the court directed specific questions towards the University concerning the ambiguities in their affidavit and the specific problems that students with disabilities might have with the OBE.
'How are the visually impaired students supposed to fill the captcha? How can you say that 95% of PwD students have no problem with the OBE when your own data suggests that the most of these students were not even aware at the time of submitting the exam forms that you will be conducting open book examinations. These students were under the impression that the University will be conducting examinations through regular mode.'
The court further said:
'Are you telling us that you are not aware of the students who wrote letters to the Delhi University Teachers Association complaining about the OBE. How can you say that 95% of PwD students had no objections with the OBE.'
Senior Advocate Kapil Sibal, who was appearing for the Petitioners, suggested that the best thing to do would be to postpone the examinations altogether. He said:
'Why should the students who were forced to leave their textbooks behind and move to their hometowns in rural areas due to the pandemic suffer? What is this open book examination policy which only favours the elite and prejudices the poor.'
Mr Sibal further argued that the final year undergraduate students, who cannot appear for OBE, should be given provisional admission into PG courses based on their previous academic performance.
While Mr Datta did mention orally that the final year students will be allowed provisional admission into PG programmes subject to them clearing the qualifying exam later, Mr Dutta sought more time to take instructions on this issue and submit a detailed affidavit.
Meanwhile, the court also asked the Delhi University to address in its affidavit the issues pertaining to the accommodation of UG students seeking provisional admission, along with those students who have already secured admission, considering the limited number of seats in PG courses.
During the last hearing, the court was assured by the University that as far as promotion from one semester to another is concerned, the same will be done without insisting the students to sit for the examinations.
The court will next take up this matter on July 09.
Tags#Delhi HC #Delhi University Online Exam
Next Story
Similar Posts
+ View more
Law Firms
+ More