Wife Staying Abroad For Career Not 'Cruelty' To Husband Or 'Desertion Of Spouse' : Bombay High Court 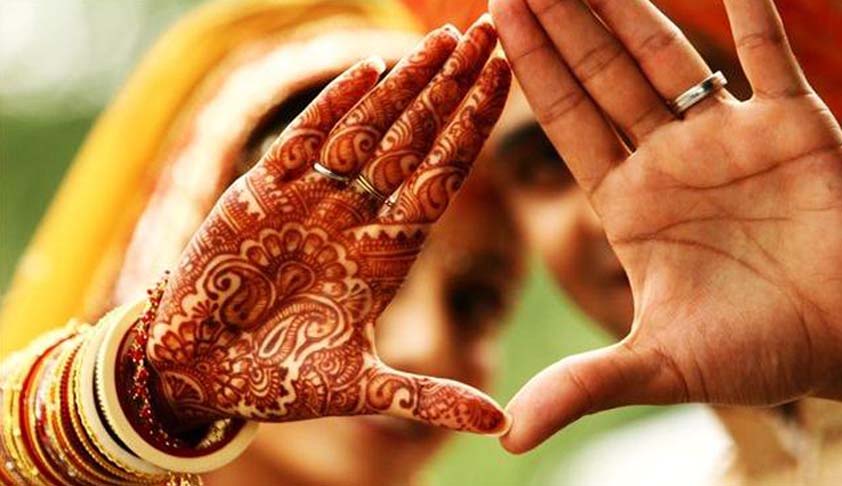 Observing that the wife's decision to remain in Canada, where she settled with the couple son is not "unjustified" or "selfish," the Bombay High Court refused to grant a divorce to a 44-year-old engineer alleging cruelty and desertion following his spouse's refusal to join him in India. The court reproduced the woman's resume, details of her flourishing career with a...

Observing that the wife's decision to remain in Canada, where she settled with the couple son is not "unjustified" or "selfish," the Bombay High Court refused to grant a divorce to a 44-year-old engineer alleging cruelty and desertion following his spouse's refusal to join him in India.

The court reproduced the woman's resume, details of her flourishing career with a pharmaceutical company in Canada to note that the husband could rejoin his wife, especially since it was his idea to settle in Canada for better prospects in the first place.

A division bench of Justices Ujjal Bhuyan and Prithviraj Chavan thus refused to entertain the husband's appeal against a Family Court's order dismissing his petition for divorce under section 13 (1)(ia) (cruelty) and 13(1)(ib) (desertion) of the Hindu Marriage Act 1955.

"This being the status of the respondent (wife), it would not be justified, in any way, expecting her to return to this country when she is already well settled over there…The desire of the respondent(wife) to settle in Canada is actuated by the fact that it was the appellant (husband) who had first consciously decided to settle in the foreign country. As such, the wish of the respondent cannot be branded as an act of selfishness or the act on her part cannot be said to be unjustified. Thus, in no way, it could be said to be cruelty meted out to the appellant by the deserting spouse," the bench said in its order.

The bench further noted that while the husband had cited his ill health for not joining his wife back in Canada, he failed to provide any medical certificates to ratify his claims. Finally, the court cited the judgment of Samar Ghosh Vs. Jaya Ghosh, to observe that the couple's relationship hadn't deteriorated to such an extent that it would be impossible for them to unite.

"We hope that there is still scope for the couple to restore the bond at least for the sake of their child..," the bench observed.

The couple, two engineers deeply in love with each other married on January 5, 2004, in Mumbai, following an eight-year-long courtship. They acquired Canadian citizenship after the husband immigrated there for better prospects in 2003, and the wife followed on a spouse visa.

The husband said he met with a car accident in 2009, after which his wife nursed him back to health. The following year they had their first child. However, the same year in 2010, the husband said he lost his job due to the recession and started suffering from back and shoulder pain and a skin allergy called 'ragweed allergy'. They then decided to return to India.

A month after their return, the man claimed his wife left for her parent's home and said she wanted to return to Canada, eventually leaving for the foreign land along with their son. The husband said he began job hunting in India, hoping his wife would return. But she didn't.

The husband then approached the court for restitution of conjugal rights, but he eventually filed for divorce after his wife failed to appear in the earlier proceedings. Even the divorce proceedings were decided ex-parte and dismissed. The Family Court judge observed that the husband's pleadings and evidence were quite vague.

The petition was uncontested even in the High Court. But the bench still refused to grant the husband relief.

The bench observed that the husband did not examine any witnesses to corroborate his claims that the wife's family had threatened him to return her passport, documents and jewellery in 2011 or that they demanded any money.

The court further said there were no medical records to prove the man couldn't join his wife for health reasons. It added that the husband seems to have created a ground for divorce by accusing the wife's relative of telling him that his wife was not interested in keeping any relation with him.

The bench refused to believe the husband's claims that he visited Canada twice, but his wife declined to meet him and allowed him to meet his son only after he undertook not to tell the child he was the father.

"Had it been the intention of the respondent(wife) to sever the marital tie, she would not have allowed the appellant to meet their son. This is an important aspect of the case indicating that neither the respondent treated the appellant with cruelty nor did she desire to desert him," the court said.

The bench thus held that the couple's marriage has not reached a stage of such deterioration that it is beyond repair, especially since their son is still young and could be a bond between the couple to reunite them once again.