Will Not Insist On Fitness Certificate For Migrants Wanting To Go Home, They Will Be Examined At Embarkation Point; State Tells Bombay HC [Read Order] 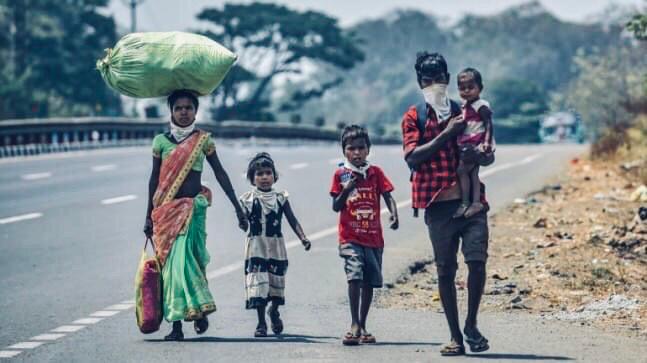 The Maharashtra government told the Bombay High Court on Friday that the state will not insist on a fitness certificate by a medical practitioner for migrant workers who intend to go back to their home state and are stranded in different parts of Maharashtra, instead these workers will be examined at the embarkation points by medical officers of the Municipal Corporation of Greater Mumbai.

Justice SC Gupte was hearing PILs filed by NGOs Sarva Har Jan Andolan and Ghar Bachao Ghar Banao Andolan regarding plight of marginalised sections of the society during the current lockdown due to the Covid-19 pandemic.

In the previous hearing, Court had asked the state to clarify its position regarding the cost of medical expenses as well as transportation of these workers.

Appearing for the State, AGP Samant submitted three circulars issued by the State Government on the subject, which now clarify the position. Samant told the Court that Medical Officers of MCGM and other concerned local authorities will examine the workers proposing to travel to their respective States at the embarkation points and assess them for symptoms of Covid19, if any, and thereupon issue individual clearances.

"This does take care of the apprehension expressed by the court on the last date. So far as the fare to be borne for such transportation is concerned, it is now clear that Union of India is bearing 85% of the fare amount for passage by Railways."

ASG Anil Singh representing the Union affirms the same and as far as the balance burden of 15% fare is concerned, under orders passed by the Supreme Court, the respective States have to pass appropriate orders, Court said.

AGP Samant submitted that the State has not taken any decision so far on that behalf.

"The State must act in accordance with the decision of the Supreme Court and pass the requisite orders on that behalf.

Now that there is an adequate clarity on the outstanding issues concerning transportation of migrant workers to their respective States, no further orders are necessary on the subject. It is expected that the statements made by the learned AGP on behalf of the State, and reflected in the circulars issued by the State on 7 May 2020, would be implemented by the State in both letter and spirit."

The matter will now come up for hearing in due course.