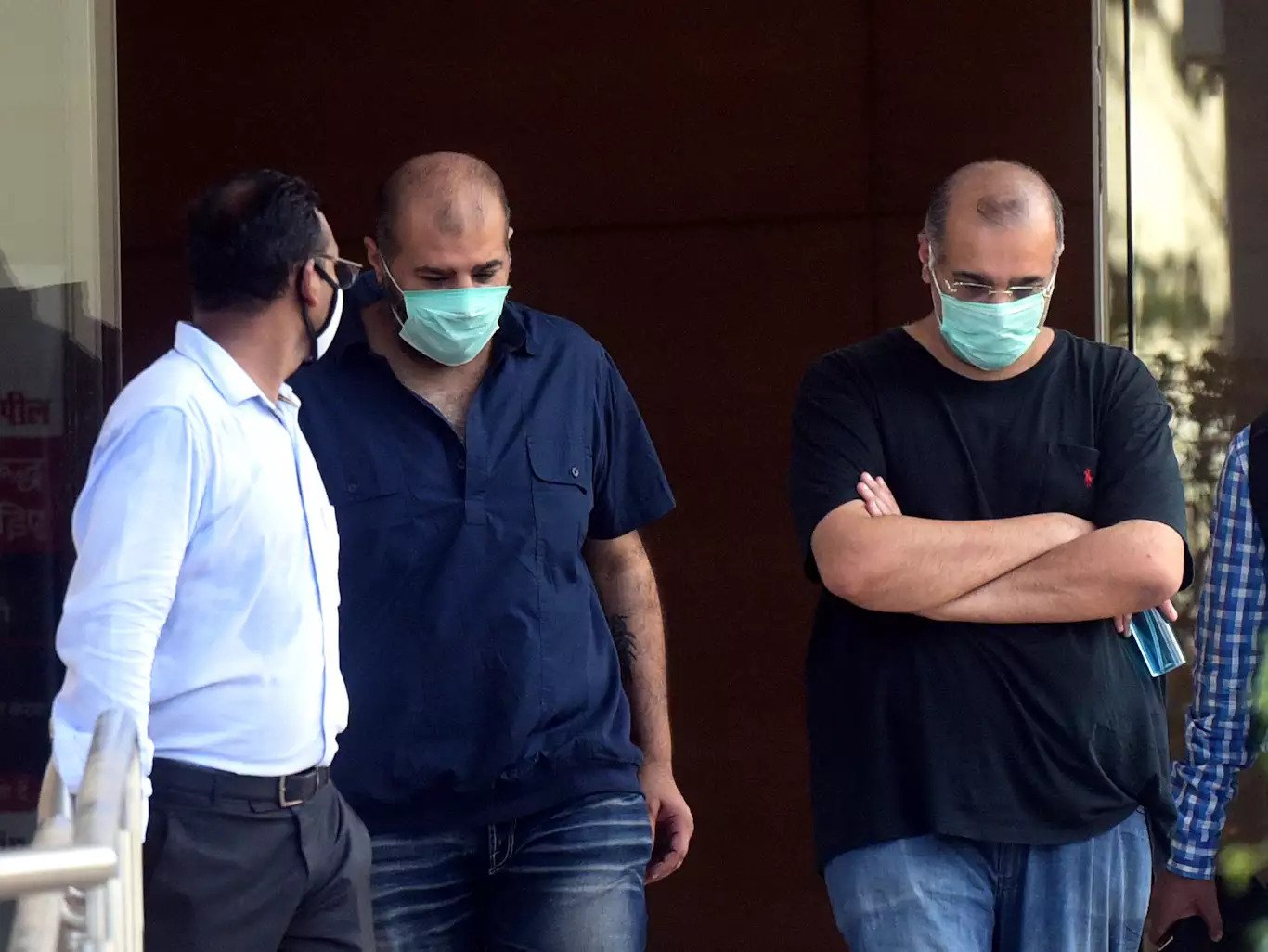 The Bombay High Court on Wednesday rejected all four bail applications filed by Kapil Wadhwan and Dheeraj Wadhwan in the case filed against them by the Central Bureau of Investigation for alleged cheating and under relevant sections of the Prevention of Corruption Act in relation to the Yes Bank fraud case.Justice SV Kotwal pronounced the order via video conferencing. He had reserved the...

The Bombay High Court on Wednesday rejected all four bail applications filed by Kapil Wadhwan and Dheeraj Wadhwan in the case filed against them by the Central Bureau of Investigation for alleged cheating and under relevant sections of the Prevention of Corruption Act in relation to the Yes Bank fraud case.

Justice SV Kotwal pronounced the order via video conferencing. He had reserved the order after hearing the investigating agency as well as the applicants on October 23.

Further, petitioners argued this lapse on part of CBI gives rise to their indefeasible rights and, therefore, they are entitled to be released on bail. The applicants had filed similar bail Applications before the Special Judge. Both these Applications were rejected by a common order dated July 31, 2020.

After the report under Section 173 of CrPC was filed before the Special Judge, the matter was transferred to the Court of Additional Chief Metropolitan Magistrate. The applicants had also preferred separate applications for bail on similar grounds before the Additional Chief Metropolitan Magistrate. Those Applications were also rejected. Hence, four separate applications were filed seeking bail in the case.

Desai argued that the purported report under Section 173 was not placed before the Special Judge and it was merely presented in the Registry. According to Amit Desai, this was also in violation of the provisions of law and, therefore, no report was presented on June 25, 2020 in the eyes of law.

Desai also submitted that Section 409 of IPC was applied as a subterfuge as CBI wanted to wriggle out of their difficulty of not filing the report under Section 173 of CrPC within 60 days.

On the other hand, Dr.Singhvi said-

"Statutory bail is a vital liberty linked with indefeasible rights and the Court has to see through the direct and indirect subterfuges and such method should be eliminated to give effect to the right accrued to the accused in the letter and spirit. In the present case, such an attempt is made by the investigating agency by invoking Section 409 of IPC illegally to claim that the period for filing of the report is 90 days and not 60 days."

CBI's counsel Additional Solicitor General Anil Singh opposed these applications. He submitted that the Supreme Court in Narendra Kumar Amin Vs CBI (2015) has concluded the issue and this Court cannot go beyond the interpretation of the Supreme Court in Narendra Kumar Amin's case (supra). Relying on the order of the CBI Court rejecting bail to the applicants, he submitted that the applicant's contention regarding the procedure under Section 173 was not submitted before the Special CBI Court.

After examining submissions advanced on behalf of the applicants as well as the prosecution, Court said-

"I am unable to agree with the contention raised by Shri Amit Desai. In S Kasi Vs. State through the Inspector of Police Samaynallur Police Station, Madurai District, the Hon'ble Supreme Court has referred the Settu Vs. State Represented by Inspector of Police only in the context of the time to file charge-sheet. This particular question as to whether it has to be actually presented before the Magistrate and whether his signatures are required to be obtained, was not considered in S. Kasi's case (supra). CrPC itself does not provide that the report under Section 173(2) has to be produced before the Magistrate alone and that it cannot be presented in the Registry."

Moreover, Court noted that the object behind all these provisions is that the investigation should be completed at the earliest and not later in point of time of the period stipulated under Section 167 of CrPC.

"Thus, if the report under Section 173(2) is presented in the Registry that signifies the conclusion of the investigation. There is no requirement of law that it has to be handed over to the Magistrate himself" Court said.

Court also rejected Dr.Singhvi's argument that a mere report without the documents and statements of witnesses was filed on the 60th day and the documents were filed subsequently on July 9, 2020 which amounts to subterfuge. Justice Kotwal observed-

"I completely disagree with these submissions. The allegations are not pertaining to criminal breach of trust committed by either of the accused in respect of each others' property. The prosecution case is that public money which was deposited by the depositors with Yes Bank was used for committing this offence, for personal gain and for causing loss to the bank and its depositors. This offence was committed pursuant to the conspiracy among all the accused. The real victims were the depositors and shareholders; particularly of Yes Bank. That amount was not utilized for getting profit for Yes Bank, but it was used for personal gain of the accused.

Thus, clearly offence of Section 409 of IPC is made out. The ingredients of this offence are clearly borne out in the report filed before the Special Court. Therefore, it does not matter whether the remand reports prior to 25.6.2020 mention that particular offence."

Finally, Court concluded that although the right to default bail for non-filing the police report within the stipulated period provided under Section 167 of CrPC is an indefeasible right which flows from Article 21 of the Constitution of India, such right cannot be defeated by any subterfuge.

"The Courts cannot be too technical while entertaining application for bail for not filing the police report within the stipulated period under Section 167 of CrPC. The report filed on 25.6.2020 by the investigating agency before the learned Special Judge for CBI at Greater Mumbai complied with all the requirements of law and hence was a proper report, filed within the period specified under Section 167 of CrPC. Not filing the documents and statements of witnesses along with the report does not make that report an incomplete report."