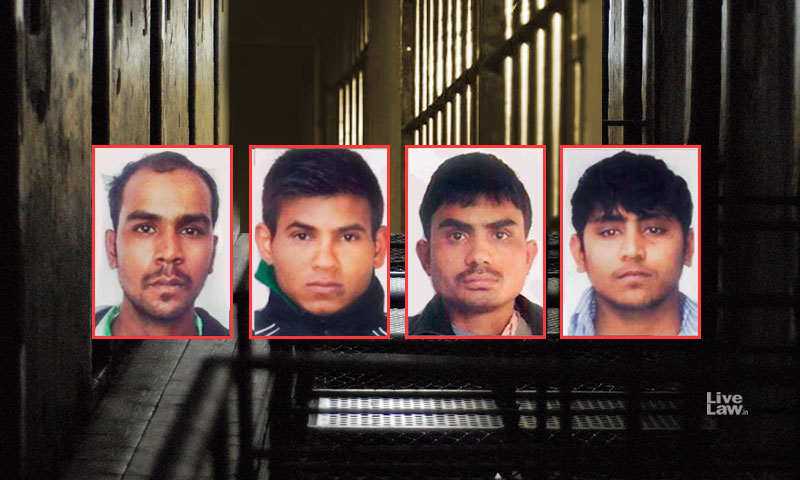 The Delhi High Court on Thursday directed Tihar authorities to decide on the request moved by Zee Media seeking an interview with the four convicts in the Nirbhaya rape case.

The Single Bench of Justice Navin Chawla has asked the Tihar authorities to deal with the said request in accordance with law and pass a reasoned order by tomorrow.

The present plea was filed challenging the order dated 27/02/2020 passed by the Superintendent, wherein the request for an interview was rejected.

It was argued by the Petitioner that the request for interview was rejected by an order which did not provide any reasons for such rejection.

Zee Media also placed reliance on the judgments of the Supreme Court in cases such as Prabha Dutt v. Union of India and Sheila Barse v. State of Maharashtra, to submit that the apex court has permitted journalists to interview the death row convicts.

'Such interviews are permissible even though Delhi Prison Rules do not specially provide for an interview by a journalist', the Petitioner contended.

Appearing for the Tihar authorities, Rahul Mehra informed the court that as per Rules 864 and 858 of the Delhi Prison Rules, 2018, after fixing of the date of execution, a death row prisoner is only allowed to meet his relatives as defined in Rule 789 of the said Prison Rules.

It was further informed to the court that as per the trial court's order dated March 05, the convicts are directed to be executed on March 20. He said:

'Rule 864 allows a death row convict to meet his relatives and settle his earthly affairs after issuance of a death warrant. It does not contemplate meeting with a journalist or even a friend.'

In light of these submissions, the court has directed the Tihar authorities to apply its mind and pass a reasoned order by tomorrow.