Why No Collegium Recommendation Yet To Fill 7 SC Vacancies: Law Ministry 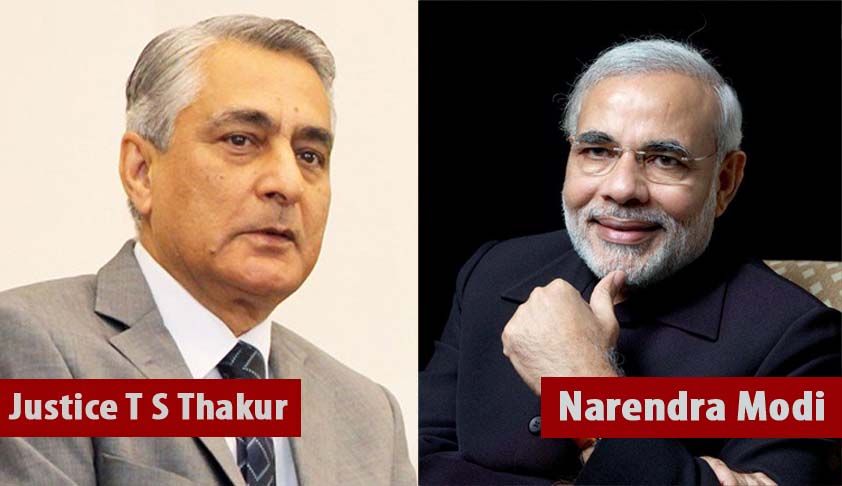 “The government is being unfairly accused of delaying appointment of judges while we have done our best. We appointed 120 judges to the High Courts this year, the second highest so far. 121 was appointed in 2013. This is against an annual average of just 80 appointments since 1990. We are saying this after pulling out records since 1990”, Law Ministry source.

In a fresh round of tiff over “delay” in judges appointment, the Law Ministry today took objection to Chief Justice T S Thakur’s criticism of the government on the issue at a time when it was “doing its best”.

Significantly, highly placed sources in the ministry also questioned the SC collegium’s non-recommendation of any names yet against vacancy of 7 judges in the Supreme Court, 290 names for High Courts and non-appointment of 4,937 judges to the subordinate judiciary.

“The government is being unfairly accused of delaying appointment of judges while we have done and are doing our best. We appointed 120 judges to the High Courts this year, the second highest so far. 121 was appointed in 2013. This is against an annual average of just 80 appointments since 1990. We are saying this after pulling out records since 1990”, the source said.

The ministry’s clarification comes two days after Constitution Day heated exchanges between the CJI and Law Minister Ravi Shankar Prasad. Both had taken on one another at several public functions organized as part of Constitution Day on November 26 warning each other to stay within the confines of the 'Lakshman rekha' as drawn by the Constitution and not to interfere into respective spheres.

“There are seven vacancies in Supreme Court..no names recommended yet by the collegium..one vacancy is more than a year old. Another vacancy nine months...another five months. Two of two months two more of one month. Why is the collegium sitting on them without suggesting any names”? asked the source.

“You talk of 430 HC vacancies. But out of that no recommendations have come so far from High Courts for 279 vacancies. There are 4,937 vacancies of lower court judges. State or central government has no role in it but the HCs. Why they are not being filled?”, the source asked adding records also show that 32 to 35% vacancies have always been the norm.

In Constitution Day comments, CJI Thakur had once again expressed his concern over increasing vacancies at various courts, including the vacancy of 500 judges in HCs and urged the Centre to intervene at the earliest in the interest of the judiciary.

“What do I tell now on the issue. I have been telling again and again and repeated it various times. 500 Judges posts are vacant in the High Courts. They are not being filled. Presently, there are several vacant court rooms in India, but no judges available. A large number of proposals are still pending and hope the government will intervene to end this crisis,” CJI Thakur had said.

Three days back, standing by its decision to refer back for reconsideration to supreme court the names of 43 candidates for appointment as judges in high courts, the Centre has said in the parliament that the decision was based on “adverse intelligence reports and serious nature of complaints” against them.