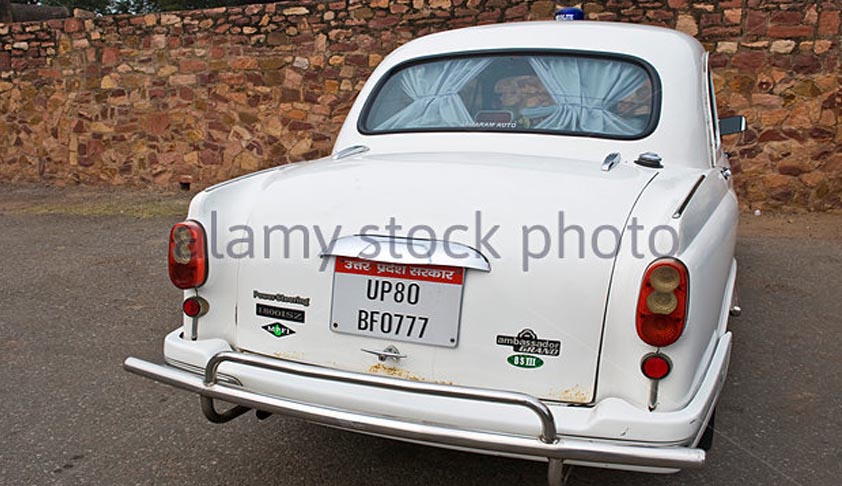 Allahabad High Court, in Agnivesh vs. State of UP, has reiterated that no person shall be allowed to use personal identification names and marks on registration plates. Division Bench comprising of Chief Justice Dr. Dhananjaya Yeshwant Chandrachud and Justice Yashwant Varma issued these orders in a PIL filed by Law students

According to the petitioners, in the absence of uniformity, the registration plates which are being used on motor vehicles do not follow any consistent pattern and they carry references to the names of the holder and very often, occupation.

The petition further reads “It has now become a tendency or a regular practice used by owners of motor vehicles to use the name tags of Govt. Offices, posts and the most commonly used are Bharat Sarkar, Uttar Pradesh Sarkar, Advocate, Police, Army etc. Due to this practice the mischievous persons use such name tags of offices in order to abscond from police or from the eyes of general public and leaves a bad imprint on the general public that particular office is bad, take the example of name tag of High 2 Court, Advocate, which is the most abused one among other tags. Even every second or third person is using the tag of High Court or Advocate, which is prohibited. This practice of using tag is now common and there is also a need to put curb on such illegal practices.”

The Court observed that putting of the names of offices and designations seems to be an effort to shield the holder from compliance with traffic regulations and prevent the traffic police from taking necessary enforcement action in accordance with law. This is clearly impermissible, the Bench said.

The Court further said that the directions issued in Sudarsha Avasthi vs. State of U.P is not being enforced by the authorities concerned. In that case, the Court had held “No person of private or Government sector shall be permitted to fix a board, plaque or plate in front or back of a vehicle for any reason whatsoever. The fixation of such boards, plates or plaques are not permissible under Rule 50 referred hereinabove. Such boards, plates or plaques should be removed immediately while plying on road and should be treated as offence under the Act calling for punishment under Section 177 of the Central Act and other provisions.”

The Court then directed the Secretary, Ministry of Transport in the State Government to issue strict directions to all the Regional Transport Officers across the State to take enforcement action to ensure that all such violations of the Rules in the form of improper registration plates are strictly dealt with by the imposition of penalties as permissible in law.