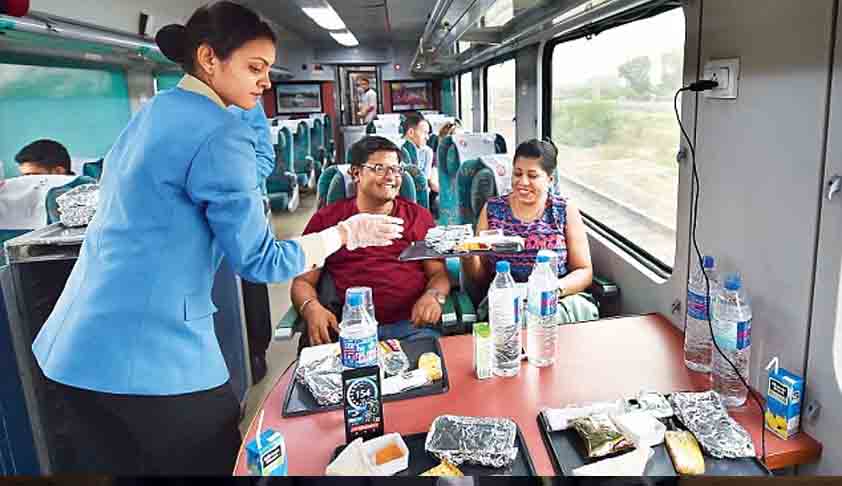 Dismissing a petition filed by the Union of India, Bombay High Court has held that railway catering services cannot be exempt from sales tax under Article 285 of the Constitution.

“The property of the Union shall, save in so far as Parliament may by law otherwise provide, be exempt from all taxes imposed by a State or by any authority within a State.”

Petitioners claimed that the departmental catering service of Western Railway is a property of the Union and hence should be exempt from any State tax.

The bench of Justice SC Dharmadhikari and Justice PD Naik noted that in an identical case, a division bench headed by then Justice VC Daga had rejected the exemption argument and cited the judgement of the apex court in the case of Collector of Customs v. State of West Bengal. Wherein Supreme Court held that the benefit of Article 285(1) is not applicable to the transaction of sale of goods.

Union of India had also argued that Railways do not come under the definition of the term “dealer” as envisaged in the amendment to the Bombay Sales Tax Act.

This argument was also rejected by the bench as on the same contention, apex court had held –

“The effect of this amendment is that the particular organisations specified in the explanation are deemed to be the dealers to the extent of sales of all the goods including the discarded or scrap materials. In view thereof, the applicant was held liable to pay tax on all its sales including the sales of foods effected by its catering unit.”

Thus, after examining all the contentions and identical cases decided by the Supreme Court and the High Court, Court dismissed Union of India’s petition.