‘Nokku Kooli’ Illegal, Payment For Head-load Workers Union Shall Be Made Through Bank Accounts And Aadhaar Linked PAN Card A Must: Kerala HC [Read Judgment] 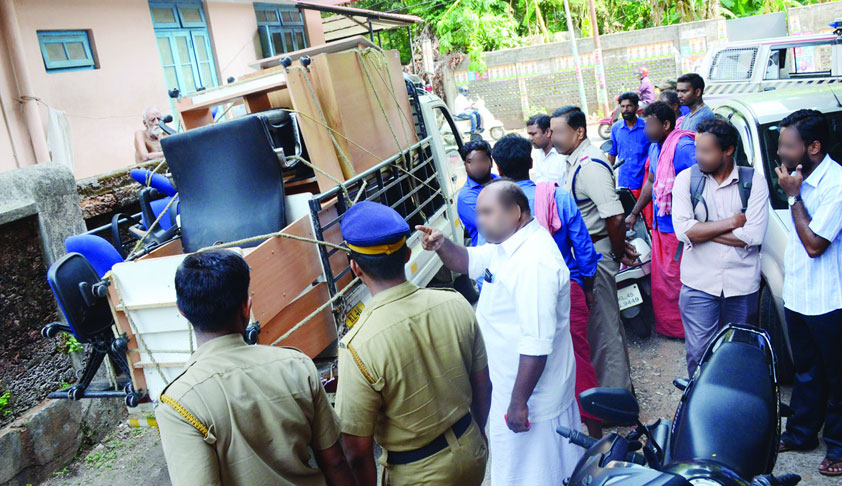 Dealing with the allegation that head load workers unions were demanding ‘ nokkukooli ’ (gawking fee, the amount which private parties have to allegedly pay to trade unions, even if loading/unloading job is got done through one’s own employees or mechanical process, without relying on union workers), the Kerala High Court ruled that payments to headload workers union should only be made through bank accounts, and that too only after production of details of aadhaar card, pan card etc.

The Division Bench of Chief Justice Navaniti Prasad Singh and Justice Raja Vijayaraghavan was dealing with a contempt petition by a timber merchant who complained about police inaction to afford protection from the threat of workers union, despite positive directions to that effect by the Court.  According to the petitioner, he was using mechanized cranes for loading/unloading of timber, and despite that he was forced to pay nokkukooli to workers union.

In that context, the Court ordered as hereunder:-

“The first thing we would like to direct is that payment by the petitioner to unions shall only be made through a bank account and on production of relevant details of Aadhaar card, connected PAN card, account number etc.  Thus, it is only on production of the said documents and designating a bank, would payment be collected or made by anyone in respect of headload workers. We may refer to the new provisions under the Income Tax Act where the limit of cash payment has been reduced to Rs.10,000/- and any payment above that to get deduction would have to be through a bank account”.

The bench also harshly criticized the practice of nokkukooli.  Peremptory directions were issued to the police to take action and arrest the union members who obstruct the work of the petitioner. It was also stated that the only the High Court will consider the bail applications of such persons.

While the strictures of the High Court against the practice of nokkukooli are widely welcomed, many lawyers wondered whether the condition of having an aadhaar-linked pan card for getting payment for loading/unloading work was excessive.  Many workers belong to the lower strata of the society, who otherwise do not fall within the income tax bracket. Therefore, it was felt that the condition of having an aadhaar-linked pan card may cause practical hardships.  Also, the issue whether the requirement of having aadhaar for getting payment for headload work could be imposed through a judicial caveat, instead of a legislation, became a topic of debate. Further, the fact that the Court took away the right of arrested workers to move for bail before the Magistrate/Sessions Court has taken many by surprise. Whether a judicial order can annihilate the right available to one under Section 439 Cr.P.C also thus became a matter of academic debate.