Notification for Implementation of OROP Issued 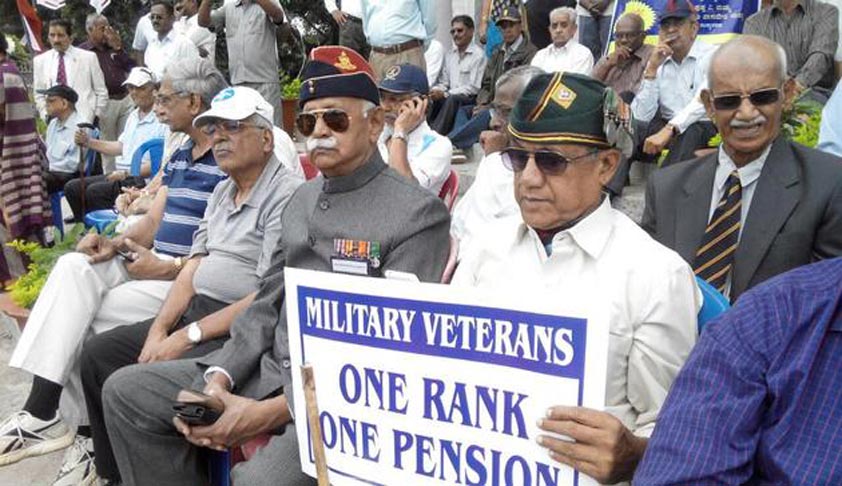 The Government today issued the notification regarding  implementation of ‘One Rank One Pension’ in respect of Defence Forces  personnel.

Defence Forces of India have a rich history and tradition of bravery and gallantry. Defence forces have not only defend our borders with exemplary courage and valour but have also performed with fearless attitude and empathy in natural calamities and other trying circumstances. Government of India recognizes and respects their contribution.

The issue of One Rank One Pension was a long standing   demand. Defence Forces had been demanding it for almost four decades but the issue could not be resolved. However, Prime Minister Shri Narendra Modi had made a commitment to implement it for the welfare of the ex-servicemen. Accordingly the Government had announced modalities for implementation of OROP on 05.09.2015.  The Government Order by Ministry of Defence, which could not be issued due to model code of conduct, has been issued today.

Salient features of the OROP as stated in the Order are as follows:

The previous Government had made a budget announcement to implement the OROP and made a provision of Rs 500  Crore.   The present Government undertook the task earnestly and realized that the actual additional annual expenditure would be eight to ten thousand crore at present and will increase further in future.   Notwithstanding the financial constraints, true to its commitment the present Government has issued the Government order to implement the OROP in true spirit.