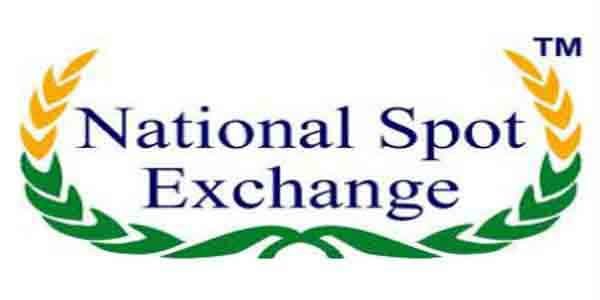 The attachment of assets was ordered by the state in order to recover the loss of Rs. 5,600 crores caused to investors due to the trading of fictitious stocks that took place in National Spot Exchange Limited (NSEL), an electronic platform in spot-trading of commodities. FTIL promoted NSEL and NSEL chairman Jignesh Shah was also in-charge of management of FTIL.

A division bench of Justice RM Savant and Justice Revati Mohite Dere was hearing a notice of motion in a petition filed by 63 Moons Technologies Limited challenging notifications by the state government directing attachment of the petitioner’s assets under Section 4 of the Maharashtra Protection of Interest of Depositors (In Financial Establishment) Act, 1999.

Senior Counsel and former Attorney General of India Mukul Rohatgi appeared on behalf of the petitioner company. He submitted that the state government has misdirected itself and misconstrued the provisions of Section 4 of the MPID Act and though they have already proceeded against the defaulter members and their directors/promoters by attaching properties worth Rs.6,115 crores, they have still proceeded against the petitioner and attached its properties more than Rs.2,200 crores.

Against the alleged original default amount, which was further reduced by the amount being repaid after the allegation of default against the outstanding default amount of Rs.4,822.53 crores, the authorities have attached properties worth Rs.8,548 crores which included the property of the petitioner, Rohatgi said.

Senior Counsel Rafique Dada appeared on behalf of the respondent state. He informed the court about the status of the immovable properties which have already been attached. It is not sufficient to meet the amount of default, as the outstanding alleged default amount is Rs.5,600 crores and as against this, on the exclusion of the properties of the petitioner, the worth of the properties attached would fetch the approximate value of Rs.3,394 crores, Dada said.

The court noted the reason for the ‘excess attachment’ argument made by the petitioners in context of the state government’s corrigendum dated April 17, 2018, which deleted the earlier clause regarding exclusion of periodically accrued benefits through investments etc., from attachment.

“However, it is apparent that in the year 2018, the accruals on the investments came to be attached by issuing notifications and this is what has been objected to. The petitioner has given the details of the attachments effected by the State Government to the extent of Rs.361.46 Crores which attachment is in furtherance of the corrigendum and deletion of the exclusion clause. The attachment of the petitioner's properties effected in the year 2018 is not disputed by the petitioners to the extent of Rs.1,200.30 Crores, since it is on account of replenishment of the properties/bonds already attached vide notification dated 21st September, 2016.

What is termed as “excess attachment” is the amount of Rs.361.43 Crores, the details have been already submitted by Shri Rohatgi in the chart which we have reproduced above. This includes periodically accrued returns from the properties/bonds which were already attached vide notification dated 21st September, 2016 and also the investments worth Rs.61.83 Crores held by the petitioner in various companies. The amount of Rs.51.80 Crores lying in the bank is the income earned by the petitioner company from non-ODIN business by applying Exchange Technology. It is this amount which is sought to be excluded according to the counsel for the petitioner.”

The bench noted that prima facie the attachment was arbitrary, unreasonable and unjustified and needs to be excluded.

The court stayed the relevant notifications and said: