One May Criticize The Judgment But Not The Judge: Kerala HC Denies Anticipatory Bail To ‘Protesters’ Against Its ‘Hadiya Judgment’ [Read Order] 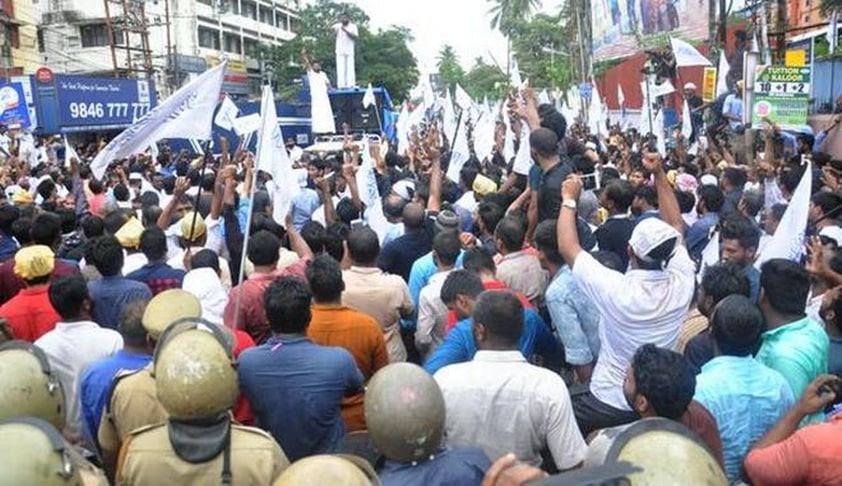 ‘Highly derogatory, contumacious and unwarranted comments were made not only against the judicial system, but against the Honourable Judges who constituted the Bench.’

The Kerala High Court has denied anticipatory bail to two office bearers of Muslim Ekopana Samidhi, who had conducted a march to the high court protesting against its judgment in Hadiya case.

After the Kerala High Court judgment annulling Hadiya’s marriage (this was later set aside by the Supreme Court), around 3,000 persons had participated in the procession ‘protesting’ against the said judgment.

On behalf of the accused, it was contended that offences under Sections 153A and 332 of the Indian Penal Code were not attracted in the case at hand. The public prosecutor opposed the plea and submitted that about 3,000 persons blocked the road and raised slogans, which were highly provocative, personally against the judges who constituted the division bench and also against the judgment.

Justice Sunil Thomas perused a copy of the pamphlet, which was circulated by the Muslim Ekopana Samidhi under the heading of “High Court March” dated “29.05.2017” and observed: “One of the slogan was that, when persons are getting enlightened by the Muslim tenements and converts to Islam, RSS was getting agitated and Judges who support them are dangerous to the country. Judges shall not decide cases with reference to Vedas or Puranas. The Judge, who denies the fundamental rights only to Muslims are reminded that, they are being paid from public money and not by RSS. Without much elaboration, prima facie, it appears that, these three slogans specifically, referred to another community. This definitely is sufficient to prima facie hold that the offence under section 153A IPC is liable to be invoked.”

Observing that there were materials to support the offence under Section 332 of the IPC, the court further said: “Highly derogatory, contumacious and unwarranted comments were made not only against the judicial system, but against the Honourable Judges who constituted the Bench. One may criticize the Judgment but not the Judge. This tendency has definitely to be curbed with iron hand and nipped in the bud.”