Parties Summoned By CCI DG Have Right To Be Accompanied By Advocates But Can’t Consult Them While DG Collects Evidence: Delhi HC [Read Judgment] 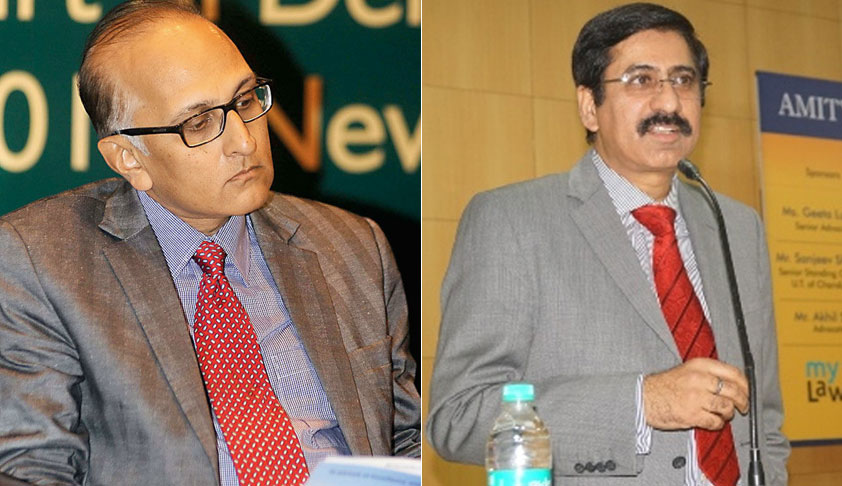 The DG shall ensure that the counsel does not sit in front of the witness; but is some distance away and the witness should be not able to confer, or consult her or him, the bench said.

Though upholding the right of parties summoned by the Director-General (DG) for investigation under the Competition Act to be accompanied by advocates, the Delhi High Court has directed the DG to ensure that ‘the counsel does not sit in front of the witness; but is some distance away and the witness should be not able to confer, or consult her or him’.

The Competition Commission Of India (CCI) had approached the division bench of Delhi High Court against the single bench order that allowed officials of a company summoned by the CCI to be accompanied by advocates.

On the other hand, Senior Advocate Sandeep Sethi, who appeared for the company, cited relevant provisions of antitrust laws in the US, UK and the EU, and contended that even in those jurisdictions, a person who is called for giving evidence in an ongoing investigation by the relevant antitrust authorities has the right to be accompanied by counsel.

The Bench of Justice S Ravindra Bhat and Justice Sanjeev Sachdeva was not convinced with this ‘implied prohibition’ argument and observed that since the right of practice of an advocate and the right of a litigant to engage the services of an advocate was firmly entrenched in the Advocates Act and through the Constitution, restrictions on such a right must be clearly spelt out in the legislation. In the absence of such express stipulation, this Court cannot impliedly read in such a restriction in the statute, the bench said.

The court also agreed with the single bench view that since the DG’s powers are so far-reaching and the consequences of an investigation by the DG are so drastic, it would be necessary that the right of a party/person to be accompanied by an advocate during the investigations by the DG, when the latter is collecting or recording evidence, not be taken away.

The bench further observed: “Since competition law in our country is in a nascent stage, the Commission, COMPAT and the Supreme Court have often relied on foreign jurisprudence and the position of EU antitrust laws and US in order to interpret the provisions of the Competition Act. Adopting a similar approach, it can be seen that both the US and the EU (or EC) allow parties to be represented by legal counsels at the investigation stage as well.”

Witness should be not able to confer or consult advocate

However, the court noted the concern of CCI that during the course of investigation and recording of evidence of a witness, the active participation of a counsel may not be conducive to the larger public interest in promoting competition, because of the likelihood of a counsel cautioning (either orally, or through non verbal communication) a witness from making or refraining from making a statement.

Diluting the single bench order to address these concerns, the bench said the commission or the DG, as the case may be, may prescribe, in the order, during the course of proceeding, when a request for representation by counsel is made, an appropriate procedure to be followed during such investigation, where the counsel may be allowed to accompany the party but not continuously confer with him when the DG is taking his or her testimony or asking questions.

“Therefore, while the party is allowed his right to be accompanied by an advocate, the DG’s investigations are not unnecessarily hindered. The Commission having regard to the appropriate best practices across jurisdictions in antitrust matters may formulate such procedures and incorporate them in regulations; till then, it is open to the DG to make appropriate procedural orders. This court feels additionally that this precautionary note is essential because often there can be situations where the prominent presence of a counsel might hinder questioning of the witness by the investigating officers or the Director-General. Apart from non-verbal communication, the counsel might restrict the element of surprise that is essential when collecting such evidence. Therefore, the DG shall ensure that the counsel does not sit in front of the witness; but is some distance away and the witness should be not able to confer, or consult her or him,” the bench added.