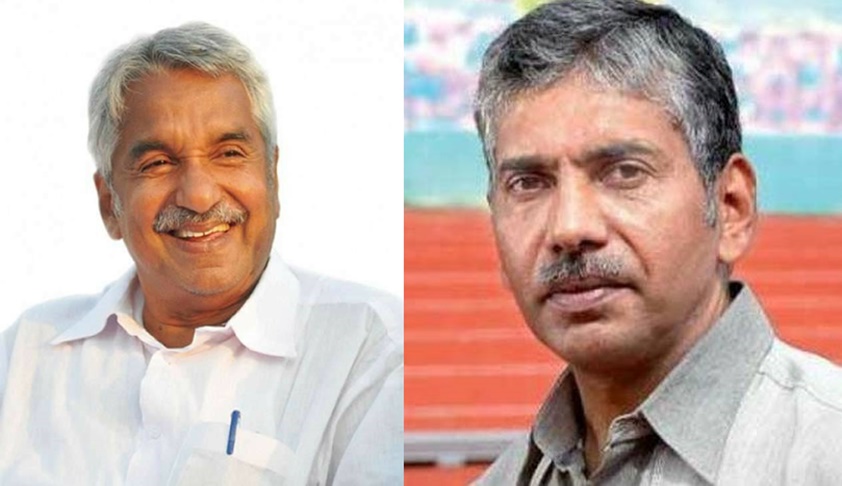 “Preconceptions and misconceptions, predilections and predeterminations of a police officer shall not be the basis for registration of a case, especially, for an offence under the Prevention of Corruption Act.”

The High Court of Kerala has quashed the FIR registered against former Kerala Chief Minister Oommen Chandy and former Chief Secretary Bharat Bhushan in which they were alleged to have committed acts of corruption by giving undue benefits to a private builder. The Managing Director and two Executive Directors of the Kerala Water Authority (KWA) were also arrayed as accused in the FIR. The gist of the allegation was that the accused had facilitated the shifting of underground sewerage lines of KWA to enable construction of a high-rise by a private builder, Artech Realtors Pvt Ltd. The case, generally known as “Pattoor land scam case”, had generated a lot of attention, as it was registered on the basis of a suo moto complaint by the then Vigilance Director, Jacob Thomas IPS, who enjoyed the media image of a whistle-blower and anti-corruption crusader.  Former Leader of Opposition VS Achuthanandan was also a party in the proceedings.

Artech Realtors sought for shifting of sewerage lines which were running diagonally through the property over which it claimed title for constructing high-rise building. On 18.02.2014, a government order was issued constituting a special committee comprising Land Revenue Commissioner, District Collector (Thiruvananthapuram), Survey & Land Records Director, and MD of KWA, to study and decide upon the issue of the shifting of sewerage lines. The committee reported that the sewerage lines were passing beneath the property of the company, and recommended that the lines can be shifted on condition that company should bear expenses. Accordingly, the lines were shifted at company’s cost.

This was alleged to be an illegal favour conferred on the company. The Vigilance Director issued a suo moto direction to his subordinate to conduct a Quick Verification Enquiry. Based on the Quick Verification Enquiry, the FIR was registered, alleging offences punishable under Prevention of Corruption Act. It was alleged that the then Chief Minister committed illegality by constituting the special committee, and the decision was taken without taking the views of Water Resources Department.

At the outset, Justice Abraham Mathew, the single judge who considered the writ petitions for quashing the FIR, clarified that an FIR registered by the police suo moto is distinct from other FIRs. Therefore, the court can examine the case background and materials in a suo moto FIR while considering the issue of quashing. Hence, the ordinary rule that High Court will not embark upon back ground enquiry to quash FIR if it prima facie reveals a cognizable offence is not strictly applicable in suo moto FIRs.

Where a police officer has registered a case suo motu on the basis of some materials which he claims to be in existence, the court certainly can examine whether such materials exist and they disclose a cognizable offence. Registration of a case suo motu by a police officer on assumed facts, or on grounds the falsity of which is revealed even without investigation, or on misconception of laws is a valid ground to put an end to the proceedings initiated by him., observed the court.

Disputed land does not belong to KWA

The court wondered what was the undue advantage conferred by the accused to the builder, as the company bore the costs of shifting the sewage lines passing under its property. The argument that the property belonged to the KWA was held to be unsustainable.  It was held that the KWA’s claim over the property was based on a misconceived application of Section 16 of the Kerala Water Supply and Sewerage Act. The Section did not create any new right in the property through which a sewer of the Water Authority is laid. It only effected transfer of the right which the government, (the Public Health Engineering Department) already had in the property, assets, sewerage services, sewerage works etc. The State had no case that the government had any right or title to the property in dispute when the Act came into force. Therefore, the foundation of the FIR itself was lost and the FIR was termed as a sucked out egg .

The prosecution allegation that the former Chief Minister committed illegality by constituting the Special Committee for deciding a matter concerning Water Resources Department was rejected by the Court. Making extensive reference to the Rules of Business of Government, the Court found that the ordinary rule for disposal of files that it shall be done under the authority of the Minister in-charge of the concerned department was not without exceptions. Rule 28(4) enabled the Chief Secretary to call for files from any Departments and submit it for examination of the Chief Minister. Also, when a subject concerns more than one Department, and there is lack of consensus, the matter can be referred to Chief Minister, as provided in Rule 27.

The court also stated that the file is submitted to the Chief Minister for disposal, and for no other purpose.

As regard the involvement of Chief Secretary, it was observed that the Chief Secretary only made his remarks on the report submitted by the committee. It was his duty and right to do so, said the court.

Criticism on the conduct of Jacob Thomas IPS

The court harshly criticised the conduct of Jacob Thomas IPS.  It noted that the Lok Ayuktha was examining the matter in 2014. At that juncture, Jacob Thomas had declined to register crime under the PC Act, citing the pendency of proceedings in Lok Ayuktha.  However, in 2017, he ordered suo moto enquiry, even though the matter was still pending in Lok Ayuktha. The court wondered what caused the change of mind.

Also, the Lok Ayuktha had appointed an Advocate Commissioner to conduct inspection. The Advocate Commissioner, relying on the Settlement Register prepared by the Travancore Kingdom in 1904, reported that the sewerage lines were passing through the property of the company. However, Jacob Thomas expressed doubts about the genuineness of the Settlement Register, and remarked that it was a fabricated document.

This prompted the court to call for the Settlement Register. On examination, the court did not feel any doubt regarding its genuineness. Therefore, Jacob Thomas was personally summoned to the court for explanation. At that juncture, he attempted to disown his remarks regarding genuineness of Settlement Register. Though he was given an opportunity to give a written explanation, he did not avail of it, making the court observe that after stating a blatant falsehood in his report, he had no compunction to quote George Orwell in his report filed in the Lok Ayukta: “In a time of universal deceit telling the truth is a revolutionary act”. One can only lament, what a paradox.

Without co-operating in further court proceedings, he made statements in social media, which were not taken charitably by the court.

Jacob Thomas disappeared from the court only to appear in social media. Instead of submitting his explanation in the court, he posted a comment in his Facebook account, which can be taken judicial notice of.

It is outrageous that a police officer, that too a Director General of Police, resorted to character assassination on social media of the accused when he was told by the court that one of the main allegations on the basis of which the case happened to be registered appeared to be false. It is high time that he was taught the lessons of discipline. No doubt, on the facts of the case it is appropriate to proceed against him. But, I think,it is more appropriate to despise his act with the contempt it deserves and close the chapter. And I do so, Justice Abraham Mathew observed in the judgment.

Based on such findings, and also aberrations in the conduct of the Vigilance Director, the Court quashed the FIR, noting that preconceptions and misconceptions, predilections and predeterminations of a police officer shall not be the basis for registration of a case, especially, for an offence under the Prevention of Corruption Act.