People are the ultimate source of authority: CJI 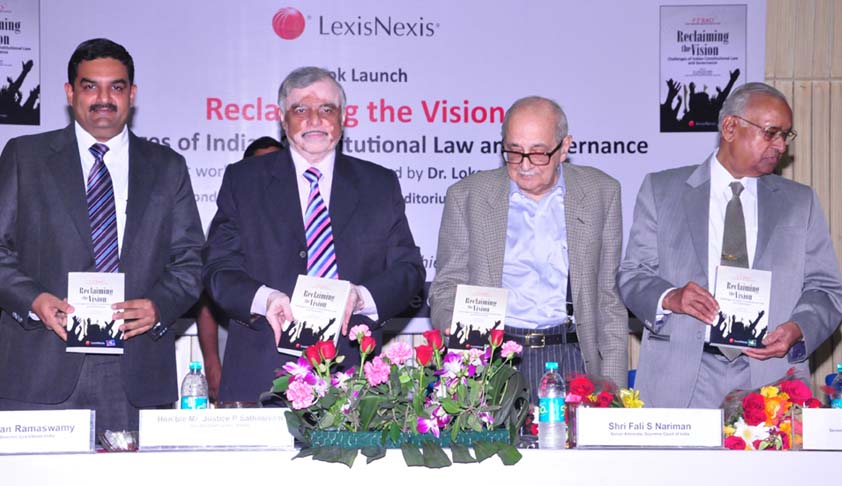 Speaking on the importance of Indian Constitution, Chief Justice of India, P Sathasivam said that, “The people are the ultimate source of authority in our country”. He also opined that, “The constitutional law could not be learnt but only ‘understood’ as it was diverse in nature. In Europe, much of homogeneous people could not have a single constitution. However, In India we managed to have a constitution despite the diversity”.

According to TOI, Fali S Nariman, spoke on the constitutional rights of the people and lauded the recent Supreme Court judgement, which directed the Election Commission to introduce a button providing for the None of the Above (NOTA) option in electronic voting machines and also on ballot papers in order to enable the voters to exercise their right to reject undeserving candidates in the election. Nariman also added, “The sitting judges do not write books, but they make a difference through their judgements, the most recent change being the inclusion of NOTA. This will now be tested in November when the assembly elections take place”.

Speaking at the event, Soli J Sorabjee cautioned that law is a service-oriented profession and not a commercial undertaking. He said, “There must be a realization for every lawyer that in essence we all are rendering a service to society".

The newly launched book is a unique collection of articles and speeches by Rao. According to a press release, “In the book, Rao shares his thoughts, deeply cherished beliefs, and concerns about critical facets of law, governance, and constitutional leadership in India. He reminds us that those who framed the Constitution had a vision of inclusive justice and progress for all. He suggests that the Constitution has been inadequately administered in India and throws light on a wide range of issues. Rao forcefully argues for radical and comprehensive reforms in governmental functioning.”

LexisNexis has launched a new series titled ‘Cross Currents – Law & More’ and Rao’s book is the first publication under this series. Speaking on the release of this new series, Mohan Ramaswamy, Managing Director, LexisNexis said, “With this new series we expect to reach segments beyond law thereby spreading awareness, generating discussions, debates and enabling actions that further our objective of Advancing the Rule of Law”.