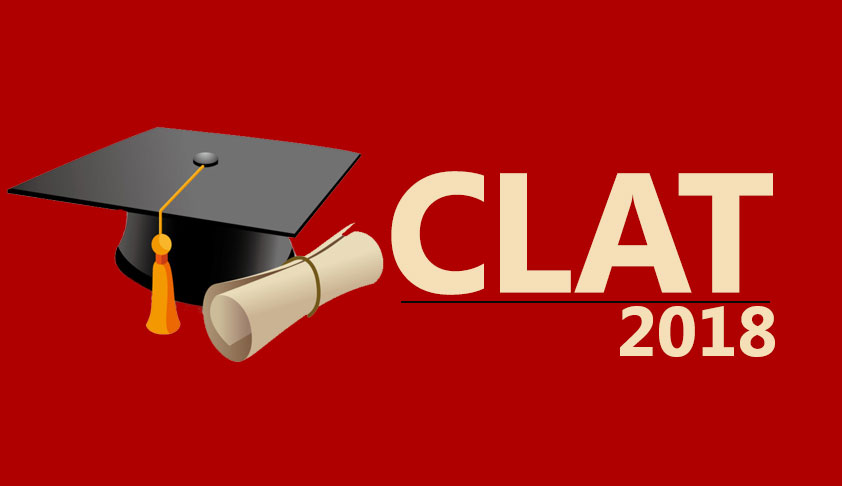 Hearing two writ petitions challenging the CLAT-2018, the Supreme Court vacation bench of Justices A. M. Khanwilkar and Navin Sinha on Wednesday directed advance copy to be served on the respondents, requiring the orders, if any, passed by any of the six High Courts seized of similar petitions to be placed before itself as well as any reply that may have been filed by the authorities...

Hearing two writ petitions challenging the CLAT-2018, the Supreme Court vacation bench of Justices A. M. Khanwilkar and Navin Sinha on Wednesday directed advance copy to be served on the respondents, requiring the orders, if any, passed by any of the six High Courts seized of similar petitions to be placed before itself as well as any reply that may have been filed by the authorities therein.

When Senior Counsel Salman Khurshid, appearing on behalf of the petitioners, sought to submit that several High Courts are dealing with the matter, the bench scheduled the petitions for hearing on Thursday, requiring the counsel to find out if any orders or responses have been filed therein, so that the bench may have the advantage thereof.

The bench was informed that notices have been issued by all six High Courts. Further, when the bench inquired as to the standing counsel for NUALS, Kochi, Mr. Khurshid undertook to effect the service via email.

In view of the conduct of CLAT-2018 being plagued by mismanagement and technical snags, six students have moved the apex court seeking the quashing of the examination held on May 13 by NUALS, Kochi and its CLAT Core Committee and praying for a retest, besides a stay on the publication of the final result-cum-merit list till the disposal of the present petition.

The grievance of the petitioners and thousands of other candidates arises from the examination, being the single window mechanism for students aspiring for admission to primer National Law Universities in seventeen different states of India, having been vitiated due to widespread infrastructural issues allegedly solely on account of the gross negligence exhibited by the said respondents.

It has been contended that, Because CLAT is a merit-based competitive examination, the position of the Petitioners in the rank list would drastically vary even based on a score gap of one or two marks. In such an examination with a limited time frame of 120 minutes, loss of time due to technical issues may render the entire effort of the Petitioners futile.

Further, since the Respondents have failed to address the representations in this behalf, There has been a clear violation of fundamental rights of the Petitioners under Articles 14 and 21. Besides, the widespread outcry of students across the nation calling for a re-examination has been the ignored. Till date, the CLAT 2018 Core Committee has not even uploaded a circular to explain the steps proposed to be taken in view of representations submitted by students across India.

The petition avers that the rotation practice conferring the right to conduct an examination to an inexperienced university such as the Respondent university has lead to pulverizing the fate of the students.

The respondents, as a National Law University established under an Act of the state legislature, being an instrumentality of the State, it is incumbent and a positive obligation of the Respondents to ensure that the process of selection of the students is in strict conformity with the principles of transparency, fair play, and accountability.

It has been claimed that the very semblance of “Equal Opportunity” protected under Article 16 is lost if the Common Entrance Examination of such a stature is marred with replete instances of gross negligence and mismanagement.

Reliance has been placed on the principles enunciated in the 2016 apex court judgment inModern Dental College & Research Centre v. State of M.P.

It may be noted that On May 21, The Jodhpur bench of the Rajasthan High Court has, while posting similar petitions on May 29, observed that if the result of the Examination is declared before the said date, it shall be subject to the decision on the said petitions. [http://www.livelaw.in/clat-2018-results-shall-be-subject-to-the-decision-of-petitions-challenging-it-rajasthan-hc-read-order/]

Another petition challenging the CLAT-2018 has been instituted before the Delhi High Court by the ABVP [http://www.livelaw.in/abvp-challenges-clat2018-before-delhi-high-court/]

The Punjab & Haryana High Court has also been seized of the matter.

The innumerable hindrances the candidates were faced with include inter alia

(a) Blank Screens while attempting the questions, for almost 10 minutes after commencement of examination;
(b) Regular hanging/disruption of computer systems provided to the Petitioners;
(c) Electricity cut and Power Failures at several centers across India;
(d) Problems in bio-metric verification of candidates.
(e) Test timers continuing to run inspite of hanging of /crashing of computer systems;
(f) Absence of a uniform protocol to deal with the allotment of time, or extension of time in case of electric failure, or technical failure of the software, or any other alternative arrangement to make up for the valuable time lost;
(g) Non – adherence to the instructions contained in the Admission Card and non-observance of pre-testing of the computer systems to obviate any technical glitches during the conduct of the examination; and
(h) No specific seats were allotted to the Petitioners and the Petitioners were made to sit on random computer systems which were presumed to be working properly as per the Respondents