Photo-Journalist Arrested By NIA For Stone Pelting In J&K Released On Bail, Court Says He Showed Bona Fide Of Being Present At Site As Journo 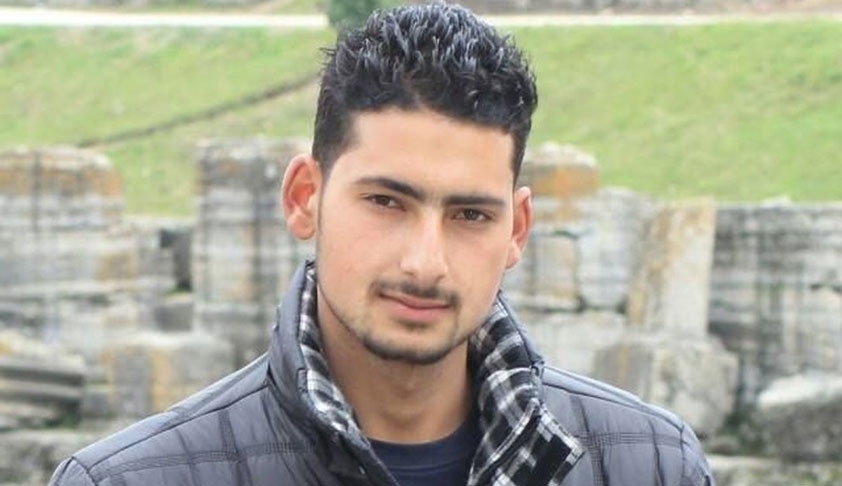 Kamran Yousuf, a photo-journalist who was arrested by the NIA for alleged involvement in various incidents of stone pelting, has been released on bail by a Delhi court which held that he had been able to show that he is a bona fide journalist covering events from the disturbed areas of Jammu and Kashmir.

Special judge Tarun Sahrawat granted bail to Kamran who was arrested on September 4 last year by J&K Police in Pulwama and thereafter on September 6 by the NIA.

“It is apparent that mere presence of the accused at the site of incident is not sufficient to implicate the accused who is a journalist, for the offence allegedly occurred during that period at that site,” said the judge noting that the NIA had failed to produce any photo/ video showing his involvement in stone-pelting.

Advocate Warisha Farasat, appearing for Kamran, told the court that he is a photojournalist of about 20 years of age and has had his work published in various well-known English and other local newspapers and has covered a  range of socio-cultural, political and government events across south Kashmir.

She submitted that as per NIA’s version he is suspected to be involved in stone pelting only by virtue of him being present at the locations where stone pelting took place but the fact remains that he had been carrying out his duties as a photo-journalist covering each and every incident worthy of being reported in respectable newspapers.

She also told the court that Kamran’s mother is a single parent working as a teacher in a private school and has raised Kamran single-handedly and Kamran has not been associated with any political organisation or subversive activity.

On the other hand, senior advocate Siddharth Luthra, appearing for NIA, opposed the bail plea.

He said terrorism in the state of Jammu and Kashmir is organised, funded and orchestrated by the intelligence agency of Pakistan by creating various terrorist organisations and by imparting training and equipping a large number of youth from the Kashmir Valley with sophisticated weapons.

He further submitted that during the course of the investigation, some WhatsApp groups acting in Jammu and Kashmir were analysed and some mobile phone numbers which were persistently located at the addresses where counter-terrorist operations were progress were identified and that so far as Kamran is concerned, he was found to be involved in several stone pelting incidents.

He also submitted that investigations revealed his links with overground workers of terrorist organisations.

Luthra said during the investigation, it was revealed that the stone pelting incident in Jammu and Kashmir was not a law and order issue rather these incidents are the outcome of the conspiracy hatched by Hurriyat leaders and the terrorist, including all accused of this case.

After hearing the arguments, the court said, “It is a matter of common knowledge that the state of Jammu and Kashmir has been affected by secessionist agenda and terrorist violence for over two and a half decades which has led to massive loss of life and injuries to about thousands of persons.”

The judge, however, went on to add that “admittedly applicant Kamran Yousuf was working as a photojournalist and he was covering all kinds of incidents ranging from social, cultural, political, economical and other activities in the Kashmir Valley and as such in my considered view, his presence on the sides of stone pelting incidence etc is intrinsic notwithstanding the fact/contention that he was not a permanent employee of any media organisation. Further, NIA has not placed on record any single photo/ video showing that the applicant accused was indulging in stone pelting activities at any site”.

“It is apparent that mere presence of the accused at the site of the incident is not sufficient to implicate the accused who is a journalist, for the offence allegedly occurred during that period at that site,” said the judge.

Farasat also drew court’s attention towards witnesses on whose statements the prosecution case is predicated. She submitted that these protected witnesses were deployed as security personnel in the battalions of operation forces and as such, they are interested witnesses. She also argued that unless corroborated by irrefutable linking evidence, their statement will amount to nothing.

Farasat also submitted that none of the witnesses stated any time or place of incident involving Kamran.

She also pointed out a part of the chargesheet where it was stated that the stone-pelters were masked and wondered how the witnesses happened to identify Kamran if the accused were all masked.

“I may mention that during the course of arguments, on enquiry the investigating officer of this case could not show any direct linkage/chat conversation of the present accused with the other accused persons chargesheeted in this case,” the court noted.

Farasat also got back with details of numbers or mobile numbers with which Kamran was in touch and showed that one of these persons is an IPS officer and the others are journalists but none of them is an accused in this case.

The court also noted that the suspects were mentioned as ‘B’ party in the case and “it was not explained as to why the prosecution did not make them an accused in this case or why did they not investigate their involvement in these offences notwithstanding the fact that the present application is pending for disposal for last more than 4 months even after filing of the charge sheet about 50 days ago”.

“It is surprising to know that the IO NIA is not able to provide details of these persons till date,” the judge remarked.

“In the instant case, prima facie I may note that the prosecution has not levelled any specific allegations against the applicant that he has been a member of any particular banned organisation as per the first schedule of the Unlawful Activities Prevention Act. Even otherwise being a member of a banned organisation will not make a person criminally liable unless he resorts to violence or incited people to violence,” the court said.

“Secondly, the prosecution has not till date shown any direct linkage of the present accused with the other accused persons of this case. Thirdly, the present applicant (Kamran) has not been found involved in any offence/ terrorist activities in the past. Fourthly, no such materials explosive or otherwise has been recovered from the instance of the applicant besides that there is no such allegation that he was arrested soon after the occurrence on the basis of the information/ clues available with the investigating agency,” the court said in its order.

“On the other hand, the applicant has shown himself as a bonafide photojournalist of the disturbed areas of Jammu and Kashmir. In these circumstances, if the court forms an opinion that there exists reasonable ground to show that the accusation is prime facie true, it would make a serious dent into the realm of personal liberty of the applicant as guaranteed under Article 21 of the Constitution of India.

“I observe that the witnesses, in this case, are the protected witnesses and moreover, they are the security personnel deployed in the operations and as such there are no chances of influencing/ threatening the witnesses tampering with the evidence,” said the court before enlarging Kamran on bail on furnishing a personal bond of Rs 50,000.

He has also been told to present himself at the NIA branch office once every week.