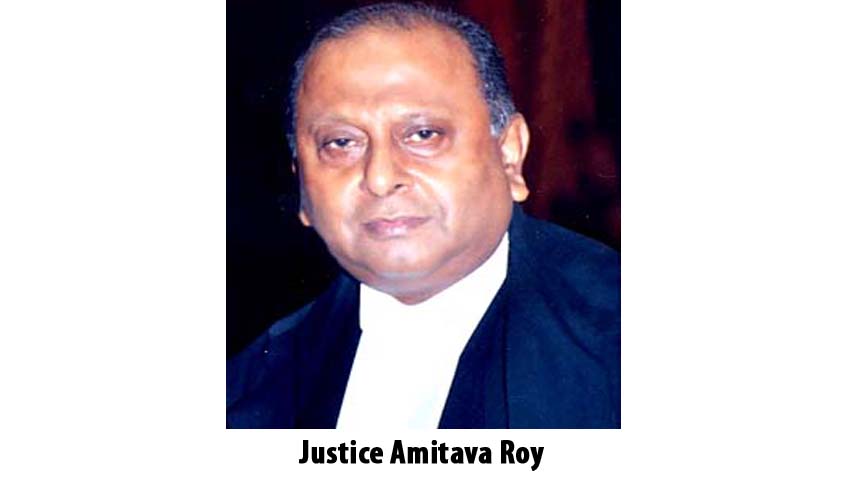 The President has given his approval to elevation of Chief Justice of Orissa High Court Amitava Roy as Supreme Court Judge. The decision was taken with urgency because Justice Roy was due to retire on February 28, as per a statement released by Union Law Minister V. Sadananda Gowda. According to a circular dated 25th February, Justice Roy’s swearing in ceremony will be held on 27th February.

Mr. Gowda also reiterated that the collegium system would continue until the National Judicial Appointments Commission comes in place. He, however, said that “as of now Justice Roy’s recommendation was the only recommendation to reach the government for elevation to the Supreme Court”.

There has been a lot of speculation regarding elevation during the past few months. Several names have come forward. According to reports, the collegium had paved way for appointment of the Chief Justice of Delhi High Court, Justice G. Rohini and Madras High Court, Justice Sanjay Kishan Kaul to be elevated to the Supreme Court.

Putting at the rest the speculations regarding appointments by the collegium until the National Judicial Appointments Commissions is put in place; Union Law Minister Sadananda Gowda had said that the judicial appointments are not put on hold until the mechanism is structured.