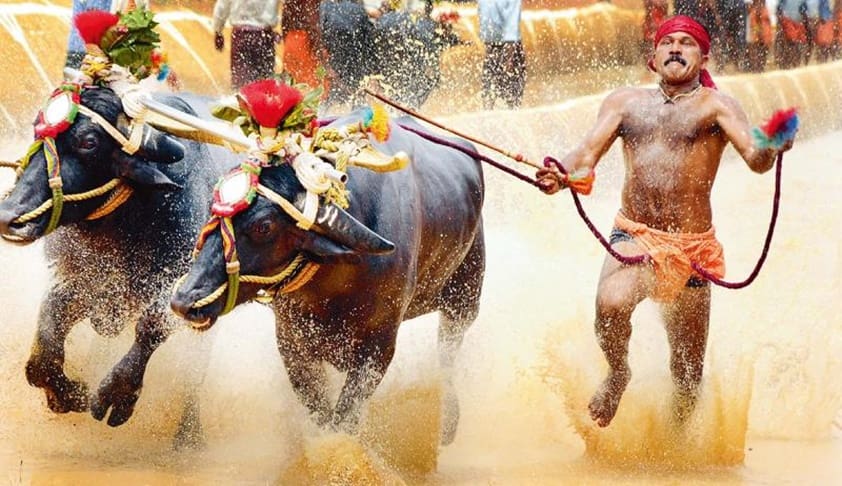 “In pursuance of the proviso to clause (1) of article 213 of the Constitution of India, the President of India hereby approves the promulgation of the Prevention of Cruelty to Animals (Karnataka Amendment) Ordinance, 2017 by the Governor of Karnataka,” an order issued by the Ministry of Home Affairs said.

Kambala races are organized in the Dakshin Kannada and Udupi Districts of coastal Karnataka. The sport was provisionally banned in 2016, after animal rights group People for the Ethical Treatment of Animals approached the Karnataka High Court.

In its verdict, the division Bench headed by Chief Justice S.K. Mukherjee had observed, “The animal rights are protected under the Cruelty to Animals Act, 1960. All animals are not anatomically designed to be performing animals. Unavoidable activities causing pain and suffering to animals must be avoided. Buffaloes could be utilized for farming, and we don't see any justifiable exemption in conducting Kambala, as these animals are not meant for racing.”

Subsequently, on 30 January, the Court had said that it would look into the Petition only after the Supreme Court pronounces its verdict on Tamil Nadu’s bull-taming sport Jallikattu.

Thereafter, the Karnataka Assembly had, on 13 February, passed a Bill to exempt Kambala and bullock-cart racing from the ambit of the Prevention of Cruelty to Animals Act, 1960. Though the Bill was sent for President’s assent, it was returned with suggestions. The Bill has now been modified and passed as an Ordinance, since the Karnataka Legislative Assembly is not in session.