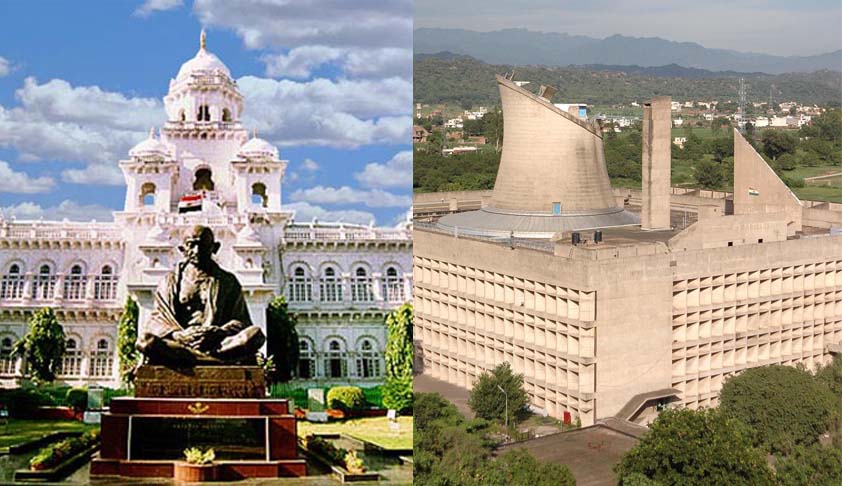 In utter disregard of the recent Supreme Court order restraining Punjab from returning Sutlej-Yamuna link canal land to farmers, the Punjab Assembly on Friday unanimously passed a resolution moved by Chief Minister Parkash Singh Badal stating that the government will not allow the construction of the Sutlej-Yamuna Link (SYL) canal since it is not in the interest of the state. The resolution was passed while Legislators of Opposition Indian National Lok Dal (INLD) in Haryana staged a protest outside the Punjab Assembly.

“The House has passed a resolution this morning in which all the political parties of the state have unanimously resolved that circumstances being what they are, the SYL Canal cannot be built. They cannot allow it to be built in defiance of the rights of the state over its river waters,” Harcharan Singh Bains, advisor to Punjab chief minister, was quoted as saying.

“The case before the Supreme Court (challenging government of India’s power to distribute water between the states) must be decided before SYL canal can even be talked about,” he added.

Moving the resolution, CM Parkash Singh Badal said that his State is facing “crisis of water” and does not have even one drop to share with others. “In view of this neither was there ever a need to construct SYL canal then, nor it is there now,” the CM told the House.

Responding to the resolution, Haryana Agriculture Minister O.P. Dhankar said that the resolution was“unfortunate”, and was quoted as saying, “I feel Punjab government has crossed all its limits and doesn't have faith in country's judicial system. It has become judge on its own.”

The resolution was passed a day after the Apex Court ordered status quo pertaining to the canal to be maintained, pursuant to an application filed by the Haryana Government alleging that attempts have been made to alter its use by leveling it.

A Constitution Bench of the Court comprising Justice A.R. Dave, Justice P.C. Ghose, Justice S.K. Singh, Justice A.K. Goel and Justice Amitava Roy had observed that “an effort has been made to see that execution of a decree of this Court is being made inexcutable.”

The urgent application filed by the State of Haryana had brought to the notice of the Court the Bill passed by Punjab Assembly on March 14. The Punjab Satluj Yamuna Link Canal (Rehabilitation and Re-vesting of Proprietary Rights) Bill, 2016, which is awaiting the Governor’s assent, it stated, would undo the effect of the Supreme Court’s 2014 verdict, calling for unhindered construction of the canal which will provide share of its water to Haryana. You may read the LiveLaw article here.

Andhra Pradesh Assembly witnessed similar unrest, with YSR Congress Party MLA R.K. Roja being denied entry into the assembly premises, despite Hyderabad High Court staying her suspension. This was followed by a sit-in on the Assembly premises being staged by the YSRCP MLAs led by Opposition leader Y.S. Jaganmohan Reddy.

Heated arguments ensued between the Opposition leaders and the Assembly security personnel. The YSRC Party MLAs then headed to the Raj Bhavan to reportedly lodge a complaint against the ruling party for not obeying the High Court orders.