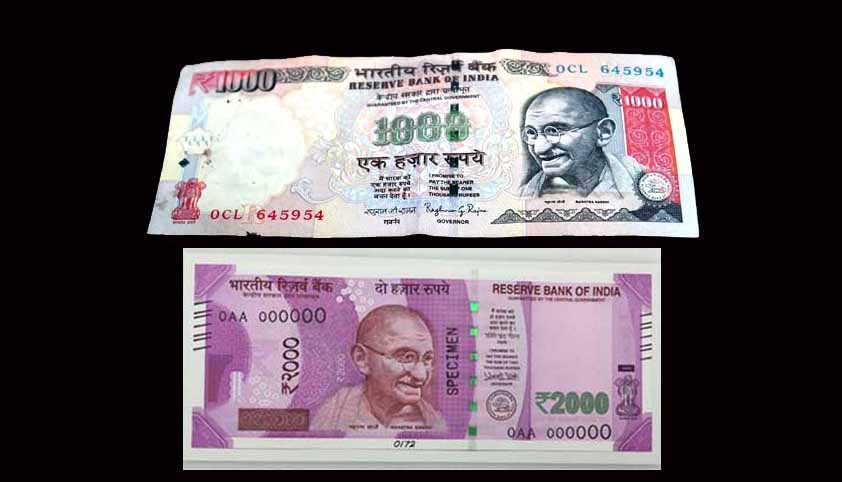 The government has announced that the legal tender character of banknotes in denominations of ₹ 500 and ₹ 1000 stands withdrawn.

In consequence thereof, withdrawn old high denomination (OHD) notes cannot be used for transacting business and/or store of value for future usage. The OHD notes can be exchanged for value at any of the 19 offices of the Reserve Bank of India or bank branches or head post office or sub-post office. Since the announcement, many questions are being asked about depositing currency notes in banks.

Revenue secretary Dr. Hasmukh Adhia tried to allay fears regarding action by the Income Tax Department with respect to old currency deposited in banks. Here is what he has to say:

Q.1  A lot of small businessmen, housewives, artisans, workers may have some cash lying as their savings at home, will the Income Tax department ask questions if the same is deposited in banks?

A.1: Such group of people as mentioned in the question need not worry about such small amount of deposits of up to ₹ 1.5 or ₹ 2 lakh, since it would be below the taxable income. There will be no harassment by Income Tax Department for such small deposits made.

A.2: We would be getting reports of all cash deposited during the period of 10th November to 30th December, 2016, above a threshold of Rs. 2.5 lacs in every account.  The department would do matching of this with income returns filled by the depositors. And suitable action may follow.

Q.3: Suppose the department finds that huge amount of cash above ₹ 10 lakh is deposited in a bank account, which is not matching with the income declared, what would be the tax and penalty to be paid on the same?

A.3: This would be treated as the case of tax evasion and the tax amount plus a penalty of 200% of the tax payable would be levied as per Section 270(A) of the Income Tax Act.

Q.4: It is believed that a lot of people are buying jewellery now, how does department plan to tackle this?

A.4: The person who buys jewellery has to give his PAN number. We are issuing instructions to the field authorities to check with all the jewellers to ensure that this requirement is not compromised. Action will be taken against those jewellers who fail to take PAN numbers from such buyers. When the cash deposits of the jewelers would be scrutinised against the sales made, whether they have taken the PAN number of the buyer or not will also be checked.

RBI’s FAQ On Withdrawal of Rs.500 and Rs.1000 Notes And Available Remedies

Rs 500 and 1000 currency Not Valid From Midnight: 22 Points You Need To Know [Read Notification]