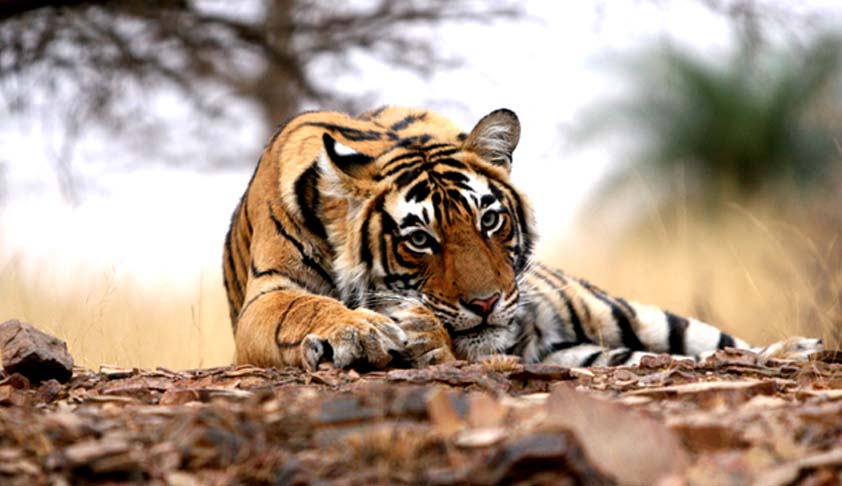 The Rajasthan High Court has dismissed a petition filed regarding relocation of Ranthambore tiger T 24 to Sajjangarh Biological Park after it had reportedly killed its fourth human victim in five years. The petition was filed by Mr. CB Singh, who claims to be a wildlife enthusiast.

Questioning the expertise of the petition, the Division Bench consisting of Justices Ajit Singh and Anupinder Singh Grewal observed that the petitioner is in real estate business in Pune and ‘claims to be a wildlife enthusiast but his knowledge in wildlife or on tigers is really not known.’

The Court also observed, “It is well known that Ranthambore is managed by extremely dedicated and carefully selected Forest Officers and staff. Their training and expertise in wildlife and tiger management is of highest degree. They sincerely monitor the behaviour and movement of each and every tiger in the reserve and even maintain their track record. They in fact do everything to protect the tiger right from the stage of birth. Such is the commitment of forest guards that they do patrolling on foot with no arms even to defend themselves when suddenly encountered by carnivorous wild animals. They risk their lives fearlessly to protect wild animals.”

The petition reportedly had stated that no permission from National Tiger Conservation Authority was taken before shifting the Tiger. Moreover, the partner and cubs of the tiger were not at danger. The petitioner also claimed that the decision was taken under pressure from the tourism lobby.

However, the bench did not agree to the submissions made and observed, “In regard to these successive killings by the same tiger, a decision was taken by the forest officials who are experts in wildlife and tiger management to translocate T 24… The decision of the experts under no stretch of imagination can be held to be hasty, arbitrary or unreasonable. On the contrary, we find that the decision was taken bonafidely as best option for tiger T 24. We are unable to agree with the petitioner that decision to shift T 24 was under pressure of powerful tourism lobby. This we say because tourism thrives on the tigers of Ranthambore and it is not the other way round. Also any move to shift tiger from it is countered with huge protests by everyone including the tourism lobby.”

The Court also added, “We also disagree with the petitioner’s submission that shifting of T 24 has spelt danger to a female tiger and their cubs. A little knowledge on tigers will confirm that mother tigress is naturally skilled to protect her cubs and trains them to hunt for survival. Added to this there is a committed and dedicated team of forest officials and staff to take careof this situation. Also Wildlife (Protection) Act 1972 nowhere mandates for obtaining any prior permission from NTCA to capture, tranquilize, translocate or keep a tiger in captivity. Its section 11 sufficiently empowers the Chief Wildlife Warden to order in writing for capturing, tranquilizing, translocating and keeping any wild animal including a tiger in captivity on such wild animal becoming dangerous to human life. The only caveat provided is that the Chief Wildlife Warden shall have to give reasons of his satisfaction about the wild animal becoming dangerous to human life and such animal cannot be rehabilitated in the wild.”

Meanwhile, the petition CB Singh has reportedly said that he will challenge the decision before the Apex Court.