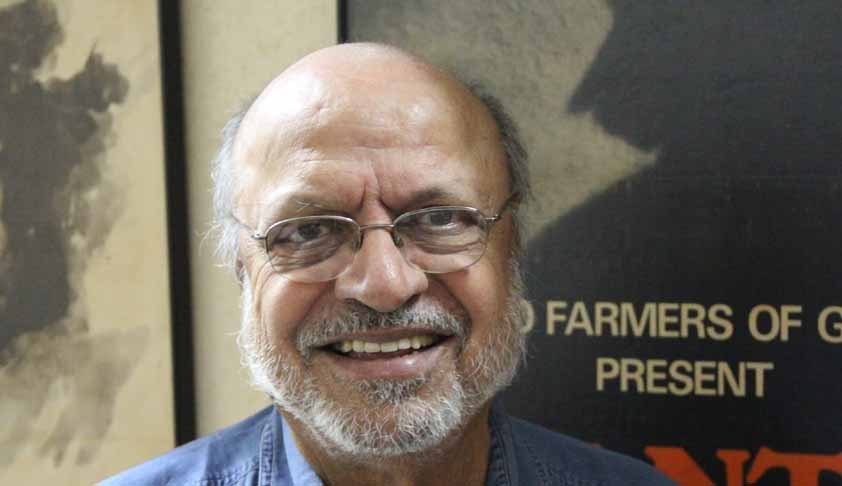 Subscription starts from
₹ 599+GST
(For 6 Months)
View Plans
Premium account gives you:
Subscribe Now
Already a subscriber?
Login
Veteran film director Shyam Benegal is all set with his 10 part mini-series called “Samvidhaan “to illustrate the story of the making of the Indian constitution.

Issuing a press release, Benegal said, “The Constituent Assembly of India sat for two years, 11 months and 17 days to debate on and draft our Constitution. By the time this mini-series is over, we would have taken a little less than that time to make ‘Samvidhaan’ and tell the story of how our founding fathers and mothers fought against all odds to give a democratic shape to the destiny of India.

It was the Vice President of India, Hamid Ansari who encouraged Rajya Sabha Television (RSTV), to explore, document and present the underlying processes, decisions, events and personalities that shaped the nation post 1947.

Benegal says, "I have always maintained that the making of the Constitution should be part of our school and college curriculum and I want the youth to watch this series. Popular sentiment dictates that young people are not interested in history but that is untrue in my opinion". Briefing about Samvidahan he said that, “It is an epic story, the story of the birth of our nation and we have done our best to do justice to it while also maintaining its historic authenticity and flavor. The idea was to bring out the drama, to make it as entertaining as it will obviously be educative.”

Over 18 months were needed for the show’s research and nearly a month to construct the set. While about 400 people were directly associated with the drafting the Constitution, over 1,000 people have been involved in the making of this serial. The show will be aired in January 2014.