Rapid Succession of CJIs: What 2017 Tells Us 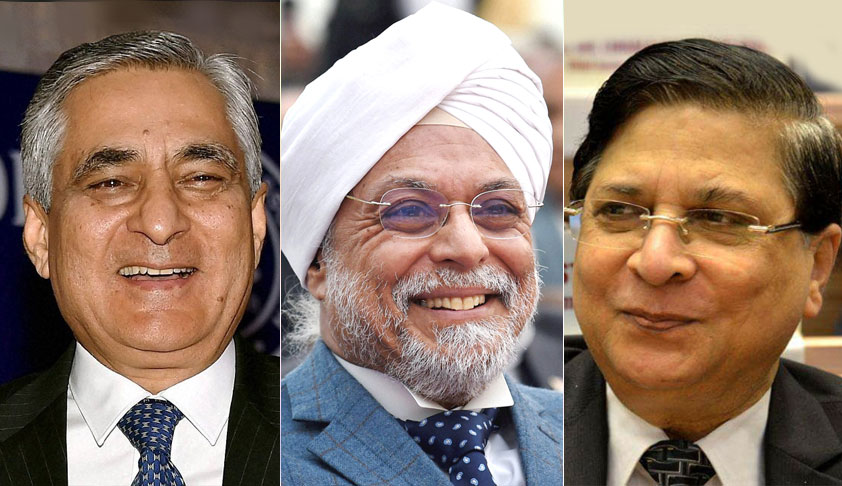 Prime Minister Narendra Modi expressed his regret that CJI Khehar had a very short tenure, lasting just about eight months. No wonder, CJI Khehar sought to make use of the summer vacation to hear important constitutional matters like triple talaq, and deliver  verdicts in long-pending cases like right to privacy, before his retirement, to make the most of his eventful, but short tenure.

2018 will have two CJIs, as the present CJI, Dipak Misra will be succeeded by Justice Ranjan Gogoi on October 3.

But the phenomenon of short-tenure CJIs is likely to the bane of the Indian judiciary, in the near future, if the line of succession in the Supreme Court at present is any indication.   Among the likely successors to the post of the CJI, Justice Uday Umesh Lalit, will have the shortest tenure, lasting for about two and a half months in 2022.   Before him, Justices Ranjan Gogoi, S.A.Bobde, and N.V.Ramana will have sufficiently long tenures as the CJIs.  Justice Lalit will be succeeded by Justice D.Y.Chandrachud who will have a tenure lasting for two years, before his retirement.

The principle of seniority in the date of appointment as Supreme Court Judges, coupled with the retirement age on completion of 65 years, which governs the succession of CJIs, has come under criticism from scholars and observers, for the aberration of short-tenure CJIs, and quick succession of CJIs in some years.  The alternatives suggested include a change that after a few years, the CJI will have a fixed term of two years and those Supreme Court Judges, who have less than two years to go before their retirement, will not be considered for appointment as the CJI.   However, this requires a consensus within the Supreme Court Collegium, and a change in the Memorandum of Procedure (MoP) for appointment, whose revised draft is yet to see the light of the day, after the Supreme Court’s judgment in the NJAC case in 2015.

A minimum two-years tenure as the CJI will help the incumbent CJI to strike a balance between his administrative and judicial responsibilities, besides testing the effectiveness of reforms which he has in mind. Others, however, suggest that any change aiming at a longer tenure for the CJI must be accompanied by suitable reform of decision-making by the CJI in his administrative capacity.  They point out that the CJI, as the master of the roster, must not have unbridled power,  and be guided in his decisions by a collegium of senior judges.