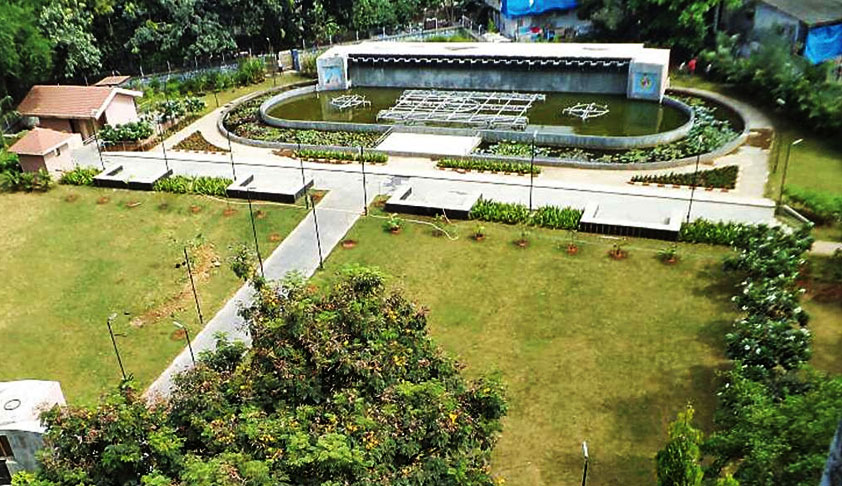 The Bombay High Court recently directed the Municipal Corporation of Greater Mumbai (BMC) to restore the 100-year-old Khajuria Lake which is a natural lake that was filled by the corporation and a municipal garden was built over it.Petitioner Pankaj Kotecha averred in his petition that the said construction was done illegally at the behest of then local Councillor and now an MLA for the...

The Bombay High Court recently directed the Municipal Corporation of Greater Mumbai (BMC) to restore the 100-year-old Khajuria Lake which is a natural lake that was filled by the corporation and a municipal garden was built over it.

Petitioner Pankaj Kotecha averred in his petition that the said construction was done illegally at the behest of then local Councillor and now an MLA for the ruling BJP, Yogesh Sagar, in collusion with BMC and Baldev Singh Maku, a corporator.

A division bench of Justice AS Oka and Justice Riyaz Chagla concluded that the corporation had failed in their duty as trustees to protect the interests of the public by allowing filling up of the natural lake and its conversion into a park-cum-amphitheater.

What does the petition say?

The petitioner stated that the said Khajuria Lake originally belonged to Vithaldas Mathurdas and other heirs of Khimji Vallabdas Trust Estate and was given to them by the state government in return for their land near old Kandivali Station. The said lake now belongs to the Collector.

However, when the petitioner visited Khajuria Lake, he saw it was completely filled and a garden had been constructed on the subject plot. According to the petitioner, illegal construction on the subject plot was done without taking permission of the Collector. Bhoomi Pujan of the garden was done in 2010 and thereafter, a musical water fountain was constructed. The municipal garden was opened in December 2011.

Khajuria Lake was used for immersing Ganesh idols during Ganesh Festivals. The said lake also contained various types of rare fish, tortoise and different types of birds used to come to the mangroves which existed there earlier, the petition stated.

An RTI query raised by the petitioner revealed that the original owners had objected to the said lake being filled and a garden being built over it in a letter addressed to the Tahsildar, Borivali and then Councillor Yogesh Sagar.

Pradeep Havnur appeared on behalf of the petitioner in the case. He has relied upon the judgment of the Supreme Court in Jagpal Singh v. State of Punjab, wherein the Supreme Court has observed that the use of ponds which are for the common benefit of villagers, cannot be auctioned for private use by the authorities/gram panchayat officials and that the lands should be restored for the common use of villagers of the village.

Havnur also relied upon the judgment of the high court in Avinash Laxman Kandalgaonkar v. The Municipal Corporation of Greater Mumbai & Ors, wherein this court came down heavily on the Municipal Corporation and the corporator for failing in their duty of constructing a municipal primary school on the plot for which it had been reserved and held them answerable to the public as to why they had used public money for the construction of a jogging park which was impermissible in view of the reservation.

The Additional Government Pleader submitted that the State had given post-facto sanction for the development of the said plot for beautification as it was reserved as an RG (recreation ground) in the development plan. He said construction over the said plot cannot be considered to be illegal as alleged by the petitioner.

“It is thus, clear from the documents that there existed a Lake on the subject plot. The Lake has been destroyed by the Respondent No. 1­Corporation filling up the said lake and converting it into a municipal garden.

We find that the post-facto sanction granted by the State Government on 10th February 2014 was specifically   for the beautification of the said Lake subject to the terms and conditions mentioned therein. One of the terms and conditions being that there shall be no change in the use of the land or otherwise the land shall be transferred to the State Government. The Respondent No. 1­Corporation by converting the said Lake to a municipal garden has breached the condition of the post-facto sanction granted by the State Government. We further find from the contentions in the Petition and documents on record that one Shri. Yogesh Sagar, MLA   was responsible for the conversion of the said Lake into a municipal garden in collusion with the Respondent No. 1­Corporation and that an amount of over Rs. 5 Crores of public money was used for the construction of the municipal garden.”

The court observed that it was the State’s duty to protect the said lake as per Article 48-A, Directive Principles of State Policy. Thus, the State and Collector of Mumbai Suburban Area are to take possession of the said plot and reconvert the existing garden into lake.