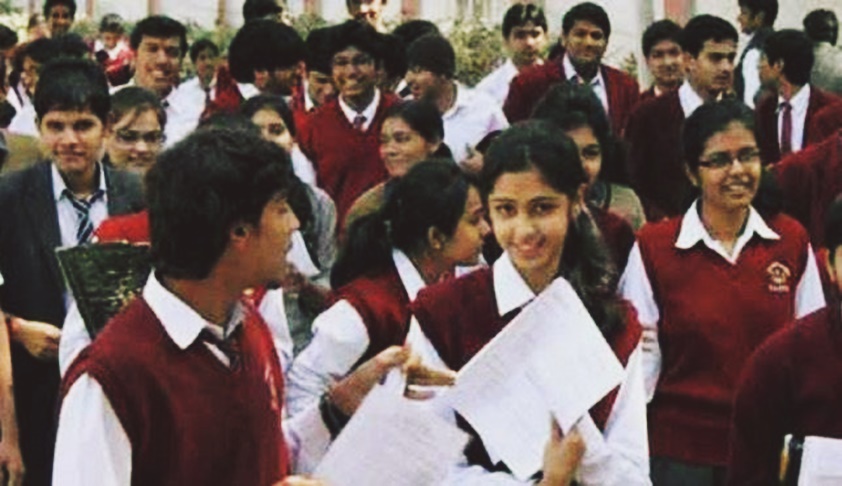 Two Class X students, who took the “leaked” Math examination on March 28, have now moved the Supreme Court challenging the CBSE’s decision to conduct Maths re-test only on the basis of initial inquiries and to restrict the same to Delhi-NCR and Haryana.

Petitioners Anasuya Thomas and Gayatri Thomas, aged 15, are students of an East-Delhi school and have, in their petition, also questioned why the CBSE had chosen to conduct the re-test in July.

They have moved the apex court through their father Jomy Thomas.

In their petition filed by advocate Pallavi Pratap, the students prayed for setting aside of the decision taken by the CBSE on March 30 to conduct the re-examination of Class X Mathematics and to restrict it to only Delhi NCR and Haryana merely based on initial inquiries that the question paper leak was restricted to these areas.

They also questioned as to why has the CBSE decided to conduct the re-test in July when students would be well into the new session and which, they say, would amount to adding to the stress of the students who have already been through much stress preparing for the Board exams by taking mock tests etc., since January.

“…the decision taken by Respondent No.1 C.B.S.E to reconduct Mathematics Paper of Class-X for only Delhi NCR and Haryana in view of the information received of exam having been compromised only in the National Capital Region and Haryana, is totally arbitrary and illegal and goes against the provision of Article 14 of the Constitution, since Delhi NCR, being the capital has people from all States and since the leak occurred through electronic means there is a very high chance that the leak was not limited to merely the National Capital Region and Haryana.

“Therefore, the decision to conduct the re-examination for only Delhi NCR and Haryana is arbitrary and illegal and ought to be struck down,” said the petitioners.

They add that if at all a re-test has to be conducted, restricting it to certain areas is not the solution.

The students added that there were already reports of similar malpractices in Bihar besides a report of a student from Ludhiana having sent a complaint to the Prime Minister and in wake of such developments, “it is highly arbitrary for the CBSE to prematurely assume that the leak has been limited to Delhi NCR and Haryana and to decide to restrict the re-examination to only that region based on such assumption”.

Re-test will lead to stigma

They also contended that identifying Delhi NCR and Haryana as the epicentre of the exam leak and conducting a re-test here only will adversely affect the students of the region as they will always carry the stigma of belonging to the region of exam malpractice and the same is against the right to life with dignity as enshrined in Article 21 of the Constitution.

They also said in their petition that the new session for class XI starts from April 16 and many students will seek admissions to new schools which are based on class X results.

“…since only the students of Delhi NCR and Haryana will undergo such a re-exam, they will be unfairly affected as compared to their counterparts”.

The petitioners also spoke against the class X Board exam being made mandatory from 2017-18 onwards, adding that on the one hand, the CBSE talks of de-stressing students with less exams, but on the other hand, it is subjecting them to the grueling schedule of exams.

“Additionally, the same has created unnecessary confusion and stress for the students as some exams are still pending. Thus, students have been made to go through such a tough time for no fault of their own,” it said.

Re-test only in Delhi-NCR a political move

The petition claimed that “limiting the re-examination to Delhi NCR and Haryana is a political move as there are elections in the state of Karnataka and other states in the coming months, including Rajasthan and Madhya Pradesh”.

“That the same is being done without any basis to downplay the damage which has occurred as a result of the leaked examination papers and the negligence on the part CBSE,” it said.