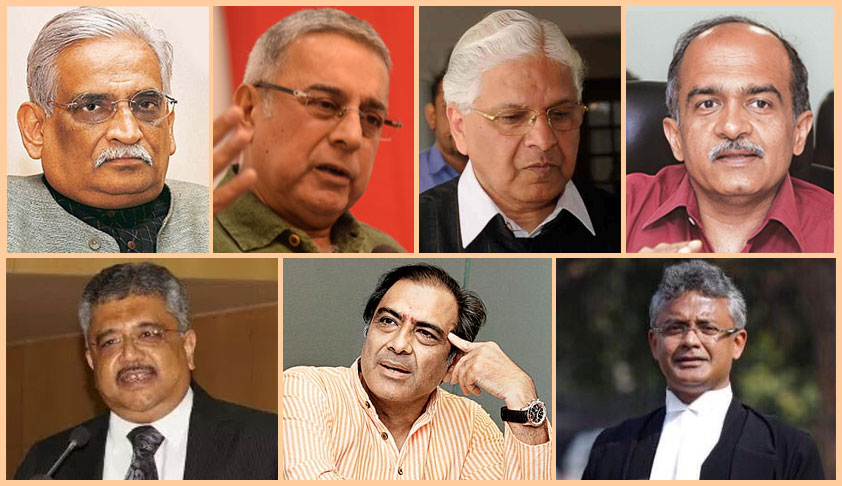 A Supreme Court bench of Chief Justice Dipak Misra, Justice DY Chandrachud and Justice AM Khanwilkar on Monday directed the governments of Haryana and the NCT of Delhi to file a comprehensive report on the living conditions in the Rohingya settlements in the said regions within four weeks.The petitions had been listed for final disposal on Monday, however, the bench refused to...

A Supreme Court bench of Chief Justice Dipak Misra, Justice DY Chandrachud and Justice AM Khanwilkar on Monday directed the governments of Haryana and the NCT of Delhi to file a comprehensive report on the living conditions in the Rohingya settlements in the said regions within four weeks.

The petitions had been listed for final disposal on Monday, however, the bench refused to address immediately the issues of the refoulement of existing refugees as well as the push back at the borders, confining itself to the concerns regarding basic human rights.

In compliance with the order at the previous hearing, ASG Tushar Mehta submitted a status report on the conditions of life and availability of basic amenities of, inter alia, water, toilets, sanitation, education and medical care: “Two teams were constituted to inspect the camps in Mewar, Haryana and Delhi, which interviewed the members of the settlements...no discrimination is found to have been manifested between the refugees and the Indian slum dwellers...there may have been some lacunae, health and sanitation being state subjects, please let the Union of India to communicate the lacunae to the states and file a comprehensive report...”

An advocate for one of the petitioners objected to the ASG’s claim: “Several slums have been demolished in Delhi and as many as 90 refugee families have been forced to live on the streets...they are using water pumps and toilets that they have arranged themselves...there are only 6 toilets for over 600 persons...almost every individual is suffering from diarrhoea...there have been several instances of deaths and molestation...”

Senior counsel CU Singh invited the bench to peruse photographs of the camps appended to his petition, advancing, “The monsoons are about to arrive...last year also 2-3 feet of water had collected...since the Union of India says it is the states’ responsibility, please appoint a court commissioner in respect of the settlements in Delhi and Haryana...”

The advocates on behalf of the states contended that the said photographs are not even accompanied with affidavits.

“We are not running away from providing health facilities and education...but we cannot offer any additional benefits to the Rohingyas, over and above what are made available to Indians residing in the adjacent slums...it is our contention that these are illegal immigrants...the concentration of these people is in Mewar and in certain pockets of Telangana...the Central government shall examine the pattern of entry...but they are living in the same conditions as the Indian slum dwellers...,” argued Mehta.

When Singh insisted that the concern is not about citizens and non-citizens but of basic human rights, the ASG retorted, “The influx of these illegal immigrants from Bangladesh is an issue since 10-15 years, so why have these petitions come only now? There is more to them than what meets the eye...”

The Chief Justice observed, “We cannot issue a mandamus to direct the provision of an amenity, but we can remove the discrimination, if any, between the citizens and refugees residing in slums”.
An advocate on the respondents’ side advanced, “These people are not refugees but illegal immigrants...rights under Articles 14 and 21 do not apply to illegal immigrants and aliens...”. “Your Lordships have, in many judgments, held that even non-citizens are entitled to basic amenities under Article 21,” intervened advocate Prashant Bhushan.
“Let me make it clear that there is no discrimination...these public-spirited individuals should see if the basic amenities are being made available even next doors where the camp ends and the slums start...there cannot be a limited public interest...,” remarked the ASG.
Backing his concern, Justice Chandrachud also noted, “Two-thirds of Mumbai is in slums...there is a big cluster of slum area in Delhi as well...provision of basic amenities to all slum dwellers has to be ensured on an equal footing and not just these refugees”.
“If the government is saying that basic amenities are being made available to the refugees in accordance with Article 21, then a court commissioner may be appointed...the government cannot argue that because the facilities are not being offered to the citizens, the refugees cannot be provided the same either...”, submitted Bhushan. “In all slums, there is electricity, water, toilets and sanitation...there are even mohalla clinics for slums in Delhi,” added CU Singh.

Senior counsel Ashwani Kumar also advanced, “Human rights are not merely statutory mandates...by all means, all amenities may also be provided to the citizens...but this argument (that what is not being made available to the citizens in the slums cannot be offered to the refugees) cannot be made at the highest court in India...it is about human dignity...”

In the course of the hearing, senior counsel Rajiv Dhawan sought to intervene: “I have been dealing with refugee law for 20 years...the question is are we dealing with a special class of persons or not...they have nowhere else to go...they have no work permit...they have no vote...they cannot voice their concerns before any MLA who would regard them as illegal entities...if they try to earn their livelihood by setting up stalls, they are harassed by the police...the situation was the same for the Burmese, the Tibetan and the Sri Lankan refugees...we are talking about the worst of the worst...the argument cannot be diluted by contending that there are also obligations towards other people...”
“To the heartless, Article 21 does not exist...Mr. Singh’s demand (for the appointment of a court commissioner) is minimal...,” he continued, suggesting that the court designate a particular official for this purpose, which was met by protests from the opposite side.

At a later stage, he suggested that the NHRC, being the “custodian of the Civil Liberties and Economic and Social Rights Charters”, be allowed to be involved in the present matter.

Senior counsel Sajan Poovayya contended, “These illegal immigrants have Aadhaar cards, ration cards and even mobile phones...in a state of limited resources, is it not the right of the citizenry dwelling in slums to have the first bite of the cherry? If a court commissioner was to be appointed, he may find something glaring that may tickle Your Lordships’ conscience...please do not allow them (the petitioners) to procure incremental remedies each time,” reiterating the ASG’s concern that there is more to these petitions than what meets the eye.

Senior counsel Mahesh Jethmalani, appearing for an intervenor, also supported the states’ claims: “The refugee problem has to be handled diplomatically...the petitioners started out with seeking protection for the rights of existing immigrants and now they are pressing for a no-pushback policy...they want the same amenities to also be provided to the newly arriving immigrants...there cannot be a privileged conclave for the Rohingya refugees...”

Bhushan also pressed for the hearing on the concerns regarding refoulement and pushback to be commenced today, to which ASG Mehta retorted, “They are opposing pushback...they want the borders to be open...”

When an advocate appearing for the National Commission for the Protection of Child Rights urged the ‘principle for repatriation and restoration’ in section 3(xiii) of the Juvenile Justice Act of 2015, praying that the children of refugees, placed in child care homes, may be reunited with their parents, Mehta remarked, “So who is preventing this? If Your Lordships pass an order to this effect, it shall imply that this is being prevented”.

The bench on Monday was informed that there are two Rohingya settlements in Delhi, six in Mewar, Haryana, and three in Faridabad, Haryana.

Noting that the status report relied on at the hearing on Monday lacks details as to inter alia schools, water and toilets, the bench permitted the ASG to file a comprehensive database on the availability of fundamental amenities within four weeks.  The matter is scheduled for further hearing on May 9.