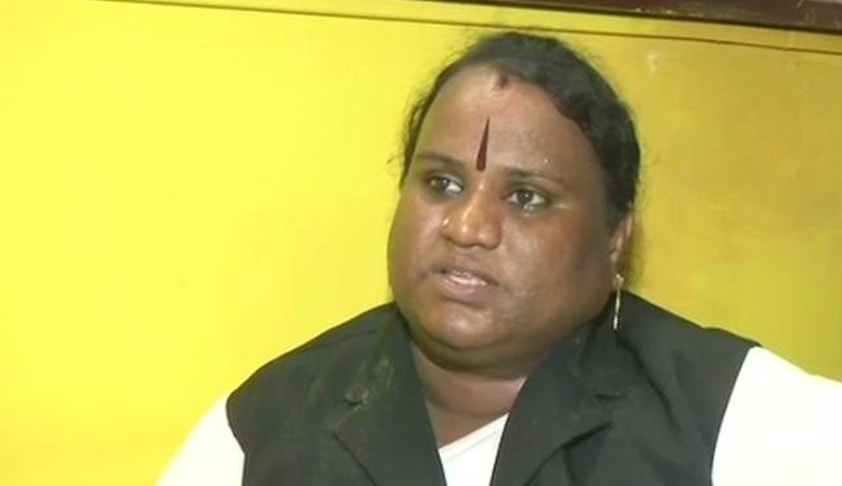 In a big win for inclusivity in the legal community, thirty-six-year-old Sathyasri Sharmila from Paramakudi in Ramanathapuram district has become the first transgender lawyer to enroll herself with the Bar Council of Tamil Nadu and Puducherry (BCTNP).

Born as Udhayakumar, Sharmila walked out of her home at the age of 18, after her neighbours began ill-treating her. She then changed her name to Sathyasri Sharmila, and completed her B.Com (Company Secretaryship) from Paramakudi. Wanting to help her community in any way possible, she decided to take up law thereafter.

She joined the Bachelors of Law course in Salem Government College in 2004, and successfully completed the course in 2007. The journey, of course, was riddled with hurdles. For instance, she had left home, but she couldn’t stay in the college hostel because she could not live with men, as she identified herself as a woman, and neither could she live with the girls, as she had enrolled as a man.

Besides, she waited for over a decade before she could feel confident enough to enroll herself with the State Bar Council. Nevertheless, she forgot all her woes when the Judges called out her name as the first transgender lawyer in the State. In fact, Justice PN Prakash of the Madras High Court, who administered oath to more than 600 students getting enrolled, said that he yearned to see a transgender as a judge of a High Court during his life time.

Full of hope and vigour, Sharmila was now quoted as saying, “I was still not confident about the treatment meted out to the transgender community in the society. But I believe things are gradually changing for us. We are beginning to be recognised after the Supreme Court registered us as third genders in 2014. Therefore, I thought the time has come to register myself as a lawyer. Serving the community is my priority now.”