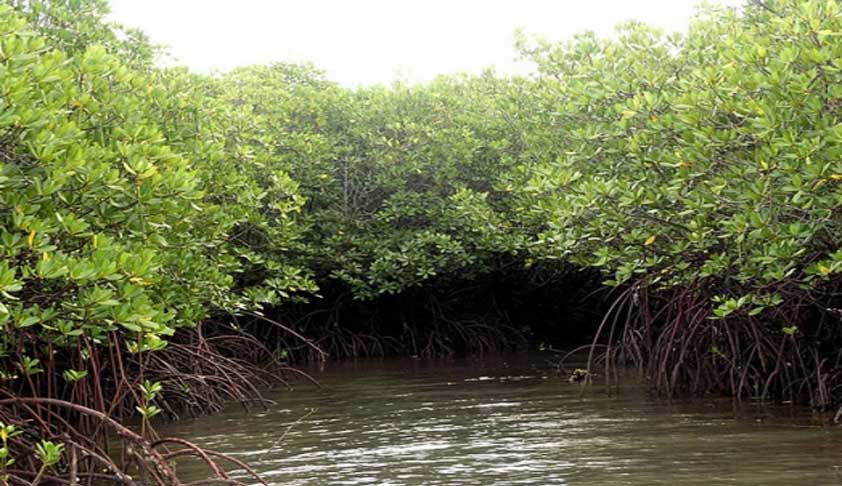 The Bombay High Court has directed Thane Municipal Corporation (TMC) to keep vigil and see that no activity other than maintenance of mangroves takes place within the boundaries of demarcated mangroves.

A bench of Chief Justice Manjula Chellur and Justice GS Kulkarni was hearing a batch of petitions filed against the destruction of mangroves for illegal constructions that had taken place within TMC limits.

Senior counsel Shiraz Rustomjee is the amicus curiae in the matter.

On May 4, the high court receiver placed certain photographs before the court that indicate substantial restoration of mangroves upon removal of illegal constructions.

The court noted that the obstruction of flow of water caused by deviation of the channel had also been removed, and steps in this direction were taken by the high court receiver, officials of the Forest Department and the TMC.

However, the bench observed: “On every such destruction of mangroves, there cannot be a marathon exercise of litigation. If only the public is alerted or cautioned by the concerned department that if anyone makes such an attempt to destroy the mangroves, there is bound to be serious consequence like present action. This requires creation of public awareness as well as alertness by keeping vigil by the department concerned. If no constant vigil is kept, possibility of a recurrence cannot be ruled out.”

Thus, the civic body has been directed to ensure that no other activity, except the maintenance of mangroves, takes place in the demarcated area and that the flow of water to these mangroves is uninterrupted.

This matter will now be listed in three months to check the progress.