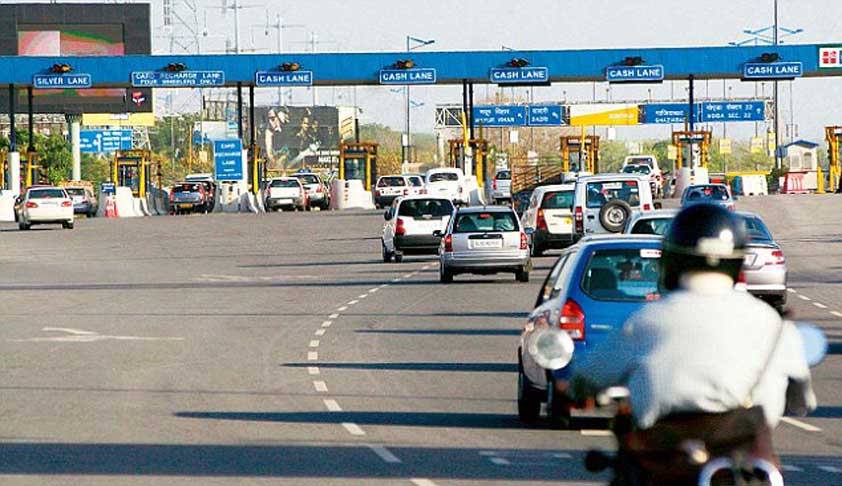 A bench comprising Justices A R Dave, R K Agrawal and A M Khanwilkar agreed to hear the appeal of the toll company after senior advocate Shyam Divan sought an urgent hearing of the matter.

Much to the cheer of Delhi-Noida commuters, the Allahabad High Court has yesterday scrapped the Delhi-Noida Direct (DND) flyway toll and ruled that the concessionaire, Noida Toll Bridge Company, shall not impose any user fee/toll from the commuters.

“This case is a glaring example of misuse of power by a public authority in first entering into the agreement and then framing regulations to bring the clauses of agreement with a private person (company) in line with the legislation so as to give it a statutory backing,” stated the court.

It was further added, ‘no private person or company can be allowed to earn profit from the public property at the cost of public at large’. The court held that ‘the user fee realised by the concessionaire under the Concession Agreement, (in the guise of power delegated upon it under the Regulations, 1998 framed by the NOIDA in purported exercise of power Section 6-A read with Section 19 of the Act, 1976), is not in conformity with the provisions of the Act, 1976’. The court held that the concessionaire had already recovered the cost and reasonable profits and in view of the clauses of the agreement on cost being recovered, the bridge can be handed down to Noida even before 2031, i.e., the 30-year period stated under the agreement.

It was also pointed out that the ‘method of calculation of the total project cost and appropriation of the user fee collection under Article 14 (Clause) of the concession agreement is held to be arbitrary and opposed to the public policy’. Article 14 has, thus, been severed from rest of the contract.

The order stated: “Going by the formula adopted in Article 14 of the concession agreement, the unrecovered cost goes on escalating and it would not be possible to achieve 100% returns of the total project cost even at the end of 100 years, what to talk of 2031.” The court, however, refused to quash the entire concession agreement although it was in the eyes of law stated to be ‘unjust and unfair’ as the practice of selection of concessionaire was found to be violative of Article 14 of the Constitution.

It was held that the Right to levy and collect user fee suffers from ‘excessive delegation’ and is in contravention to the U.P. Industrial Area Development Act, 1976. The court ruled that ‘Article 13 (Clause) of the Concession Agreement is held to be bad and inoperative in the eyes of law’.

The court contended the claim that intervention by the Court would restrict the contractual choices and rights of the parties with power of judicial review under Article 226 of the Constitution. Managed by the Noida Toll Bridge Company Ltd (NTBCL), the busy eight-lane 9.2-km road which connects Delhi on the west bank of the Yamuna with Noida and East Delhi has witnessed several protests and demonstrations seeking scrapping of the toll. The Noida Authority had authorised Noida Toll Bridge Company to increase the toll charges from time to time. Opened in 2001, the toll fee was gradually hiked from Rs 8 for each journey to Rs 28.