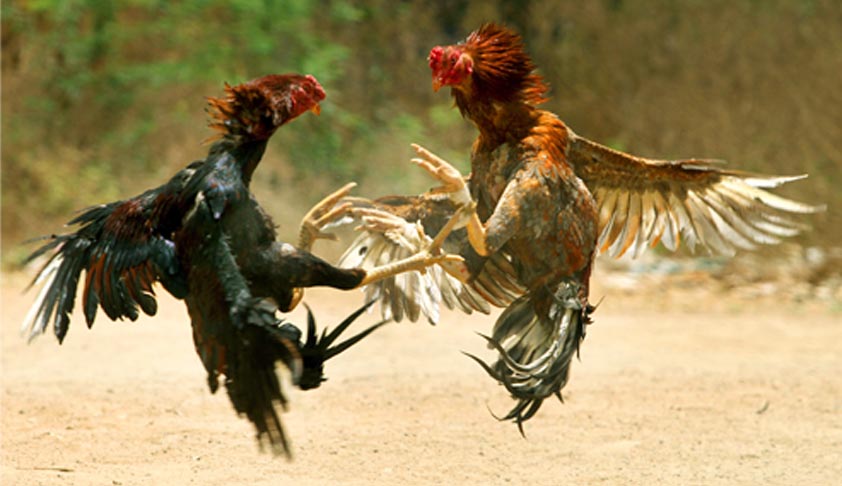 The order as to the status quo came as to the clarification put forward by Senior Advocate Anand Grover. He urged the Bench to clarify that setting aside of the High Court order did not necessarily mean that cockfight could resume. The Bench then observed that the law, as it stands now under Section 11 of the Prevention of Cruelty to Animals Act, 1960, bans animal fighting of any kind.

Hence, there would be no cockfight in the State until the Andhra Pradesh High Court considers the issue afresh.

The Apex Court was hearing a Special Leave Petition filed by social worker and BJP leader, K. Raghurama Raju and lawyer Chandra Sekhar Azad, against an order passed by the Andhra Pradesh High Court on December 29, 2014. They had argued that these cock fights are a part of tradition and culture and that without this, the festival will lose its significance.

Last week, the Court had directed to implead Animal Welfare Board (AWB) as a party to the Special Leave Petition.

The AP High Court had disposed of a petition on the issue of allowing cockfight during the festival, relying on the State Government’s submission that they had already instructed district police chiefs “to take action with regard to organizing cockfights with bettings, sale of illicit liquor, gambling and subjecting animals and birds to cruelty during the Sankranthi festival”.

However, the Government was unable to proof any such instructions before the Apex Court, which prompted the Court to set aside the impugned order of the High Court. The Bench reasoned that the High Court was not warranted in disposing of the petition, relying on a Government document that was not even produced in the Court.

The Bench ordered status quo and also discussed the fact that the High Court had not kept in mind, the Supreme Court judgment in the case of Animal Welfare Board v. A. Nagaraja, earlier in May, 2014.

The Apex Court in that case had applied the standard of “Species Best interest” subject to the exceptions arising out of “necessity” as carved out under Section 11(3) of the PCA Act. According to the Court, by forcing the bull into the vadi vassal and then into the arena, by no stretch of imagination, can be said to be “for the wellbeing of such animal”, but for the pleasure and enjoyment of human beings and causes them pain and injury. Organizers of Jallikattu are depriving the rights guaranteed to the bulls under Section 3 of PCA Act. Hence, section 3 of PCA Act is violated. Access the judgment and LiveLaw coverage here.

You may read more of our coverage of animals’ rights cases here.