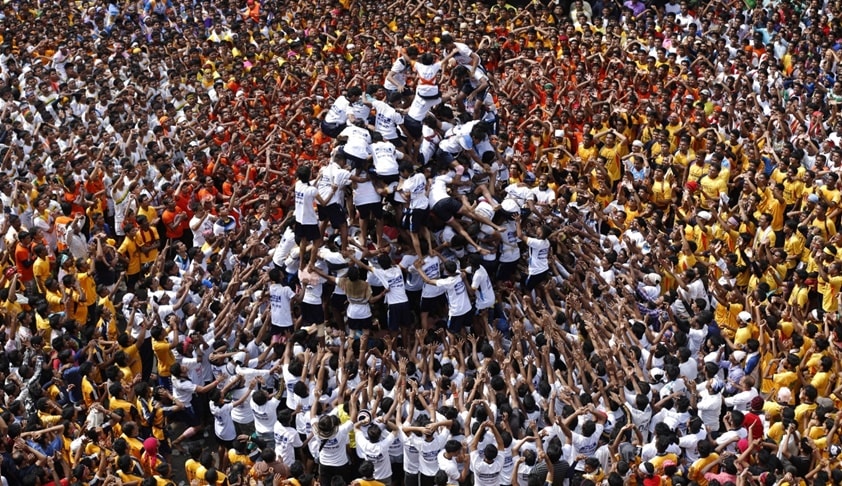 This janmashtami, will the cap on the height of human pyramid and bar on participation of minors remain or go?

Two weeks before the festival, the Supreme Court today sent back to the Bombay High Court a plea of Maharashtra government challenging its order imposing the restrictions.

A bench of Justices Kurian Joseph and R Banumathi sent the matter back to the high court asking it to consider the plea afresh “in the wake of material furnished by the state government, several NGOs and individuals”.

The judges said the matter would be taken up by the Bombay High Court on August 7.

Maharashtra government told the apex court that it has put several security measures in place and therefore, the age cap should be relaxed.

WHAT IS DAHI HANDI

Dahi Handi is a ritual which will be observed during 'Janmashtami' on August 14 this year across Maharashtra and nearby states.

The apex court had on August 17, 2016 refused to relax conditions put by the High Court like barring youths below 18 years of age from participating in 'Dahi-Handi' festival in Maharashtra and capping the height of the human pyramid at 20 feet. Few days later, a Mumbai-based organisation had sought modification of the order saying capping the height of human pyramid would take the adventure out of the festival which has become a popular and competitive sport.