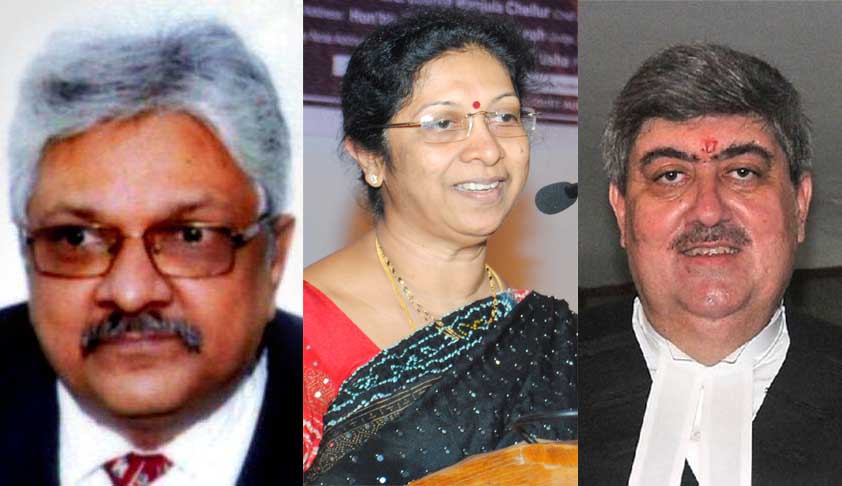 Justice K.M. Joseph was in news recently after a Bench headed by him had quashed the President’s Rule in the State of Uttarakhand.

Justice Manjula Chellur is the first woman Chief Justice of Calcutta High Court, and was the first female Judge of Karnataka High Court.

Justice Sanjay Kishan Kaul graduated in Economics (Hons.) from St Stephens College, Delhi University in 1979 and later obtained LLB from Campus Law Centre, Delhi University in 1982. He was appointed as the Chief Justice of Punjab and Haryana High Court in June 2013 before being sworn-in as Chief Justice of the Madras High Court in 2014. His recent ruling upheld the freedom and expression and led to the ‘resurrection’ of Tamil writer Perumal Murugan.